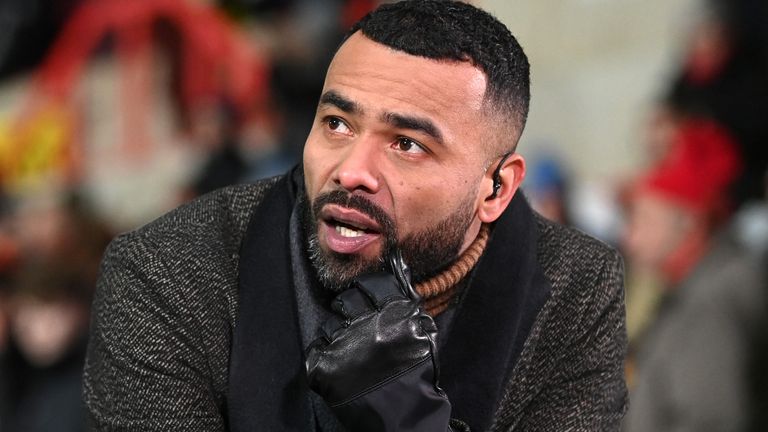 
Former England star Ashley Cole told police “I knew now, I am going to die” as masked raiders smashed into his home and tied his hands.

Kurtis Dilks, 34, is charged with being part of the gang who allegedly smashed their way into Mr Cole and his partner Sharon Canu’s home with a sledgehammer and threatened to cut the ex-footballer’s fingers off.

The ex-Arsenal, Chelsea and England defender said at least four men broke into his Surrey home in January 2020, shortly after he had settled down to watch Netflix.

In footage of the interview shown at Nottingham Crown Court, Mr Cole said: “I was on my knees, waiting to either be killed… I’ll never see my kids again.”

Mr Cole said he had just got back from work with Chelsea’s U15s before hearing a “banging sound”.

He told police: “As soon as I put Netflix on, literally 10 to 15 seconds after that, I heard like a banging sound.

“I could hear it was like outside of my bedroom, just to the left, coming through the window.

“The banging was vibrating up the walls into my bedroom. I literally looked at Sharon… and I said, ‘what’s that?'”

Mr Cole said he then looked at the cameras on his phone to see if he could identify the intruders.

He said: “I could see they were carrying a ladder towards my balcony.

“I said, ‘Sharon, there’s someone in the garden trying to get on the balcony… call the police’.”

‘I was scared for our lives’

He then recalled what happened when he stepped out onto his balcony and said: “I just looked at (Ms Canu) and said, ‘there’s people coming in the house, get the kids and call the police’.

Mr Cole told police that he went to get his daughter, while Ms Canu went to get their son.

He said: “I thought if I hide maybe they’re going to be more angry and if I have got my baby on my lap they won’t hurt us.”

The former England defender then appeared to get emotional as he put his hands on his face, before saying: “I said it wouldn’t affect me, but Jesus.”

Continuing to recall what happened, Mr Cole said: “I just heard lots of footsteps running up the stairs.

“Obviously, before that I heard the window smash.

“I was being brave, I didn’t want to show our daughter that I was scared for our lives.”

Nine other men are also on trial for their alleged part in the series of “ruthlessly executed” burglaries – including the theft of a £3.5m tiara.