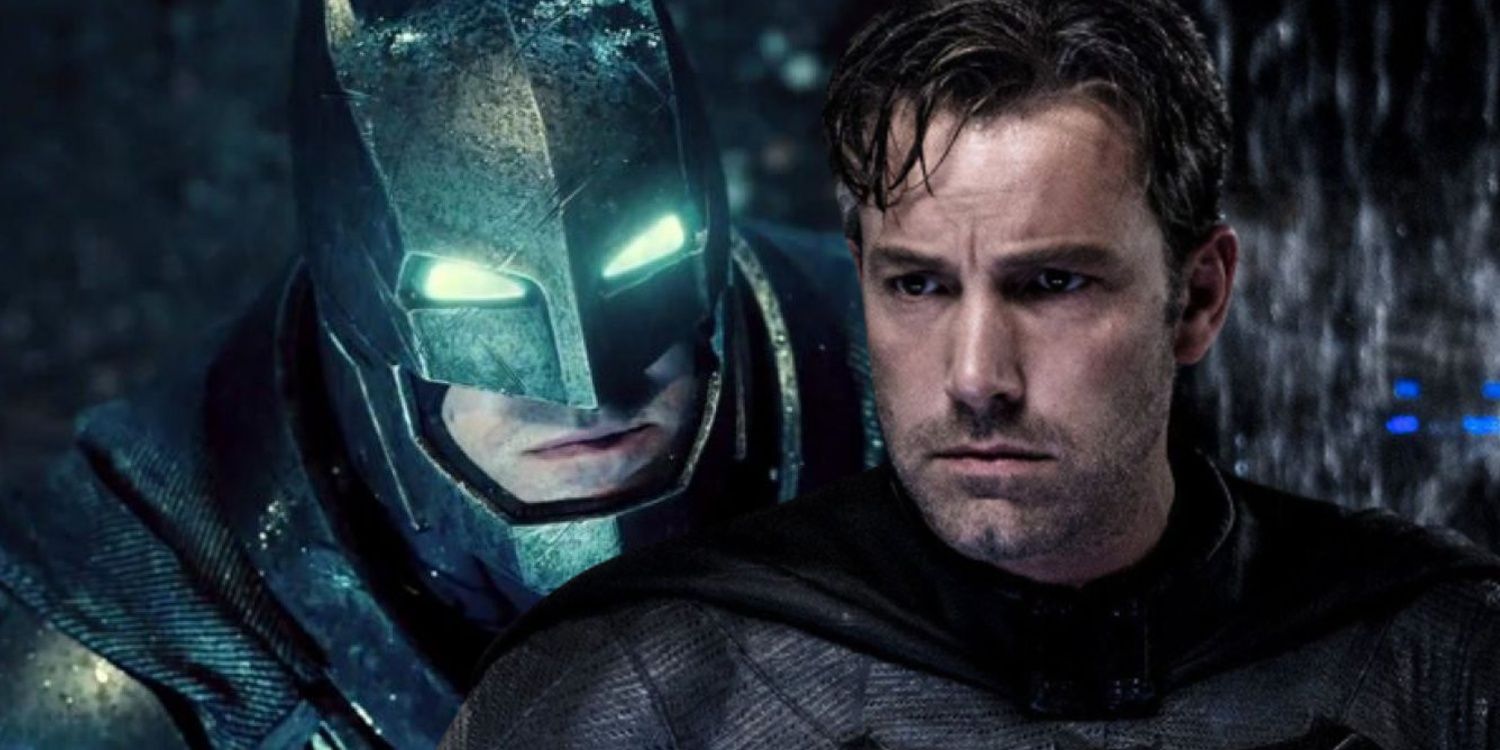 
Ben Affleck opens up about his decision to leave The Batman, saying that he didn’t have the enthusiasm for the film he felt it deserved.

Ben Affleck is opening up about why he chose to drop out of making The Batman. Affleck has played the Dark Knight since 2016’s Batman v. Superman: Dawn of Justice and would go on to reprise the role in Suicide Squad and Justice League. He was positioned to helm the first standalone Batman DCEU film before suddenly dropping out in 2020.

Before being reworked into the upcoming iteration starring Robert Pattinson and directed by Matt Reeves, Affleck was originally going to head up his own version of The Batman for Warner Bros. He was set to write, direct, produce, and star in the film before walking away from the project. In Affleck’s version, Batman would have been facing off against Joe Manganiello as Deathstroke following Slade Wilson’s DCEU debut in Justice League‘s post-credits scenes. The film was apparently also going to feature a climactic battle between the mercenary and the Caped Crusader that would see Batgirl joining the fray. Unfortunately, none of that was meant to be.

Affleck has previously said that he’d lost some of his enthusiasm for the project and felt it would be better handled by someone with more passion for the franchise. Now, in an interview with the LA Times, Affleck is offering more details about his decision to leave the project. Besides wanting the film to be in the hands of someone more enthusiastic about the character and source material, he implied that his age may have played a role in his decision as well. But he seems satisfied with his choice and the freedom it afforded him. Read Affleck’s full comment below:

I looked at (directing Batman) and thought, “I’m not going to be happy doing this. The person who does this should love it.” You’re supposed to always want these things, and I probably would have loved doing it at 32 or something. But it was the point where I started to realize it’s not worth it. It’s just a wonderful benefit of reorienting and recalibrating your priorities that once it started being more about the experience, I felt more at ease.

Luckily, fans of Affleck’s Batman haven’t seen the last of him just yet. He’ll be donning the cape and cowl one last time later this year in The Flash. Affleck has gone so far as to say that his favorite scenes he’s ever filmed as Batman are from the Scarlet Speedster’s solo film, so there’s still plenty to be excited for. It’s hard not to imagine what could have been with Affleck’s The Batman as the introduction of Batgirl would have opened the door to introduce dozens of other Bat-Family members into the DCEU. So far, the closest to that audiences have gotten was the derelict Robin costume seen in BvS.

Though there was much more to explore with Affleck’s version of Batman, the fact that he chose to step away can be seen as proof of his reverence for the character. He felt the project should be in the most capable and eager hands possible and knew those weren’t his. Some may be disappointed that Affleck’s Dark Knight never got his own solo film, but there’s solace in knowing that both Matt Reeves’ The Batman and Affleck’s final appearance as Bruce Wayne in The Flash are right around the corner.

Next: The Flash Can Explore The Most Interesting Thing About Affleck’s Batman

Kevin Phelan is a Comics Editor for Screen Rant and has been obsessed with comics, films, and TV his entire life. He just can’t believe people actually pay him for it now. His work has been featured in outlets including USA TODAY, The Huffington Post, and Cracked.com. Outside of work, he can be found continuing his quest to pet every dog in New York.