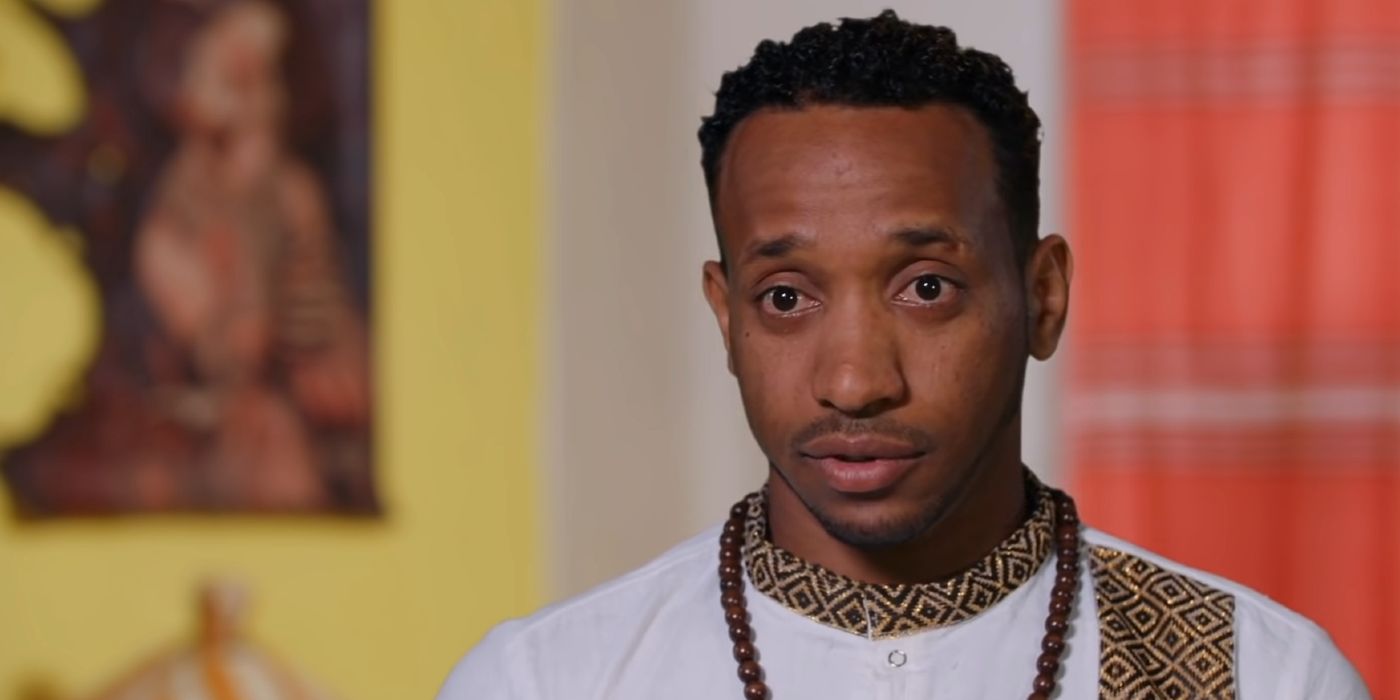 
90 Day Fiancé star Biniyam Shibre reportedly files for joint custody of his older son Simon, now that they are both in the United States.

Star of the 90 Day Fiancé franchise Biniyam Shibre is reportedly seeking joint custody of his older son Simon. Biniyam first appeared on 90 Day Fiancé: The Other Way season 2, when his girlfriend Ariela Weinberg moved from New Jersey to Ethiopia, so that she and Biniyam could raise their soon to be born son together. At the end of the season, the couple became engaged and welcomed their son Aviel into the world. Biniyam and Ariela later returned for The Other Way season 3, in which Ariela expressed a strong desire for their family to move to the United States.

Biniyam and Ariela have most recently appeared on the current 90 Day Fiancé season 9, where they finally make the big move from Ethiopia to the United States. While Biniyam is happy to be in the United States, his move prompted some viewers to remember the details about his first son Simon. Throughout the 90 Day Fiancé couple’s story, Biniyam and Ariela makes several references to Simon. In 2017, Biniyam had met and had Simon with another American woman. However, Simon’s mother left Ethiopia with him two years later and ended her relationship with Biniyam, resulting in Biniyam not being able to see his son.

A new report from Starcasm reveals that Biniyam has supposedly filed for joint custody of Simon, now that the two are both living in the same country again. The report features an excerpt of what appears to be a court notice, acknowledging the divorce between Biniyam and his ex wife. The document also provides evidence of Biniyam being granted visitation rights through the Ethiopian court system, stating “providing the Petitioner visitation rights with the Respondent having custodianship and guardianship of S.B.S.” While it looks like the 90 Day Fiancé star was granted legal visitation when his son was still in Ethiopia, these rights fell through when his ex-wife and son returned to the United States, as Biniyam was unable to get a visitors visa.

In a Reddit thread posted by u/Redditlurker1031 about the news, many users speculated and commented that a potential custody battle could lead to a new storyline for Biniyam and Ariela in a future season. “Looks like this might be their story for a happily ever after season lol,” user Hashibaby88 said. Other users debated on the legal aspects of the situation, theorizing that Biniyam might need the help of Ariela and her parents to help him gain either joint custody or at least visitation. While the process is certainly complicated, many fans hope to see Biniyam succeed, as he made it clear on the show that there is a huge hole in his heart from the pain of missing Simon.

Although the topic of Simon has not come up much throughout Biniyam and Ariela’s 90 Day Fiancé season 9 storyline, it is still possible that it may come up soon, as the season has not completed. There is also the possibility it may be discussed on the season Tell-All, which often brings up topics not directly related to the events of the season. Regardless of whether or not the custody battle lands Biniyam and Ariela another 90 Day Fiancé season, viewers are rooting for Biniyam to ultimately be able to reunite with Simon.

Next: 90 Day Fiancé: Signs Ariela & Biniyam Are Not Going To Last