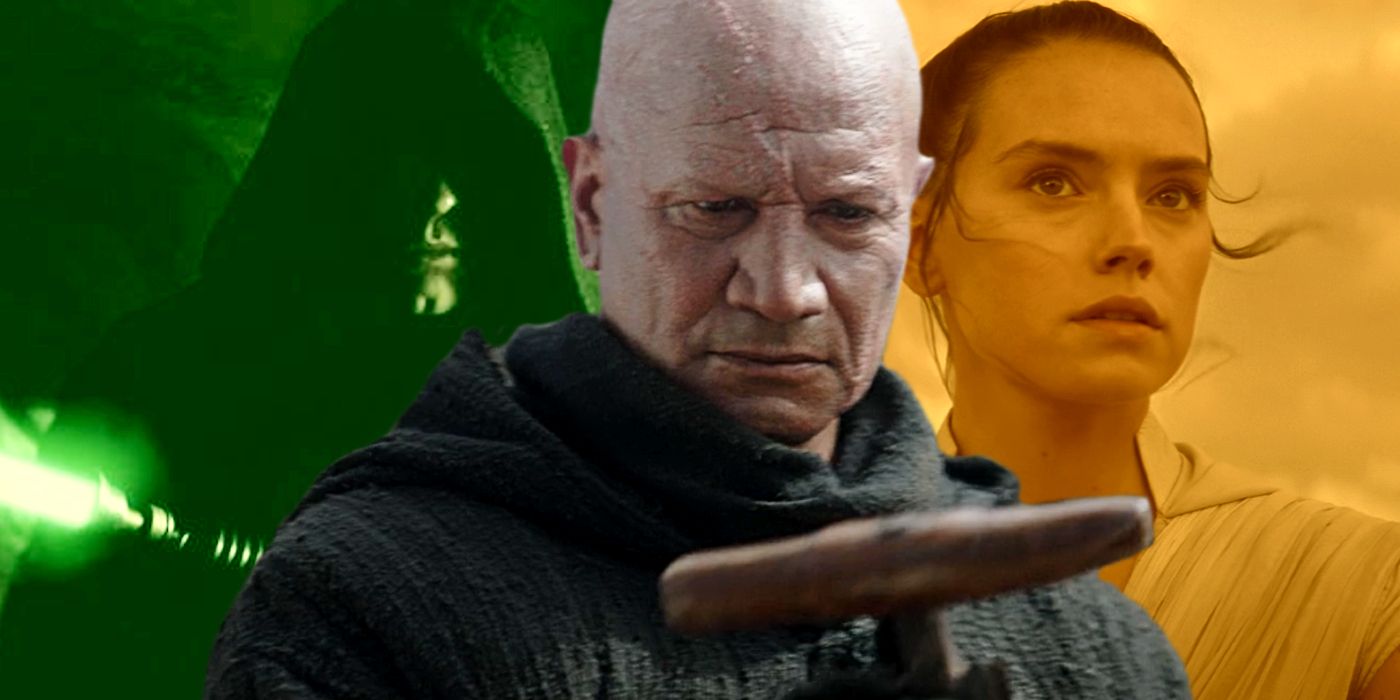 
The Book of Boba Fett puts emphasis on making a weapon, something Star Wars movies like Return of the Jedi and The Rise of Skywalker failed to show.

Warning: Contains SPOILERS for The Book of Boba Fett episode 2.

Boba Fett gets a new weapon in The Book of Boba Fett, and it highlights how Star Wars made a lightsaber mistake with deleted scenes from both Return of the Jedi and Star Wars: The Rise of Skywalker. The Book of Boba Fett arguably isn’t the show anyone was expecting; instead of an action-fuelled exploration of Star Wars’ criminal underworld and the former bounty hunter’s attempts to rule it, it’s more concerned with a slow-burn character introspection via Boba’s time with the Tusken Raiders. That’s no bad thing, despite some criticisms that The Book of Boba Fett is boring, and allows the show to explore avenues that other Star Wars movies and shows haven’t focused much attention on.

This, of course, largely means the Tusken Raiders themselves. Continuing on from The Mandalorian, The Book of Boba Fett explores the sand people’s culture and fleshes them out, putting an emphasis on the “people” part of that nickname. It shows how they communicate, how they live and survive, and how they’re far more than the mindless savages originally billed as. The Book of Boba Fett episode 2 integrates its titular character even further into their society, and shows the origin of the gaffi stick he was seen wielding in The Mandalorian season 2.

It’s this particular sequence that really feels apart from what Star Wars movies have done, because it’s the exact kind of scene they skip over, or at the very least delete. In Return of the Jedi, Luke’s green lightsaber was shown being completed in a scene from the beginning of the movie, which included Darth Vader reaching out to him via the Force. The scene was shot, but ultimately didn’t make the final cut. Similarly, Star Wars: The Rise of Skywalker originally had an entire subplot showing Rey building her yellow lightsaber, before deciding to save the new lightsaber reveal for the very end of the movie. In both cases, viewers were robbed of seeing the Jedi construct and test their new weapons, a key part of their journey in the Force that the movies have never shown.

Boba Fett isn’t building a lightsaber, but the scene in The Book of Boba Fett episode 2 serves a similar function. It’s not just about making the weapon – although that alone is interesting to see – but how it so deeply links to his character arc and the transformative journey he’s on. It’s about embedding himself in the Tusken Raiders’ way of life, of becoming closer to them, of respecting them, and of growing as a person. That’s what a Jedi crafting a lightsaber should be too: not just an afterthought or a deleted scene like in Return of the Jedi or The Rise of Skywalker, but something that binds them much closer to the Jedi and the Force.

Lightsabers are one of the most important and recognizable pieces of iconography in Star Wars, but they should be much more than just weapons; they aren’t simply shiny new objects designed to sell toys, but should have a bond with the Jedi who uses them. Boba Fett creating his gaffi stick does more to showcase how much that process can mean than any of the Star Wars movies have done with lightsabers, even though such scenes could and should have existed in Return of the Jedi and Star Wars: The Rise of Skywalker.

90 Day Fiancé: Where Before The 90 Days Stars Avery & Ash Are Now

James is Screen Rant’s Movies Lead Editor, having started out as a writer for the site back in 2019. A Sports Journalism graduate, James quickly realized that supporting Sunderland AFC was painful enough without writing about it, and so decided to talk a load of rubbish about movies and TV instead. Formerly the TV editor at WhatCulture, he has a particular love of Star Wars (The Last Jedi was great), Game of Thrones (season 8 was good), and Harry Potter (J.K. Rowling…never mind) – y’know, all that really niche, nerdy stuff. Spending most of his days editing articles about or writing on movies and shows, James likes to really get away from work and unwind by, er, watching movies and shows. He’s fuelled by pint-sized cups of tea, peanut butter, more tea, and a quiet, constant anger (like the Hulk, only not green, or strong, or big).