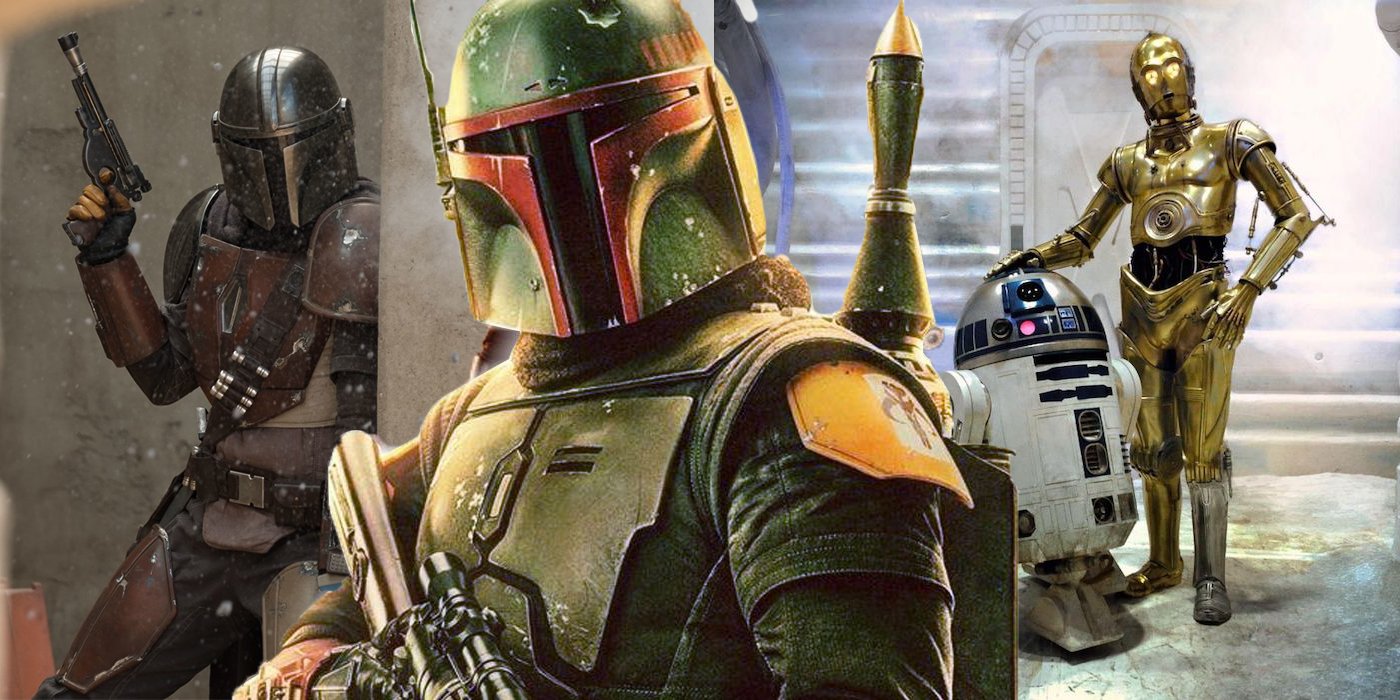 
The Mandalorian seemingly changed the meaning of the famous “echuta” insult. But The Book of Boba Fett is helping to clarify the Huttese language.

This article contains spoilers for The Book of Boba Fett episode 2.

A famous insult from Star Wars: The Empire Strikes Back was finally restored to its most agreed upon translation during The Book of Boba Fett. Fans became concerned when the famous “Echuta” insult was translated to “Hey” in The Mandalorian after it was long believed to mean something offensive when it was heard in the Star Wars original trilogy. However, the word used in The Mandalorian may not have been “Echuta” at all, but another word from the Huttese language. Fictional languages are often just as nuanced as real languages, and because of this, there may be a logical explanation for all of the confusion surrounding the various translations of “echuta” or “e chu ta.”

In Star Wars: The Empire Strikes Back, C-3PO runs into E-3PO, and the latter clearly says to the former: “Echuta,”with an extra emphasis on the “e”. C-3PO quickly follows up by saying: “How rude!” Because of C-3PO’s adverse reaction to what E-3PO says, it has generally been understood that “echuta” means something offensive. In The Mandalorian season 1, episode 1, however, someone approaches the Mandalorian and says, “Echuta, Mando,” and the subtitles translate it as “Hey, Mando” – not exactly offensive compared to what C-3PO seemed to have endured. Finally, in The Book of Boba Fett season 1, episode 2, the assassin that visits Boba Fett at his palace says, “Echuta.” There are no subtitles in this case, but it seems to have been used as an insult given the context.

It is possible that in The Mandalorian, “echuta” was not the word used at all but instead, “achuta,” which has a very different meaning in Huttese. If the word really was “echuta,” then it would be good to look at the context in which the word was used, as this could give further insight into what was meant by it. Either the word used in The Mandalorian was “achuta” or perhaps the way in which “echuta” is used could mean different things. Still, it’s something that audiences have been divided on ever since The Mandalorian‘s switch, but, thankfully, The Book of Boba Fett set this niggling little translation question to rights.

According to Star Wars: How Not to Get Eaten By Ewoks and Other Galactic Survival Skills by Christian Blauvelt, a canon reference book for the Star Wars franchise, “‘Achuta’ is a friendly Huttese greeting. ‘E chu ta’ means something impossibly rude” (p. 76). When listening closely to what is said in The Mandalorian, it does sound more like “achuta” with an “a.” That would mean the subtitles that translate the word as “Hey” would make sense. However, the man in this scene isn’t exactly saying this in the most friendly way as the reference book suggests the word is used. Regardless, when E-3PO says the word to C-3PO in Star Wars: The Empire Strikes Back and when the assassin says the word to Boba Fett in The Book of Boba Fett, they clearly are starting the word with an “e” unlike “a” in The Mandalorian.

The other possibility is the man in The Mandalorian really did say “Echuta” and “Hey” in this case is meant to come across as being very disrespectful. There is no clear translation of “echuta,” and so it really could mean anything. Perhaps the word doesn’t translate well to Basic. Direct translations between real languages work similarly; sometimes something said in one language doesn’t quite translate perfectly to another. Unfortunately, there isn’t a definitive answer to what “echuta” means in Star Wars: The Empire Strikes Back or if the man in The Mandalorian was even using that word at all. At least The Book of Boba Fett has attempted to bring back the insult in a way that audiences are most familiar with. “Echuta” will surely remain in fans’ vocabulary as an inside joke.

Next: How C-3PO Knew The Sith Language In Rise of Skywalker

Erika St. Denis has often turned to various forms of entertainment throughout her life when she needed a safe place. Her all-time favorite franchise is Star Wars and she can most certainly recite every line from Parks and Recreation. St. Denis loves to write about evergreen content and movies and TV shows that portray LGBTQ+ people positively.