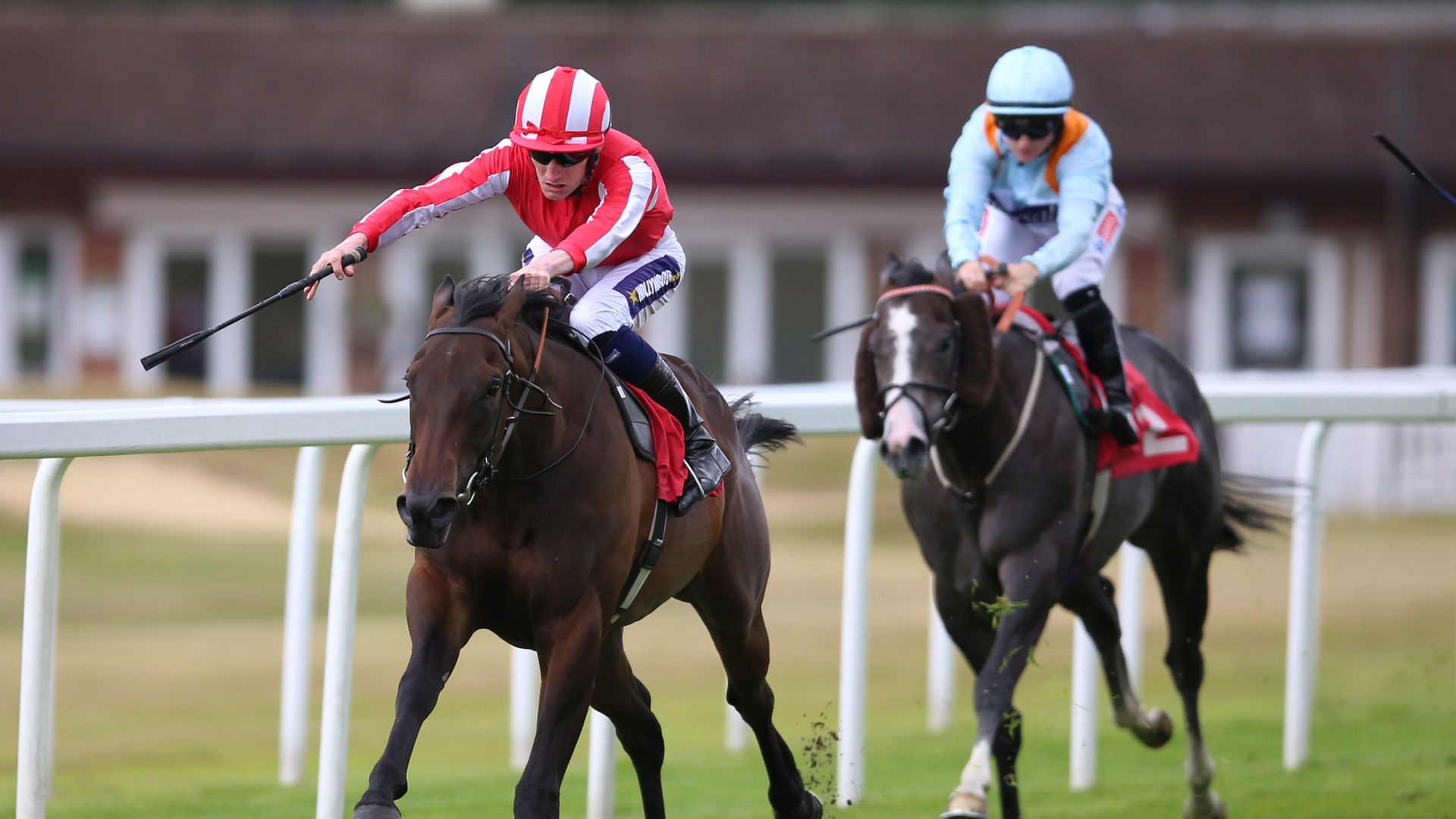 George Scott is leaving no stone unturned with Rocket Rodney as all roads lead to a trip to Keeneland and the Breeders’ Cup in November.

The speedy son of Dandy Man has acquitted himself well in his career to date, already a runner-up in a hot renewal of the Windsor Castle Stakes at Royal Ascot and a Listed winner in Sandown’s Dragon Stakes.

Those two high-class performances saw the youngster sent off as the evens favourite for the Molecomb Stakes at Goodwood, where Rocket Rodney again advertised his smooth-travelling nature and blistering pace before being mugged in the closing stages by the unexposed filly of Richard Hannon, Trillium.

Scott is now working towards Rocket Rodney’s end-of-season target at the Breeders’ Cup and sees a trip to the French capital for the Prix d’Arenburg at ParisLongchamp on September 1 as the ideal place to record both his third victory of the season and get his stable star acclimatised to travelling oversees.

“He’s come out of the race at Goodwood well,” said Scott. “With a month or so until his next anticipated start I’ve been able to give him a quiet week.

“I’m keen to get his head back in front and the Group Three Prix d’Arenburg could be the ideal place.

“My plan is very much to focus on the Breeders’ Cup in November, so getting him travelling certainly won’t do him any harm ahead of going to America.

“He’s rock-solid mentally, but the experience of getting him on the box and on the ferry to Paris can only benefit if we’re thinking of going to Keeneland later in the year.

“I think he’s a horse that is going to be best held up as well. At Goodwood he travelled nicely into the race and was there to be shot at by Richard Hannon’s filly, but at the same time we were beaten fair and square on the day.

“It’s still early days with these horses and I’m learning about Rocket Rodney all the time. I’m confident he’s a top-class horse and I’m looking forward to what lies ahead of him.”