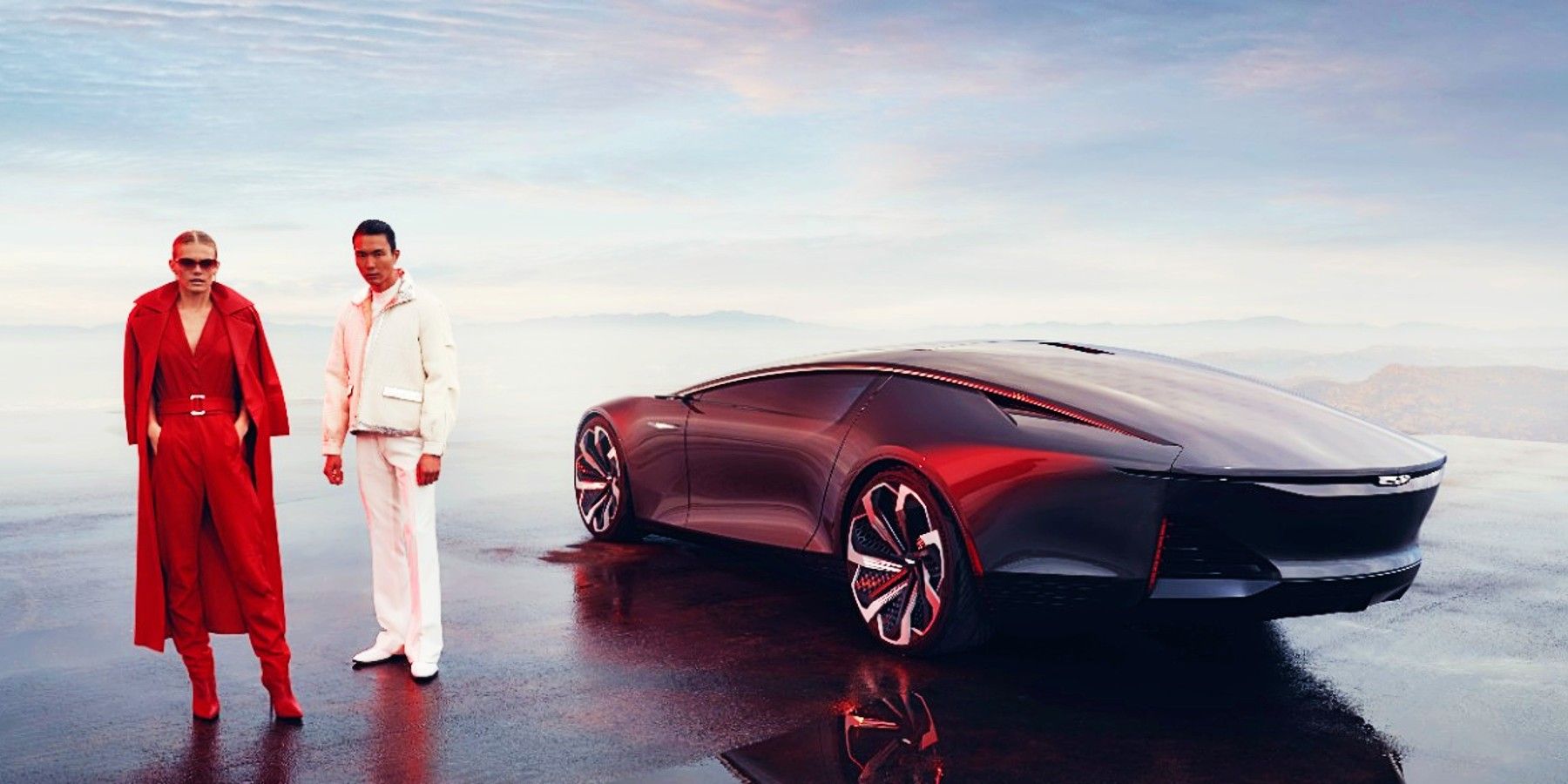 
Cadillac is playing the long game with the Inner Space, a concept for the distant future, with wild ideas for mobility and a utopian vision.

Brands have opted for two tactics when it comes to the EV market. One of these tactics is surprising customers with vehicles ready to roll out the assembly line, like BMW or the Hummer did. Playing the long game is the other. Companies like Chrysler and their Airflow EV reveal concepts that will only be out in the distant future.

Related: The Cyberpunk Vehicles Of The Future May Have Qualcomm Brains

The iconic U.S. brand Cadillac is playing the long game with the Inner Space EV concept. It only takes one short glimpse at the car to notice that it is more than impressive, but the technology and the world are nowhere near ready for it. The Cadillac Inner Space is so deeply immersed in the future that it does not even have a steering wheel. All in all, it looks as if a Lamborghini just crashed in from the future while going through a multi-dimension-metaverse.

Is It Cool? Yes. Will We Drive It Soon? Definitely Not.

Everything about the Inner Space Cadillac depends on the car’s ability to drive itself. Unfortunately, this would require Level 5 self-driving, a technology that is years from taking place. However, Cadillac is banking that they will have the technology in a few years, so it created a car that is not for driving. Instead, it is for passengers to focus on the journey and themselves.

A massive screen takes the front spotlight right where the steering wheel used to be. The car’s doors open up instead of to the side, revealing a two-person luxury interior. Even Cadillac recognizes their car is a long shot for the future, “they are visions for the next decade and beyond,” Bryan Nesbitt, General Motors executive director, says. Cadillac did not even bother to release any official information on the electric motor it will use, what ranges it will have, or how fast it will drive. Most likely, this is because they have no idea about that yet.

The car’s flagship software is GM’s Ultifi platform, which like Tesla’s software, will be updated over the air. In addition, Cadillac says drivers (no longer needed) will be immersed in augmented reality experiences through the panoramic SMD LED screens. However, the low-riding Cadillac Inner Space still conquers our attention despite its science fiction theme. It is a vision of what most believe future cars will look like. Cadillac says that in this utopia, driving with AI and machine learning, the Inner Space will be “fully autonomous,” have “zero crashes, zero emissions,” and live in “zero congestion” streets.

Next: Sony Is Working On An Electric SUV, And Here’s The Prototype