Max Verstappen held off Carlos Sainz in a thrilling battle to claim the first Canadian GP victory of his career in an action-packed race in Montreal.

A late Safety Car at the Circuit Gilles Villeneuve set up a gripping finale, but Verstappen superbly defended the Ferrari of Sainz – despite having older tyres on his Red Bull – to ensure he significantly extended his world championship lead.

Lewis Hamilton managed to find some pace – in a Mercedes he described as “undriveable” on Friday – to claim a first podium since the opening race of the season, while his team-mate George Russell followed in fourth. 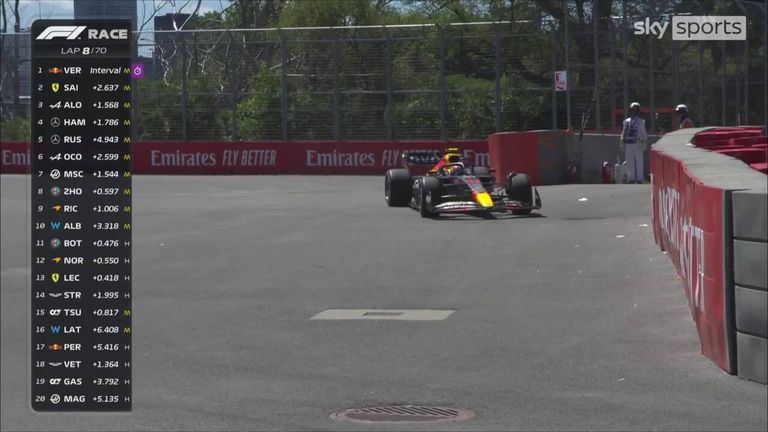 Charles Leclerc recovered to finish fifth in the other Ferrari after starting on the back row having taken a new power unit for the race, while Sergio Perez’s hopes of challenging his Red Bull team-mate for the world championship suffered a major blow as an early gearbox failure saw him retire.