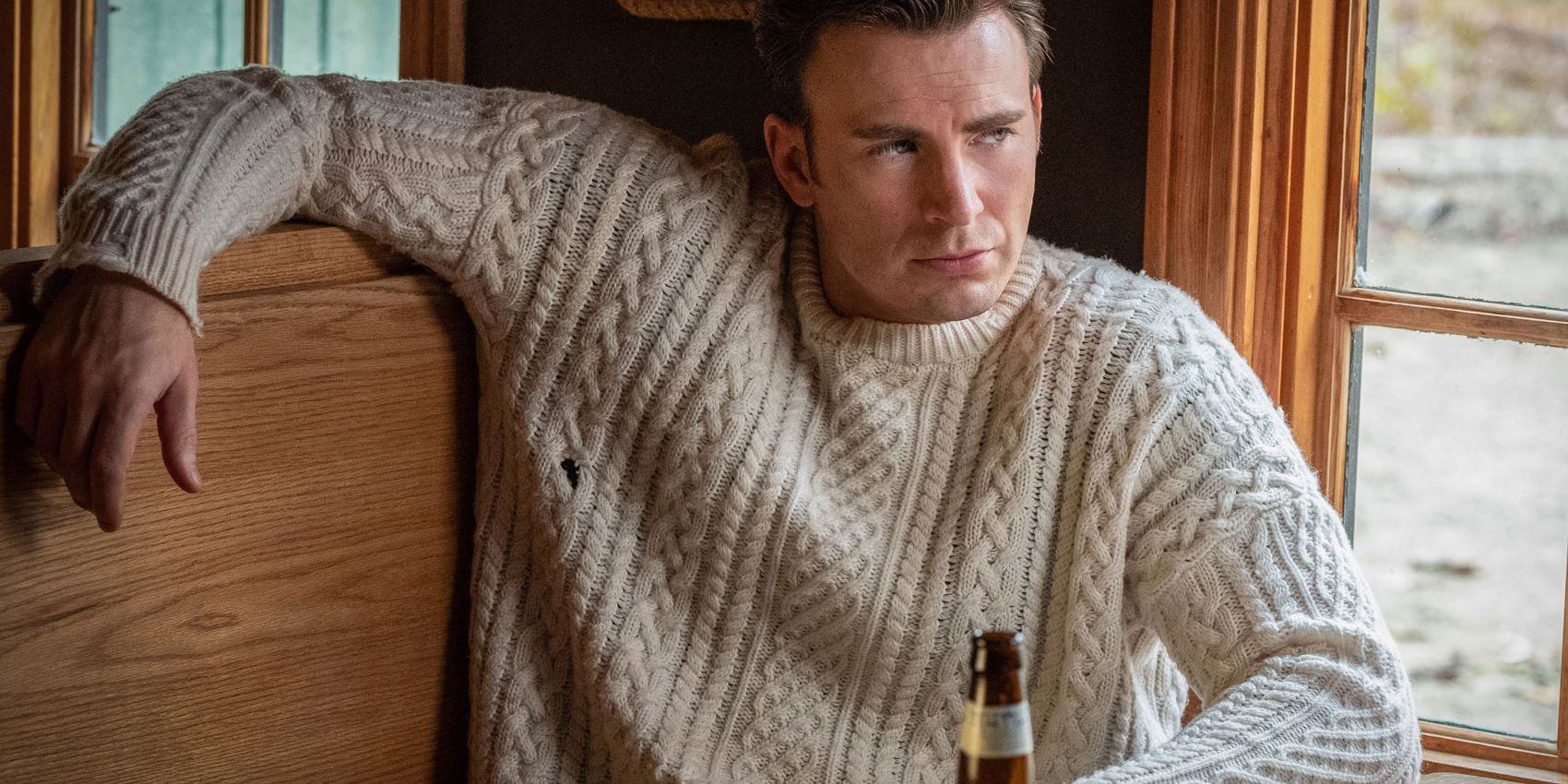 
Working on the Marvel Franchise for over a decade has helped Captain America actor Chris Evans find ways to deal with his anxiety and quiet his mind.

Actor Chris Evans shares how he deals with his anxiety. Evans has a diverse resume due to his many years of performing, but he is perhaps best known for his role as the Marvel Cinematic Universe’s Captain America. After a 10-year stint as one of the most recognizable faces in media, he finally parted ways with Marvel in 2019. Since then the actor has taken on several projects, with his most recent role as Buzz Lightyear in the highly anticipated Lightyear, a prequel to Pixar’s Toy Story franchise.

Evans has previously opened up about his struggles with anxiety, particularly surrounding his work with Marvel. In 2018, the actor revealed that he initially rejected his Captain America role. Upon first entering the MCU, Evans was apprehensive about the six-movie contract, as he was making a decision that determined his life for the next decade. It was also a concern that he would be altering his life permanently, as the success of Captain America would mean the loss of Evans’ anonymity.

In a recent interview with MTV News, Evans shares details about his anxiety and his methods of coping with it. With over 10 years in the Marvel spotlight, he credits his fame with helping his anxiety, as he was forced to confront his fears. The actor spent a lot of time worrying about what could potentially happen, but his time in the limelight helped him to realize that those fears often don’t come true. That’s not to say that everything always works out in Evans’ favor, but he tries to distance himself from distressing thoughts. Check out his response below:

Like most of our anxiety in life, it’s about these fears about what will happen. You know, when you’re able to still your mind, and be present in your body, those fears melt away. Anxiety in general is predicated on living outside of the moment, you know, analyzing the past and worrying about the future. So over ten years of making these movies, and being forced to do big-stage sort of things, you realize that a lot of the fears you had never really do come to fruition, and look even if they do, I’ve had some things that haven’t always gone the way I wanted to, when you choose to not dwell on them, to look for them, to read or absorb them, they do disappear. You know, you do have the opportunity every day to construct the reality in front of you and that starts with being present and in your own mind and understanding how to stop your mind from making noise. So, in a weird way, it’s [Marvel] been my classroom. You know, this acting landscape has kind of forced you to hone some ability in terms of stilling your mind. And in turn you realize that a lot of the fear that breeds anxiety, never really happens, and it’s your own making.

Everything is always going to be fine, always anyway, always anyway. […] It’s always about the level of perspective you’re looking at it from. From 10,000 feet up, I mean, shoot, not to be somehow morbid or cynical, but eventually, even this world will go away. … This idea of kind of a permanence to your story is a fallacy. There’s this great idiom or story, proverb, whatever you want to call it, If you took a glass of water and you put a handful of salt in it, and took a sip, it would taste terrible, but if you took that same handful of salt and put in a lake and sip the lake, you wouldn’t taste the salt at all. The salt is your pain, your fear, your sadness. Be the lake, you know what I mean? Depending upon how you’re looking at the world if you make your world small, your pain can feel loud and big. But if you recognize that you are timeless, and that your thoughts are not you, and that you’re bigger than all of it, the pain melts away.

Even as people like Evans speak up on their experiences, there is unfortunately still a stigma surrounding things like anxiety, and poor media representation sadly contributes to this by spreading misinformation. Recently, there has been a push to include more accurate depictions of mental health issues and neurological disorders, and audiences are starting to see better representation. One of the most recent examples is the Moon Knight DID storyline, which series star Oscar Isaac has said earned positive responses from people with the disorder, which has historically been depicted very exploitatively.

Those with anxiety often feel isolated in their experiences, so Evans being open about his own struggles could help make someone else feel a little less alone. However daunting it may be, talking about mental health issues, as Evans does in the above quote, helps to remove the stigma embedded in these topics. For many, working to overcome fear and anxiety is a constant uphill battle, so it’s a tremendous feat that Evans has found a technique that works in reducing his own.

TV/Movie news writer based in Scotland. Always looking for new media to consume, and is obsessed with spoilers. Has way too many opinions on fictional characters. Ellisha began writing for Screen Rant in 2021.