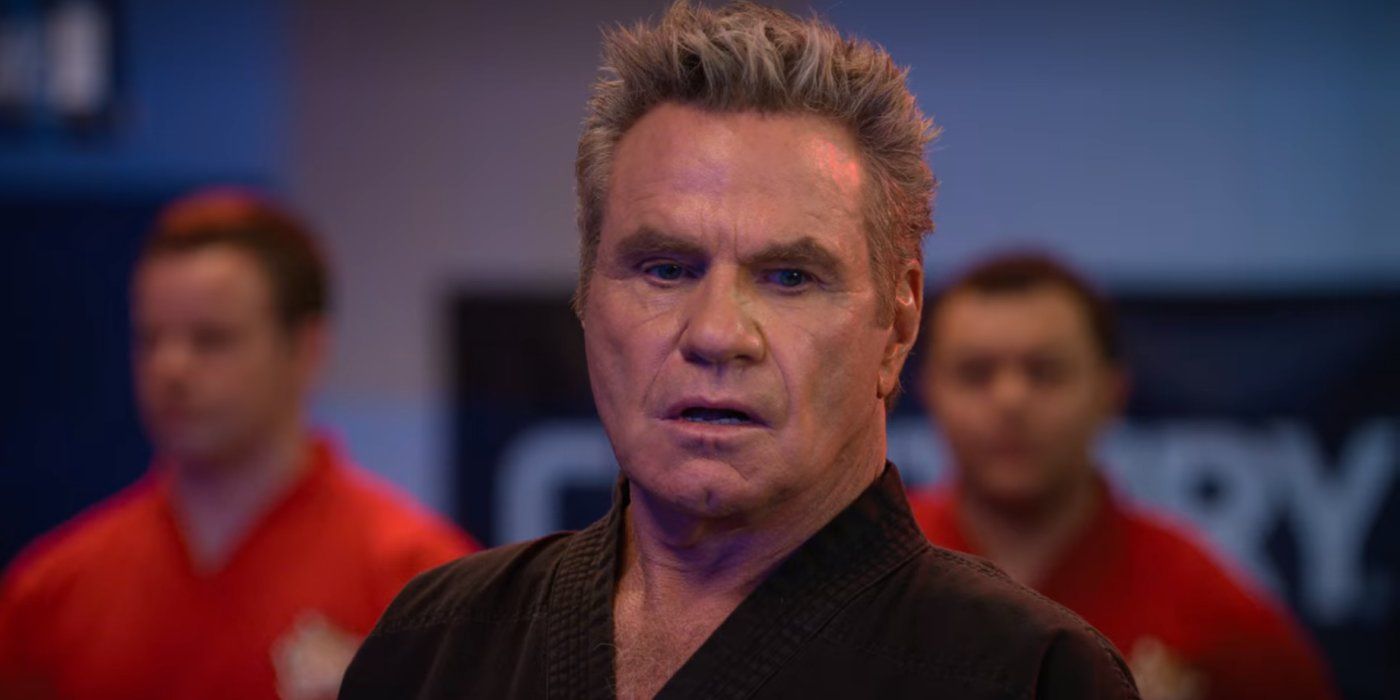 
Cobra Kai Season 4 surprised cast & extras with a very famous country star cameo that had her performing a theme song from The Karate Kid.

Netflix hit Cobra Kai Season 4 surprised cast and extras with the cameo performance from country singer Carrie Underwood. Starring William Zabka, Ralph Macchio, Martin Kove, Thomas Ian Griffith, and a host of young stars, Cobra Kai follows the rivalry of competing dojo’s to gain supremacy in the valley. The show started on YouTube Red before being picked up by Netflix in its third season, where it’s now produced through the streamer and has quickly grown in popularity to be one of their most prominent originals.

During the opening of the All-Valley Karate Tournament in the penultimate episode of Cobra Kai season 4, country singer Carrie Underwood shows up to belt out a tune for the onlookers, making it a special appearance all around. Underwood performs the song “Moment of Truth,” originally sung by Survivor on the soundtrack for the first The Karate Kid in 1984. The performance is played over a montage of the opening bouts in the tournament, which is a clever nod to how it played in the original film.

The Underwood appearance was even more special as neither the cast nor the extras on set knew she would be there, let alone performing a song. Showrunner Jon Hurwitz says they reached out to the singer (via TV Line), a vocal fan of the show, by writing a letter to appeal for her to show up on set and perform a song from the old The Karate Kid soundtrack. Hurwitz recalls her reaction, as well as that of the cast and crew, saying:

We’re all fans of her work and appreciated her love of the show, so we asked if she would mind popping down from Nashville and heading over to Atlanta to spend a day on set and perform this remake of one of the songs from the original Karate Kid soundtrack. She was game immediately. She appreciated it and was excited. This was a fun thing for her family for her to appear on the show, and to step in front of this All Valley crowd who had no idea that she was going to be appearing. It was amazing.

Carrie Underwood got her TV start by appearing on the show that ultimately launched her music career; American Idol. Underwood won the competition in 2005, sending her to superstardom as a country singer, but that didn’t stop her TV appearances. Before Cobra Kai season 4, Underwood also appeared in Sesame Street and Blue Bloods and the films Soul Surfer and Pop Star: Never Stop Never Stopping (as herself).

Underwood’s performance in Cobra Kai season 4 marks another nostalgic nod that the show excels at, which bridges the gap between the older films and a newer audience. As with the acting performances and overall storyline, Underwood’s appearance on the show is more proof of the show’s impact, as the singer was already a fan of the show. Another fan, Andrew Garfield, has been vocal about his adoration for Cobra Kai, which has even sparked rumors that he may appear in a future season. With so much love for the show floating around, likely, Underwood will not be the last celebrity guest on the show.