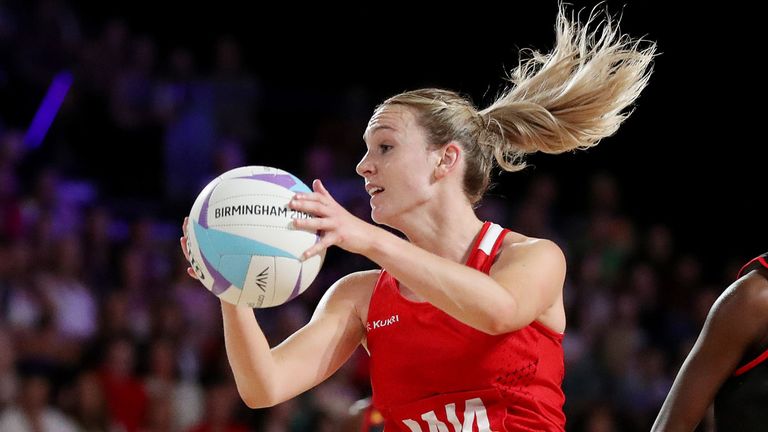 
England remain unbeaten in Pool B and a 56-35 victory ensures they will take part in Saturday’s semi-finals; a meeting on Thursday night with New Zealand should determine if they finish first or second in the group; England are the defending Commonwealth Games champions

England booked their place in the semi-finals of the netball competition at the Commonwealth Games after a 56-35 victory over Uganda on Tuesday.

Jess Thirlby’s team will finish either first or second in Pool B and a duel with world champions New Zealand on Thursday night should decide that, as long as the Silver Ferns beat Trinidad & Tobago later on Tuesday.

From the outset, England’s full-court defensive pressure helped to limit Uganda’s options and in attack, England worked quickly and smartly.

The home team hassled hard to open up a 25-15 lead by half-time. A strong third quarter put the game out of Uganda’s reach and enabled England to withstand the She Cranes’ tenacity in the last.