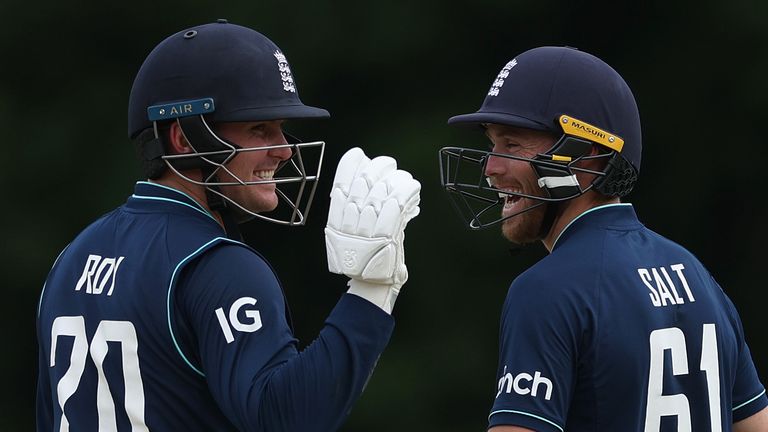 
Jason Roy (73 off 60 balls) marked his 100th ODI with a half-century as England beat Netherlands by six wickets in the second ODI to take an unassailable 2-0 lead in the series; Phil Salt (77 off 54) shared an opening stand of 139 with Roy as the tourists comfortably chased down 236

England sealed a series victory over the Netherlands as they cruised to a six-wicket win in the second one-day international at Amstelveen.

In a match reduced to 41 overs per side following heavy overnight rain, the home side were restricted to 235-7 despite stand-in captain Scott Edwards (78 off 73 balls) scoring his second half-century of the series.

Following England’s world-record 498 at the same venue on Friday, it never seemed likely to challenge them and despite a brief mid-innings wobble from the tourists, the victory was secured with 29 balls to spare.

England will now aim to complete a 3-0 series sweep at the same ground on Wednesday.