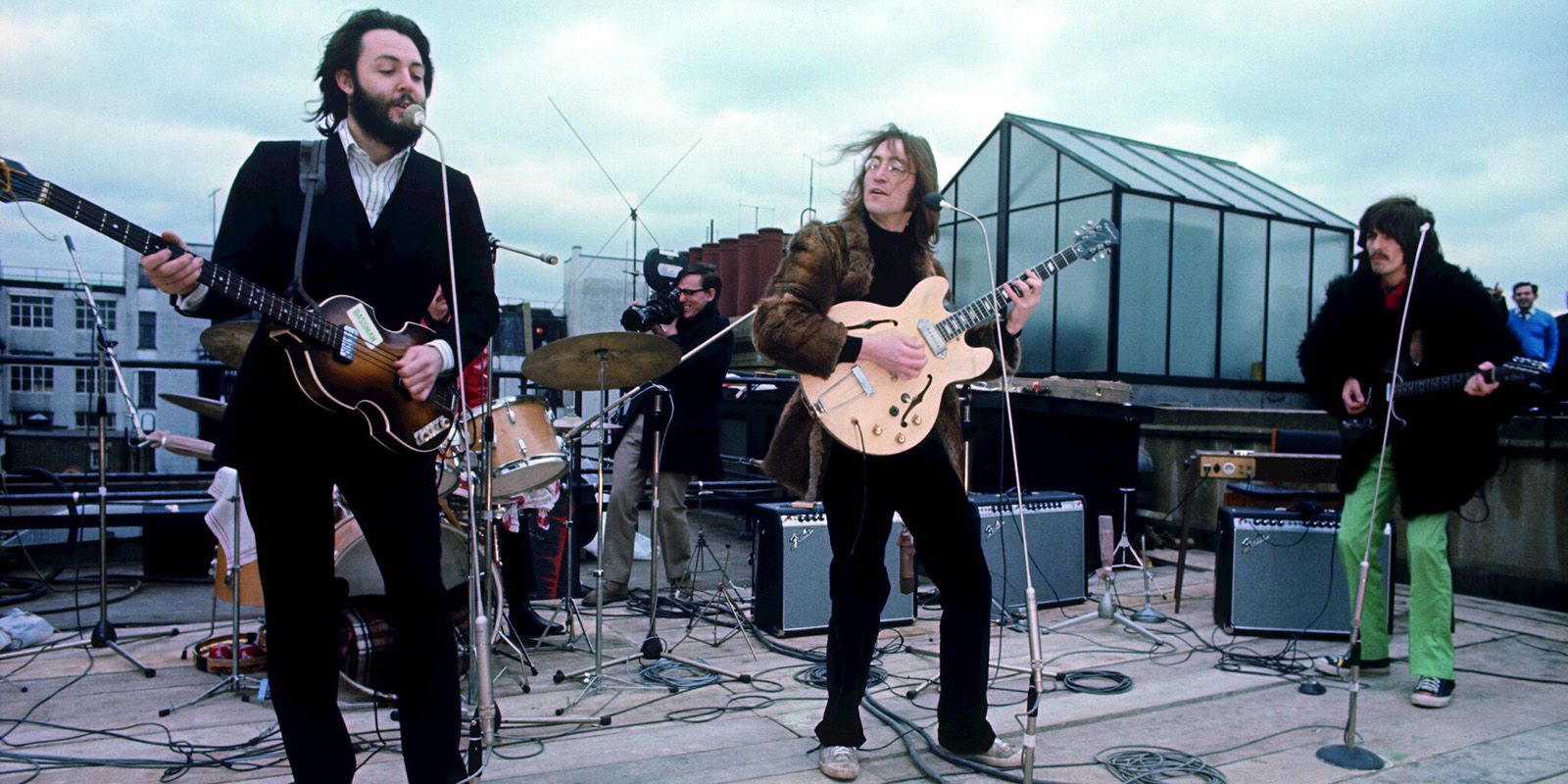 
The Beatles’ famous 1969 rooftop concert will screen in select U.S. cities in IMAX on January 30 alongside a special Q&A with Peter Jackson.

The Beatles’ famous 1969 rooftop concert, as featured in The Beatles: Get Back, will screen in select IMAX theaters at the end of January. Peter Jackson’s acclaimed docuseries premiered on Disney+ on November 25. The three-part film, which clocks in at nearly eight hours, documents the production of The Beatles’ final album, Let It Be. In developing the film, Jackson spent four years restoring footage shot by Michael Lindsay-Hogg in 1970.

The Beatles: Get Back–The Rooftop Concert will screen in select U.S. cities in IMAX on January 30. The release date is exactly 53 years after the band played their final public performance on the roof of the Apple Corps’ Savile Row headquarters in London. While the full 60-minute concert is already in Jackson’s film, it will be digitally remastered and optimized for IMAX screens.

The screening is set to occur in multiple cities across 25 states and Washington, D.C. After the feature, each theater will broadcast a special Q&A with Peter Jackson. In a statement, Jackson said, “I’m thrilled that the rooftop concert from The Beatles: Get Back is going to be experienced in IMAX, on that huge screen. It’s The Beatles’ last concert, and it’s the absolute perfect way to see and hear it.”

More: How Get Back: Made Paul McCartney Look Like The Best Beatle