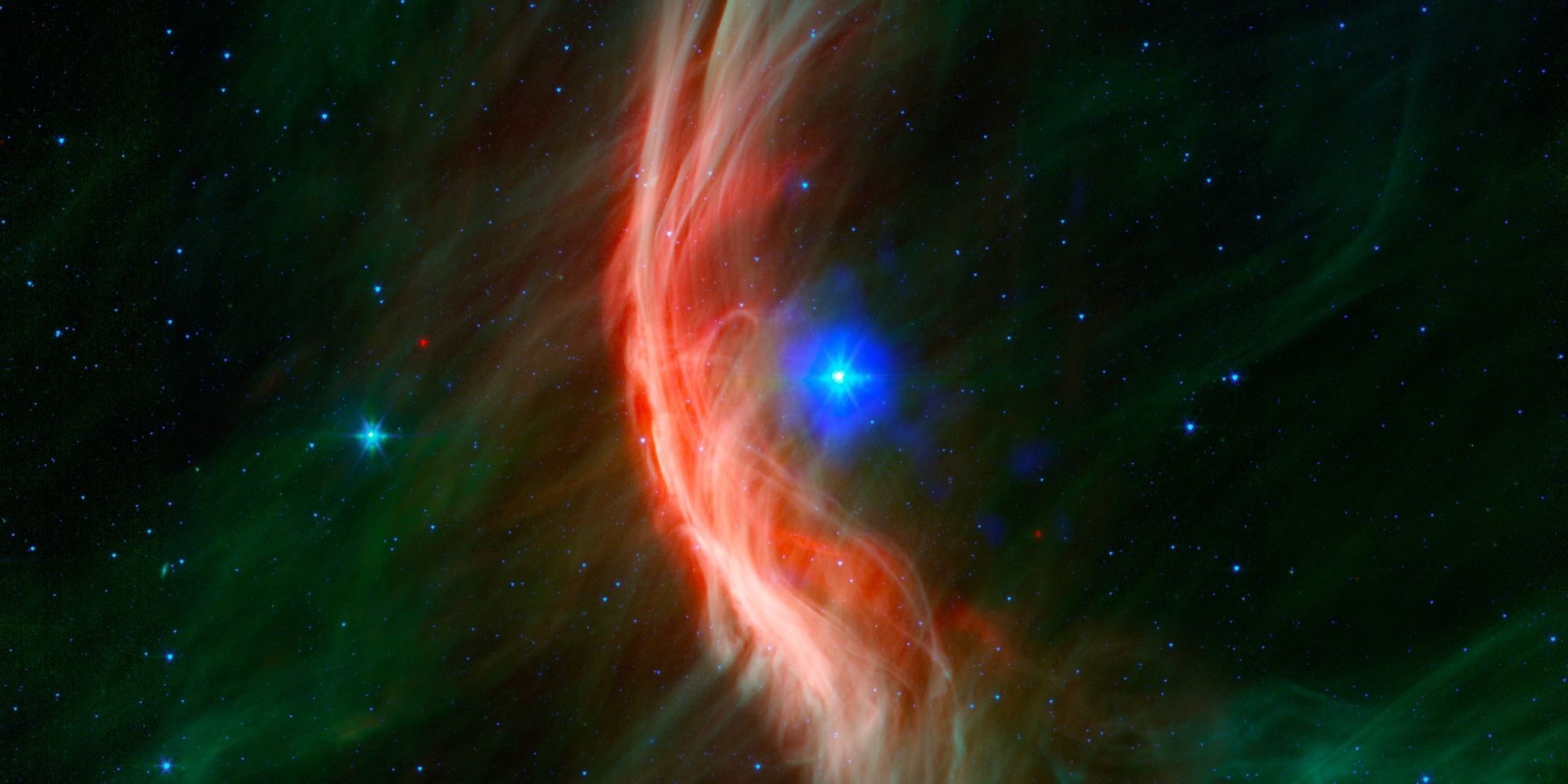 
Scientists use NASA data to examine Zeta Ophiuchi, a runaway star more powerful than the Sun, solving some mysteries while uncovering new ones.

NASA has released new data surrounding how Zeta Ophiuchi, a star more powerful than the Sun, was forcefully ejected from its birthplace more than a million years ago. While all stars move, certain stars, known as runaways, move at accelerated rates or in unexpected directions. While runaway stars are not unheard of, they are unusual, and scientists have speculated what sets them on their paths for decades.

Zeta Ophiuchi is so incredibly hot that it appears blue and is therefore classified as an O-type star (the largest and hottest typical star classification). The star is also extremely large – 20 times larger than the Sun. Unlike most other enormous stars discovered by NASA, Zeta Ophiuchi is now only about 440 light-years away, making it one of the closest O-type stars to Earth. This proximity sets Zeta Ophiuchi apart as an ideal site for investigating the onset and aftermath of runaway O stars. Zeta Ophiuchi is also exceptionally bright, and would be brighter yet were it not obscured by clouds of dust and gas. Experts believe that runaway stars are likely propelled from their original sites through interference with another nearby star or via supernova explosions.

Now, a new analysis of data from multiple NASA sources has begun to unravel the mysteries of Zeta Ophiuchi’s dispossession. Astronomers believe that Zeta Ophiuchi originally had an even more massive companion star that was destroyed in a supernova explosion. At that point, Zeta Ophiuchi was launched out of place at over 100,000 miles per hour, and its celestial wandering began. Data at multiple different wavelengths tells more of the story of the star’s journey – infrared data shows a dramatic shockwave that developed as matter from the star’s surface crashed into gas, while X-ray data shows how the effects of that shockwave created a bubble of emissions heated to tens of millions of degrees.

While this new research, led by Samuel Green from the Dublin Institute for Advanced Studies in Ireland, has resolved some of the questions surrounding Zeta Ophiuchi’s origins, other mysteries remain. The team constructed detailed computer models which have begun examining the star, considering X-ray, optical, infrared, and radio data from two powerful NASA telescopes – the now-retired Spitzer Space Telescope and the Chandra X-Ray Observatory. However, these computer models have yet to fully explain how Zeta Ophiuchi was ejected from its original orbit. NASA notes that “All three of the different computer models predict fainter X-ray emission than observed. The bubble of X-ray emission is brightest near the star, whereas two of the three computer models predict the X-ray emission should be brighter near the shock wave.”

As researchers continue to study the star, they plan to use their existing work as the basis for developing even more complex models. The study’s authors note that they are hoping for new, more pristine data on the star, as the existing data is contaminated by stellar emissions. Perhaps this is a job for NASA’s new James Webb Telescope. Even without updated data, however, NASA-funded scientists will next factor in considerations including turbulence, particle acceleration and transport, anisotropic thermal conduction, and more detailed wind models, hoping the adjustments will help Zeta Ophiuchi‘s past snap into focus.

Rachel Rochester, PhD, is a NASA/SpaceX writer for Screen Rant. Rochester’s doctoral research focused on the rhetoric of climate chaos and interplanetary colonization, and she teaches at the university level about writing, rhetoric, and climate.

Rochester lives in Oregon where she spends as much time as possible hiking with her rescue dogs.