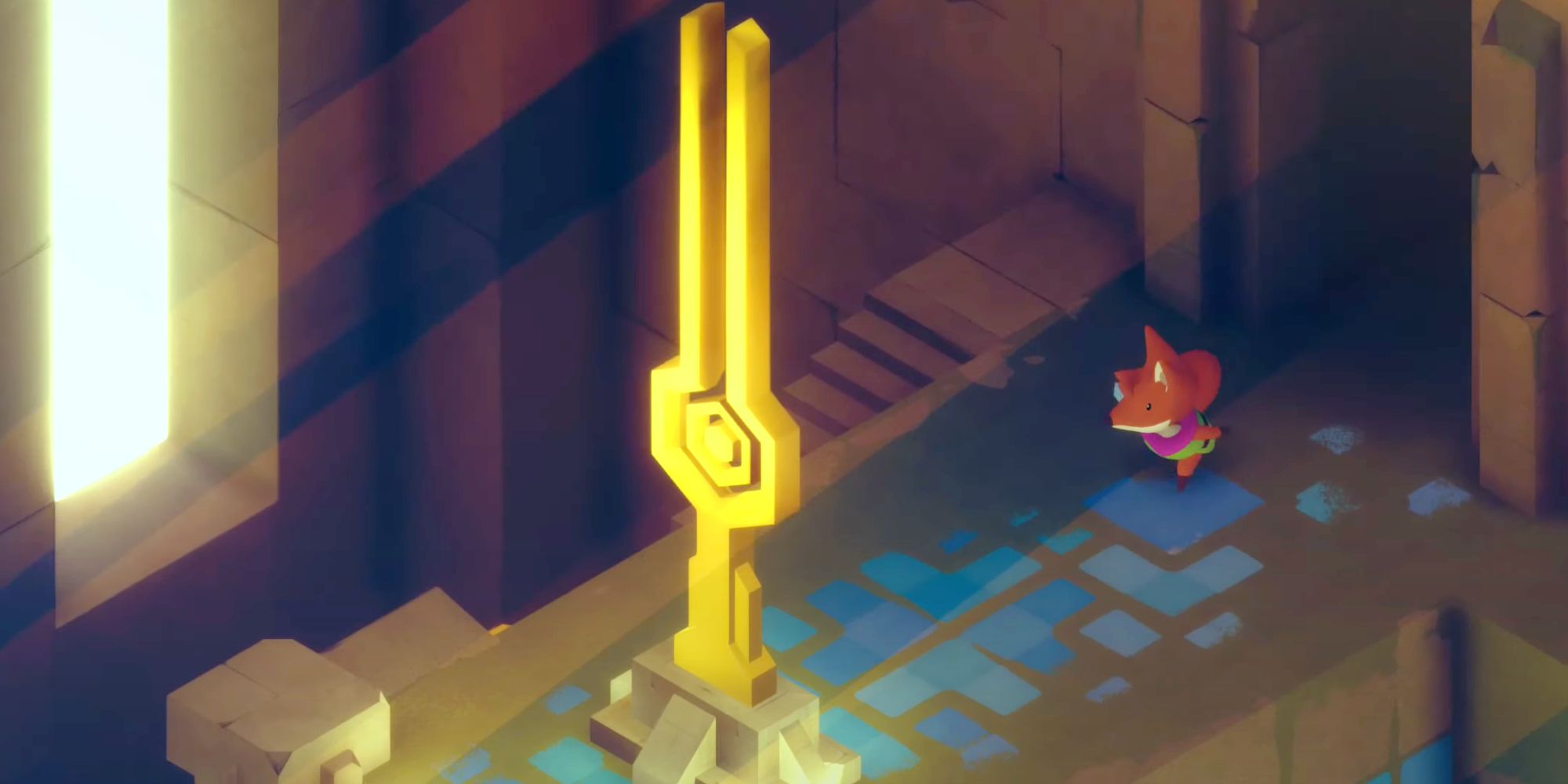 
Ringing the East Bell is one of the first objectives in Tunic, but the East Forest can be difficult to navigate, and there’s a tough enemy to defeat.

At the start of Tunic, there will be a few instruction pages to collect that direct the fox toward the East Forest first. Ringing the two bells is the first main objective for players to complete, and doing so will also lead to finding various equipment and upgrade items. Reaching the East and West Belltowers in Tunic will open up the Sealed Temple and reveal the next step for completing the adventure.

The entrance for the East Forest is in the central-eastern part of the Overworld. The first room in the East Forest area contains the Belltower, but it’s not accessible at the beginning of Tunic‘s East Forest. There’s also an instruction page to collect at the base of the Belltower. Players can head to the right of the Belltower and go down the ladder to find a save point. From there, players can follow the signs pointing toward the Hero’s Grave to obtain a sword.

Related: Tunic: How to Activate & Use Warp Points

After retrieving the sword from the Hero’s Grave in the East Forest, players will be able to cut down the bushes previously preventing them from progressing. The bushes blocking the stairs can be cut down to reach a new area. There’s a ladder leading to a platform where some Rudeling enemies are waiting. The path will lead to a gate blocking the way forward, but there’s a lever the fox can reach by climbing up the nearby ladder. Once the gate is open, players can proceed to fight the Guard Captain.

Ringing The East Bell In Tunic

Before entering the next area and taking on the Guard Captain, players can also explore the East Forest a bit to find a health potion and a few other useful items in Tunic. When players are ready, they can enter Guardhouse 2 to fight the Guard Captain. There’s also another Rudeling in this area, and it’s recommended that players defeat this enemy first. The Guard Captain can slash at the fox or lunge forward, but both attacks are easily dodged.

The Guard Captain’s sword will raise when preparing to strike, and the boss has a short cooldown window after attacking. Players should dodge any incoming attack, then quickly swipe at the Guard Captain with the sword until another strike is inbound. Alternatively, players can use firecrackers if they were picked up in the East Forest. Firecrackers are throwable weapons that will deal a lot of damage to the Guard Captain while allowing the fox to maintain a safe distance.

Once the Guard Captain boss is defeated in Tunic, players can proceed through the door to find a chest with a health potion in it. The stairs in this room will lead up to the East Belltower, and players will need to strike it to ring the bell. After ringing the East Bell, players can drop down the rope on the side of it to make it easier to get back if needed. The East Belltower is one of two that need to be rung in order to open up the Sealed Temple in Tunic.

Next: Where To Find The Red Gem in Tunic

Tunic is available for Xbox One, Xbox Series X/S, macOS, and PC.