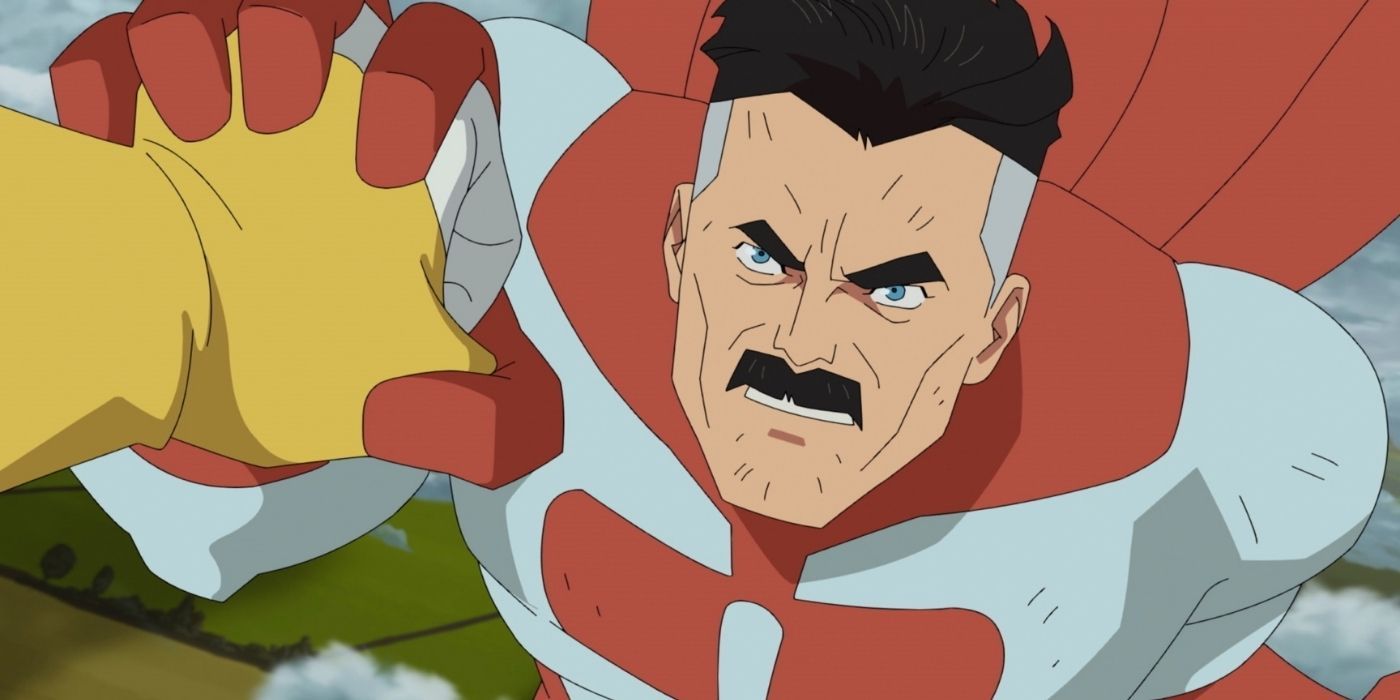 Robert Kirkman, creator of comic book properties such as The Walking Dead, is now being sued over profits of the Invincible TV series. Amazon Studios is the home of the animated show, which is an adaptation of the comic book series, which first launched in 2003 and was originally created by Kirkman. Invincible has been such a hit for Amazon since its release last March, that the streamer has already ordered two more seasons of the show.

Invincible revolves around a teenage protagonist named Mark, who is played by Oscar-nominated actor Steven Yeun. In the series, Mark discovers that he has superpowers, and that his father, played by J. K. Simmons, is Omni-Man, one of the greatest superheroes on the planet. Other notable voice actors in the cast include Sandra Oh as Debbie Grayson, and Walton Goggins as Cecil Stedman. On Rotten Tomatoes, Invincible currently holds a remarkable 98% approval rating for the first season, based on 79 critic reviews.

Related: Invincible: How Powerful Mark Is Vs. Omni-Man (& What Their Weaknesses Are)

Now, according to THR, artist William Crabtree, says he co-created the series and is suing Kirkman for lost profits on the Amazon Studios adaptation. Crabtree, who was the colorist on the first 50 issues of the Invincible comic book series, claims he was deceived by Kirkman and led to abandon his copyright on the property. The artist alleges that in 2005, Kirkman convinced him to surrender his ownership stake in Invincible, under the guise of making it easier to market the property to studios. Devin McRae, who is representing Crabtree legally in the lawsuit, also had this to say regarding the matter:

“Kirkman falsely told Crabtree that Crabtree’s rights and financial interest in the Work would remain unchanged if he signed the Certificate of Authorship and that the document would simply allow Kirkman to market the licensure of the Work more easily, resulting in greater profits for both of them.”

Crabtree claims that originally, the two had an oral agreement which would grant him 20 percent of single sale proceeds of Invincible and 10 percent of any revenue generated from “other film or television commercial exploitation of the Work together with any derivative projects based on the Work and any allied or ancillary rights in the Work.” He then alleges that in a scheme by Kirkman and his agents, they fraudulently induced him to assign his copyright interest over to Kirkman’s company with a “Certificate of Authorship,” which is said to have characterized all of his contributions as a “work-for-hire.”

This is not the first high-profile lawsuit that Kirkman has been involved in regarding a television series. Previously, artist Michael “Tony” Moore also sued Kirkman in California state court, claiming he was entitled to as much as half the proceeds from The Walking Dead comic book franchise, which included the AMC TV series adaptation. Similarly, Moore had alleged that Kirkman and his agents tricked him into assigning his interest in The Walking Dead property over to Kirkman. The two later announced that they had settled the lawsuit. Hopefully, Kirkman and Crabtree can also reach a fair settlement over Invincible.

Why Peacemaker Recast Vigilante After 5 Episodes, Explained By James Gunn