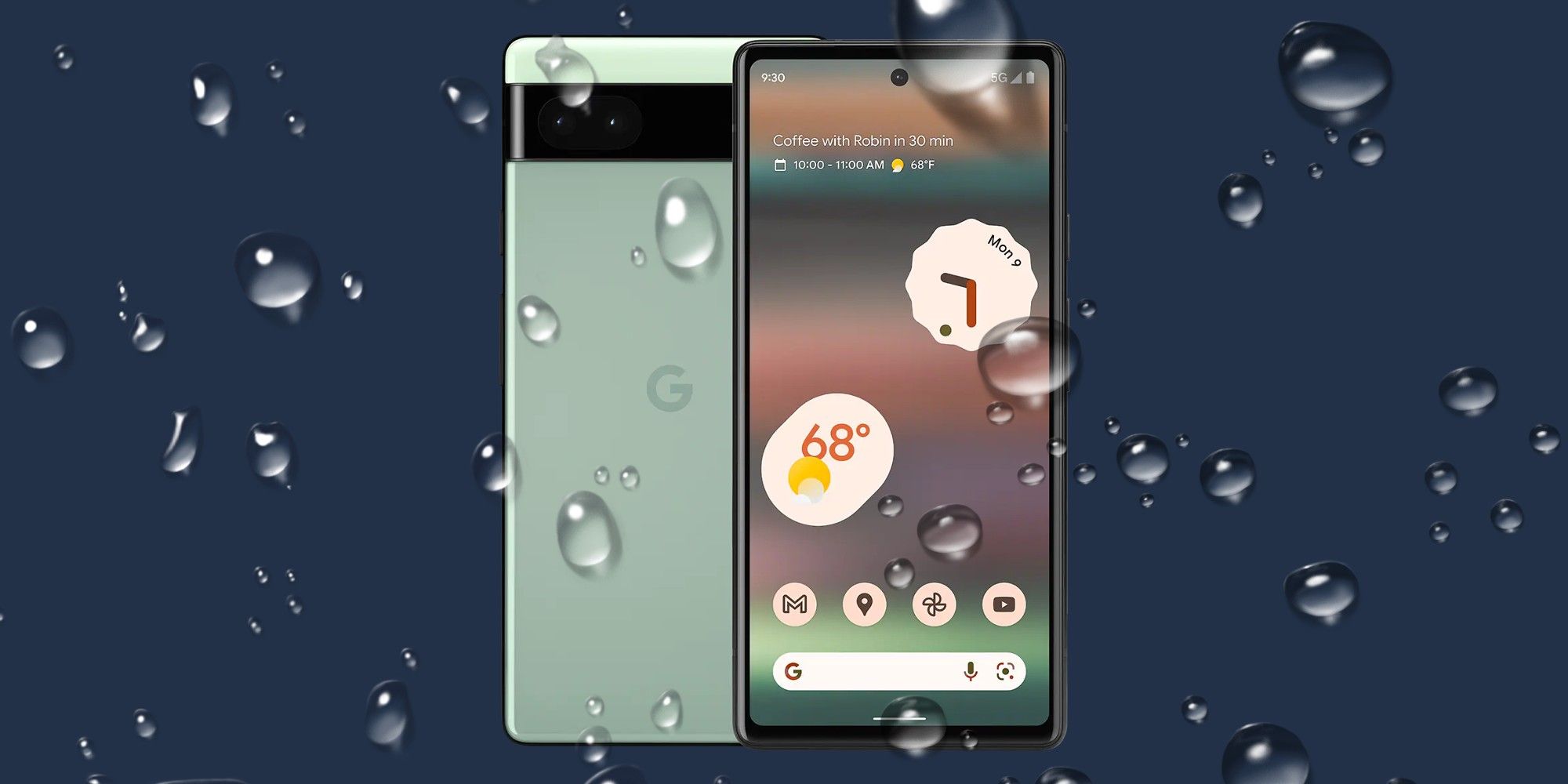 
The Pixel 6a has several features in common with the Pixel 6 and 6 Pro, but can it survive an accidental spill or a drop in the swimming pool?

The Pixel 6a shares a number of features with the Pixel 6 and Pixel 6 Pro, but is it waterproof like its siblings? Technically, most smartphones aren’t entirely waterproof. Instead, they offer a degree of water resistance that allows them to be used under wet conditions, ranging from surviving spills to being submerged in water.

Google has equipped Pixels with an official IP rating since the 2017 Pixel 2. However, the feature didn’t make it to the Pixel A series until the Pixel 5a that was released in 2021. The phone has an IP67 dust and water resistance rating which means it can not only survive spills and splashes but also immersion in water.

RELATED: Google Pixel 6a Review: A Small Price To Pay For A Smaller Phone

For the Pixel 6a, Google has decided to go with an IP67 rating just like its predecessor. This rating means the phone is protected from dust and particles and can also be immersed in water at a maximum depth of one meter for up to 30 minutes. This means the phone should survive falling into a pool or getting wet in heavy rainfall. The IP67 rating is one step below the Pixel 6 and Pixel 6 Pro‘s IP68 rating. The main difference is that the flagship Pixel 6 smartphones can survive depths of 1.5 meters for 30 minutes.

While those who have picked up or are considering purchasing the Pixel 6a will be happy to know it has a high degree of water resistance, it is important to note that this protection doesn’t last forever. Water and dust resistance wear off over time. In addition, when a device is disassembled or repaired, it can partly or entirely lose its water protection. Google also adds that dropping the Pixel 6a may cause issues with water resistance.

Another important point to note is that despite the Pixel 6a’s water resistance capability, it can still be damaged by liquids. And if this happens while it is still under warranty, the repair is not covered by Google. These conditions are applicable not only to the Pixel 6a but to several other devices with water resistance.

To make sure users don’t end up with a damaged phone, Google has provided a few tips for Pixel users. Users are advised to use a case as that can prevent chips or cracks in the phone’s body or display that can let water in. It is also advised that users try to keep their phone dry by not intentionally submerging it in water or using it in the shower, sauna, or swimming pool. And in situations where the Pixel 6a accidentally gets wet or immersed in water, users are advised to turn it off, dry it with a soft cloth, and leave it to dry completely on a flat surface.

NEXT: Pixel 6a Vs. Pixel 4a: Is It Finally Time To Upgrade?

Why Michael Keaton Agreed To Return As Batman In The Flash

Habeeb enjoys writing about the consumer technology space and has a keen interest in wearables, Android smartphones and tablets, and Chromebooks. When he’s not writing, he’s catching up on the latest TV shows and movies.