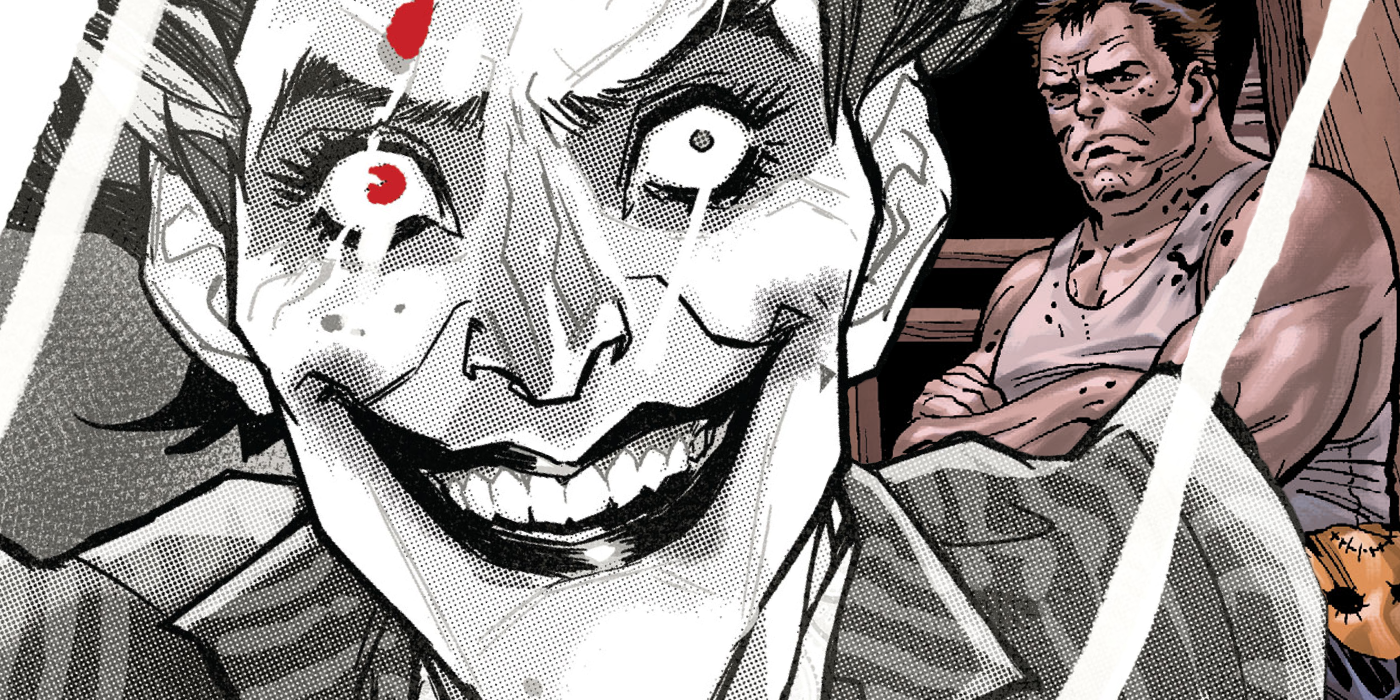 
The Joker has always been viewed as DC’s most twisted baddie, but as he steps into DC’s version of Texas Chainsaw Massacre, he’s got some competition.

Warning: contains a preview of Joker #11!

Since debuting more than 80 years ago, the Joker has built a reputation as the most twisted villain in the DC Universe, but some new foes are set to give him a run for his money in Joker #11. These villains are the Sampsons, a family of Texan cannibals helmed by Sawyer Sampson. If that sounds familiar at all, it’s because this family seems intended as a knowing homage to the Sawyer Family at the center of the Texas Chainsaw Massacre movie franchise. This family were originally introduced in Joker #6 and now, in Joker #11, they plan on having the Joker for dinner, in more ways than one.

Upon their initial introduction, readers discovered in Joker #6 that the Sampson family’s murderous activities had led to them stumbling upon oil, affording them immense wealth and the contacts to silence the escaped victim they were chasing when they made the discovery. Billy Sampson, who clearly presents comparisons to the classic Leatherface character, was forced to take the fall for the rest of the family. Billy is sent to Arkham Asylum and 50 years later, on A-Day, the Asylum is gas-bombed with Joker toxins. Billy is one of the victims murdered on A-Day, while his younger brother Buddy was horribly disfigured after tracking the Joker down.

The Joker #11 by Sam Johns, James Tynion IV, Giuseppe Camuncoli, and Belén Ortega brings the growing tension between the Joker and the Sampsons to a head. It’s been teased that the Joker will get a chance to meet the whole family, and finally, that’s coming to fruition. The following preview adds context to the pieces that fell into place for Billy to be incarcerated, as well as explaining how the Sampsons joined the secretive, Illuminati-like Network. Joker #11 is set to officially be released in its entirety on January 11 at local comic shops and digital stores.

In not only this Joker series, but other related DC works like Infinite Frontier, A-Day is being treated as an awful, game-changing event, destroying Arkham Aslyum and claiming hundreds of lives. Obviously, with Joker toxin being found on the scene of the crime, the Joker is the prime suspect in these affairs. However, throughout the Joker series, the Jester of Genocide has privately denounced having anything to do with the destruction.

A family full of cannibals who believe they’ve already lost one member to the Joker aren’t likely to listen to reason, especially since Joker suspects the Network itself framed him for the attack as part of a larger conspiracy. The Joker will certainly have his hands full with this family, but only Joker #11 will reveal who has the true edge as DC’s most disturbing villain – a family of billionaire cannibals, or the Clown Prince of Crime.

Joe Anthony Myrick is a writer for Screen Rant. Since first beginning his career as a professional writer after graduating with a B.A. in English studies, Myrick (or JAM) has spent much of his time under the Valnet umbrella for sites like TheRichest and TheTravel. Now, a seasoned veteran of his practice, JAM dedicates his expertise to the Comics column of Screen Rant.

Previously, he served as a head editor for Daily DDT and Under the Laces for FanSided. In addition, he serves as a writing teacher in his spare time.