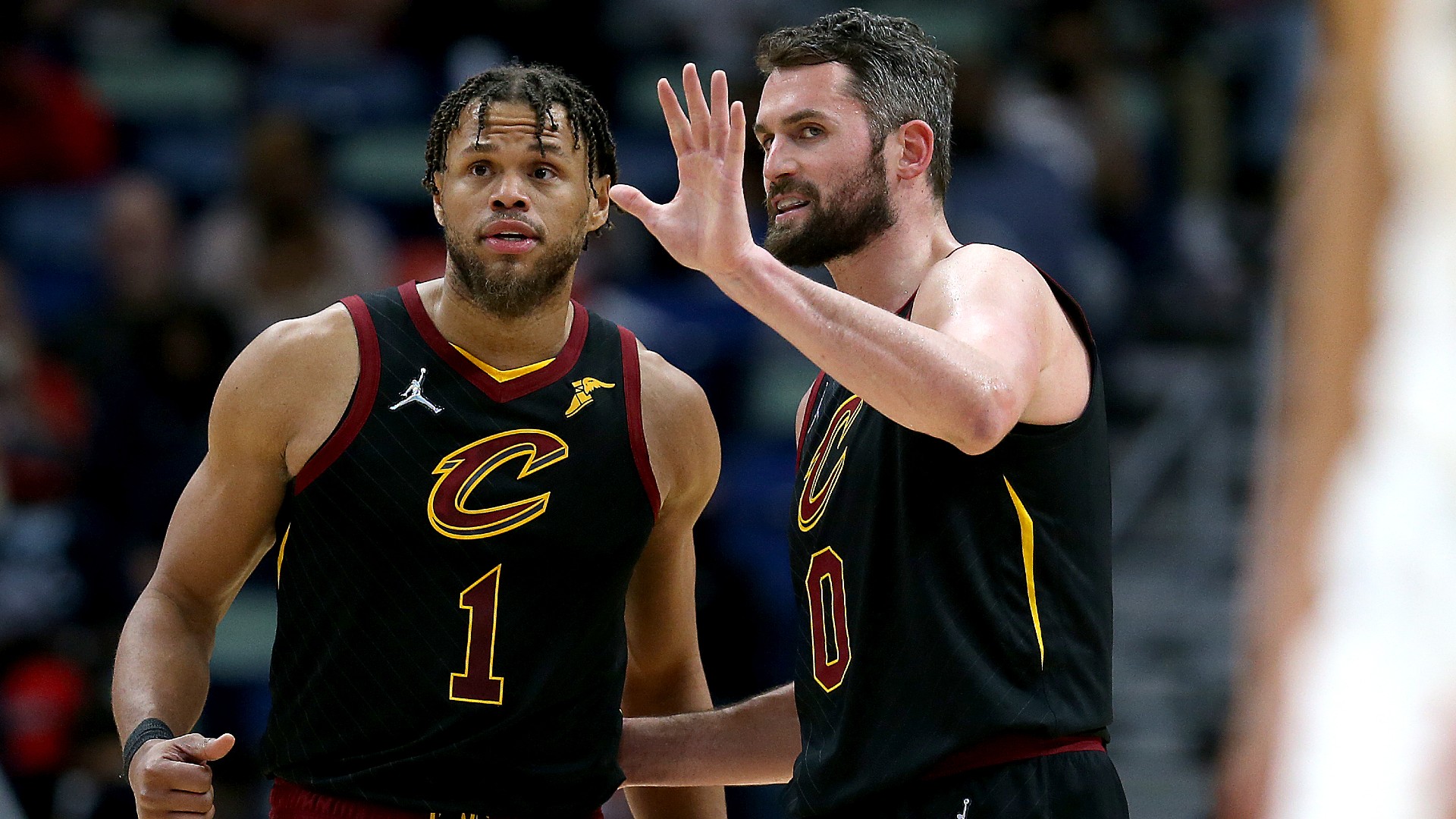 The Cavaliers may have fallen short against the Hawks, but the night continued the remarkable revival of Kevin Love as an NBA difference-maker.

Without Darius Garland, Ricky Rubio and Collin Sexton, the Cavaliers were lacking serious playmaking and scoring.

Love more than filled the void, pouring in 35 points on 10-for-18 shooting from the floor including a 7-for-14 mark from long range. As usual, the veteran was productive elsewhere on the box score, adding 11 boards and four assists to go along with the scoring barrage in a total stat line that left the Cavaliers scrambling for the record books.

The 35 points is Love’s highest-scoring game in over four seasons, dating back to November 28, 2017. On that night, Love dropped 38 points in a big win over the Miami Heat. Starting alongside Love on that night was LeBron James, with a certain well-known veteran in Dwyane Wade coming off the bench.

Tonight’s outburst is the continuation of a strong season for Love, who has forced his way into the Sixth Man of the Year conversation in what would be one of the more unlikely individual award wins in recent memory.

Averaging 13.6 points and 7.4 rebounds per game coming into the season, Love finds himself near the top of the leaderboard in several categories when it comes to players coming off the bench in 2021.

Morphing into an award predominantly won by scoring guards, Love would join Montrezl Harrell (2020) as the lone big man to take out the award over in the last decade.

While much of the attention around the Cavaliers early-season success has centered around the big man duo of Jarrett Allen and Evan Mobley, Love’s steadying scoring presence off the bench has been a major boost. Especially so, given the question marks over the last few seasons about Love’s desire to stay with the franchise.

Now 20-16 on the season, Cleveland is set to face some real adversity with Rubio and Sexton on the shelf for the season, but they remain in a good position to return to the postseason in what is one of the feel-good stories of the season.

Whether or not Kevin Love wins Sixth Man of the Year is yet to be determined, but he will have an opportunity to play a major role in another Cavaliers postseason run.

Who saw that coming?