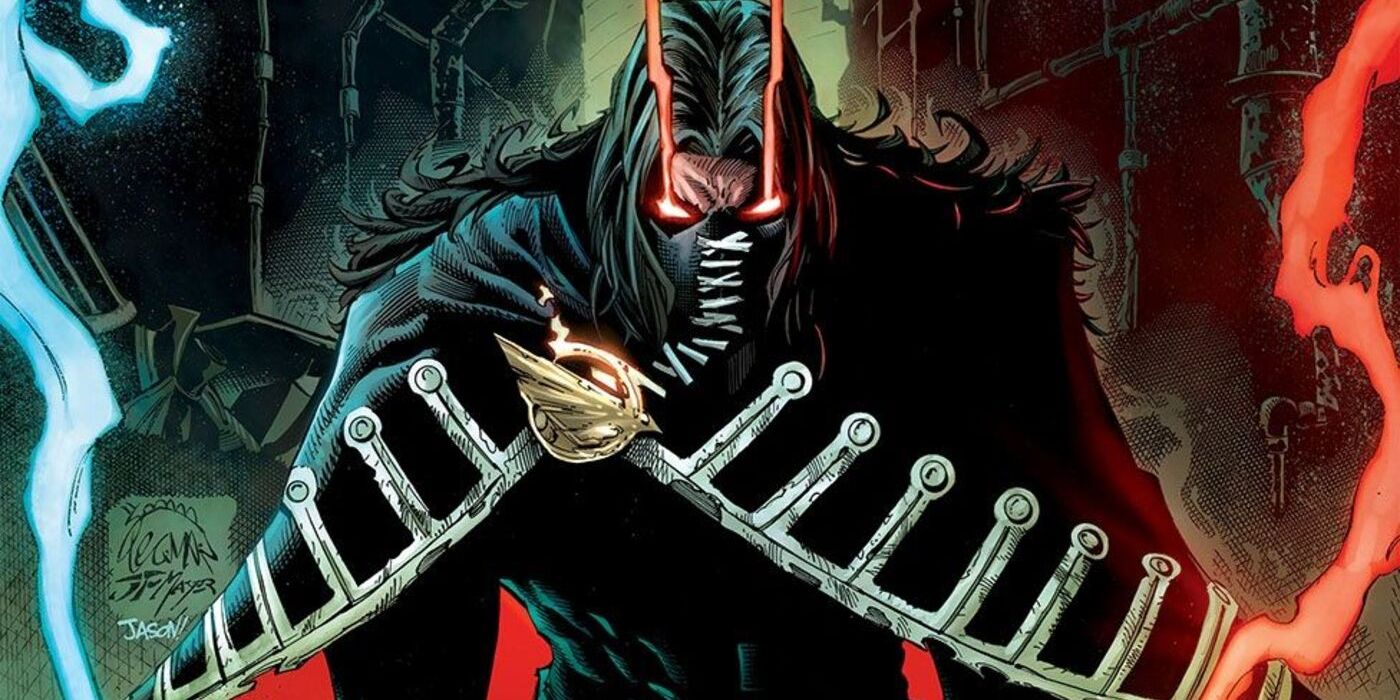 
King in Black team Donny Cates and Ryan Stegman reunite for Vanish, a dark and gory tale of fantasy, superheroes, and violence, from Image Comics.

The all-star team behind Marvel Comics’ era-defining Venom series and the King in Black crossover, Donny Cates and Ryan Stegman, teams up again to bring readers Vanish, a dark, gritty, and gory tale of fantasy, superheroes, and violence, coming from Image Comics (and digitally by the KLC Press Substack newsletter) this September. Cates and Stegman have been working on this project for years, starting from a simple but effective question: “What if magic was…metal?” While Cates is currently working on both Thor and Hulk for Marvel Comics, Vanish looks like an original project that is very close to his heart.

Donny Cates and Ryan Stegman’s run on Venom is remembered for having completely redefined the character, diving deeply into the alien origins of the symbiote. Eddie Brock went from “lethal protector” to cosmic god of the symbiotes, and he was one of Marvel’s flagship characters during the company’s King in Black crossover that took most of 2021. Cates and Stegman poured the same creative energy that made Venom stand out into this new venture, which promises to put a totally new spin on the classic genre of “young adult” stories about magic and predestination.

Vanish‘s main character is Oliver Harrison, who as a kid became a hero by defeating the greatest threat to his realm, one of the recurring tropes of the fantasy genre. The story picks up with an adult Oliver, who is a paranoid drug addict and alcoholic who can barely sleep at night due to horrible nightmares. There is a chance that Oliver’s epic fantasy past was all in his mind, but the arrival in town of a new superhero group called the Prestige shakes up Oliver’s horrible life, proving that he did not make everything up. Donny Cates and Ryan Stegman will work with JP Mayer, Sonia Oback, and John J. Hill to craft this series that will try to merge many different genres, including at least two different styles of fantasy and superheroics of the violent kind. Image Comics shared a preview of the covers and the first six pages of Vanish #1, which you can enjoy below.

From the preview, Vanish‘s nature as a pastiche stands out, striking readers with an unexpected combination of dark, urban superhero tones and high fantasy. It appears that Oliver’s magical abilities and the Prestige’s superpowers have the same origin, and judging from Oliver’s sorry state and Battle Rocket’s extreme reaction, these origins must be pretty dark. Marvel is attempting a similar blend of superheroes and fantasy with its Knights of X series, but the tones are very different. The authors have likely found the best collocation for their project: Image Comics will give them the freedom to do “something that we could never do at Marvel,” Stegman said.

While there have been a lot of “dark fantasy” and “dark superheroes” stories, few have tried to do both at the same time. The fact that Cates and Stegman have been working on this project for years before publication means that the world of Vanish will be deep and well-developed. Fans of Venom, King in Black, God Country, Thor, and Crossover are going to enjoy this brutal tale of magic, sorcery, superheroes, war, and blood. Vanish #1 will be available in print and digital from Image Comics on September 7, 2022.

What Chris Evans Wanted to Do Before Becoming an Actor

Senior Comics Writer @screenrant. History PhD in my spare time. You can find me on Twitter @FrancCacc