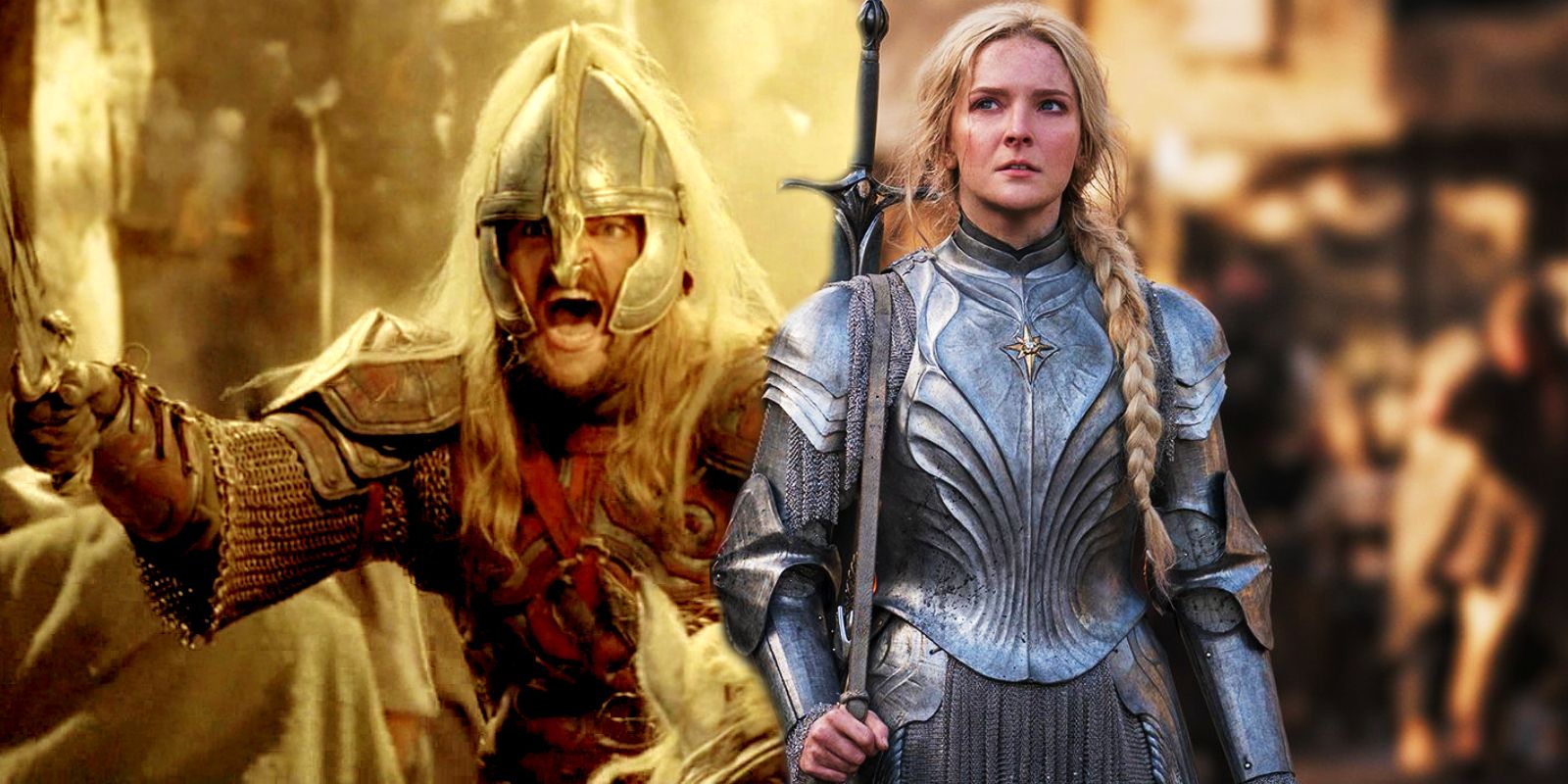 
War of the Rohirrim, an upcoming The Lord of the Rings animated feature film, may be able to best The Rings of Power by not being overly ambitious.

The Rings of Power‘s narrative ambitions are undoubtedly admirable, and there are a lot of canonical stories to pull from in Tolkien’s legendarium. The Rings of Power has been confirmed to address the biggest story beats from the Second Age, such as the demise of Númenor, the forging of the Rings of Power, and Sauron’s rise to power. The showrunners have confirmed that seasons 1 through 5 are planned out and that even the final shot of the show has already been decided in an effort to convince audiences that the series is being crafted with care. However, other concerns have arisen as well, such as the introduction of newly imagined characters, how it looks too similar to Game of Thrones, and the over-simplification of Middle-earth’s history.

Related: Everything We Know About Lord Of The Rings: War Of The Rohirrim

The War of the Rohirrim anime, on the other hand, has taken a vastly different approach. It focuses on one period of time, one particular event. While on the surface it may seem completely unrelated to anything that happens in The Lord of the Rings, that’s not necessarily true. War of the Rohirrim will provide more context for the land of Rohan, its history, its people, and its relationship with Gondor. The movie will focus on the reign of Helm Hammerhand and Rohan’s political troubles. Though both projects have taken very different approaches, War of the Rohirrim is likely to win the audience’s favor because it isn’t pushing the limits of what it can achieve, which may prove to be The Rings of Power‘s downfall.

The Rings of Power‘s storytelling scope is enormous. It encompasses thousands of years, hundreds of characters, dozens of pivotal battles and relationships — even five full seasons might not be enough to truly give this age of Middle-earth the attention it deserves. Its budget may be huge, but a large budget doesn’t always equal quality, and The Rings of Power has already proven to be divisive with audiences. Fantasy book series like The Wheel of Time and A Song of Ice and Fire are hard enough to adapt into a different medium, yet The Rings of Power‘s scope is larger than either of these. War of the Rohirrim, on the other hand, has chosen to focus on one story, one pivotal moment in Middle-earth’s history. Perhaps it will prove that this is the way forward for adapting Tolkien’s Middle-earth on screen: adapting one story at a time, slowly adding to the context of Middle-earth’s lore instead of trying to explain it all in one go.

It’s also imperative to focus on the difference in style. War of the Rohirrim will be an animated feature film, meaning that it will forego comparison to Peter Jackson’s interpretation of Middle-earth – one discussion that The Rings of Power already has to contend with, even though just one teaser trailer has been released thus far. This could mean that audiences will be keener on War of the Rohirrim’s aesthetic and thus more open to its story, proving that The Rings of Power has yet another hurdle to overcome.

The Lord of the Rings: War of the Rohirrim‘s first look image promises a beautiful animated style that will capture the feel of Tolkien’s work. The Rings of Power‘s ambition may yet prove to be justifiable, as it is impossible to tell the overall quality of a show from its promotional material alone. One thing is certain, though. The two will undoubtedly be compared for years to come as the successors to Peter Jackson’s Middle-earth adaptations.

Next: Game Of Thrones Failure Shows What Rings Of Power Has To Get Right

El is a Features Writer for Screen Rant. Having dedicated most of her academic and professional life to the art of storytelling, there’s little she loves more than discussing her favorite movies, TV shows, and books with fellow fans. She recently earned a Ph.D. in Creative Writing and hopes to one day publish an original fantasy novel.