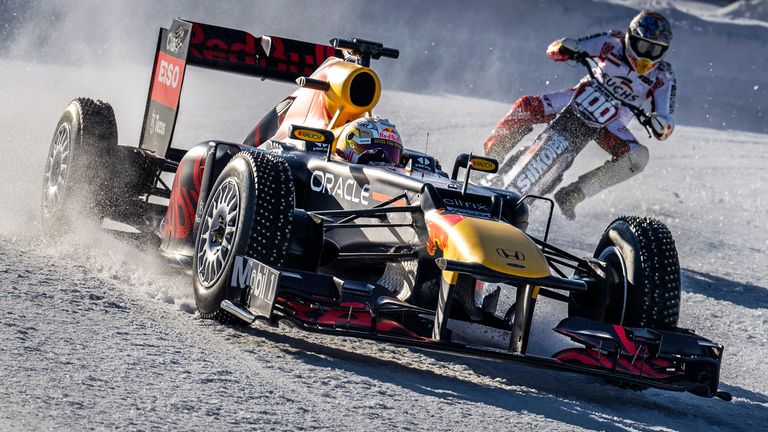 Max Verstappen has hit the track in a Formula 1 car for the first time in 2022 in the most unique way, swapping asphalt for ice and rubber tyres for spikes as part of an epic Red Bull show run in Austria.

The car was fitted with specially designed Pirelli spiked tyres.

The outing was also the first time Verstappen donned his new Number 1 on his helmet and car.

Verstappen, as is permitted in the rules as F1 champion, has elected to use the number rather than his previous 33.

He is the first driver to use the Number 1 since Sebastian Vettel in 2014, with Lewis Hamilton having stuck to his recognisable 44 through his title successes.

“How many times do you get the opportunity to swap?,” said Verstappen after his show run. “Number 1 is the best number out there so for me it was very straight-forward to pick the Number 1.”

Verstappen also set his sights on retaining his crown, which he won following an incredible season-long battle with Hamilton, ended with a controversial Abu Dhabi GP finale.

On Thursday, Red Bull also revealed the launch date for their all-new 2022 car.

Red Bull, looking to maintain their standing as one of F1’s top teams despite the rules overhaul, will reveal their car digitally on Wednesday, February 9.

“It looks a bit different, but at the end of the day it’s still a Formula 1 car,” said Verstappen. “At testing we can do a lot of laps and get a lot of information about the car, which is important. I’m looking forward to it.”