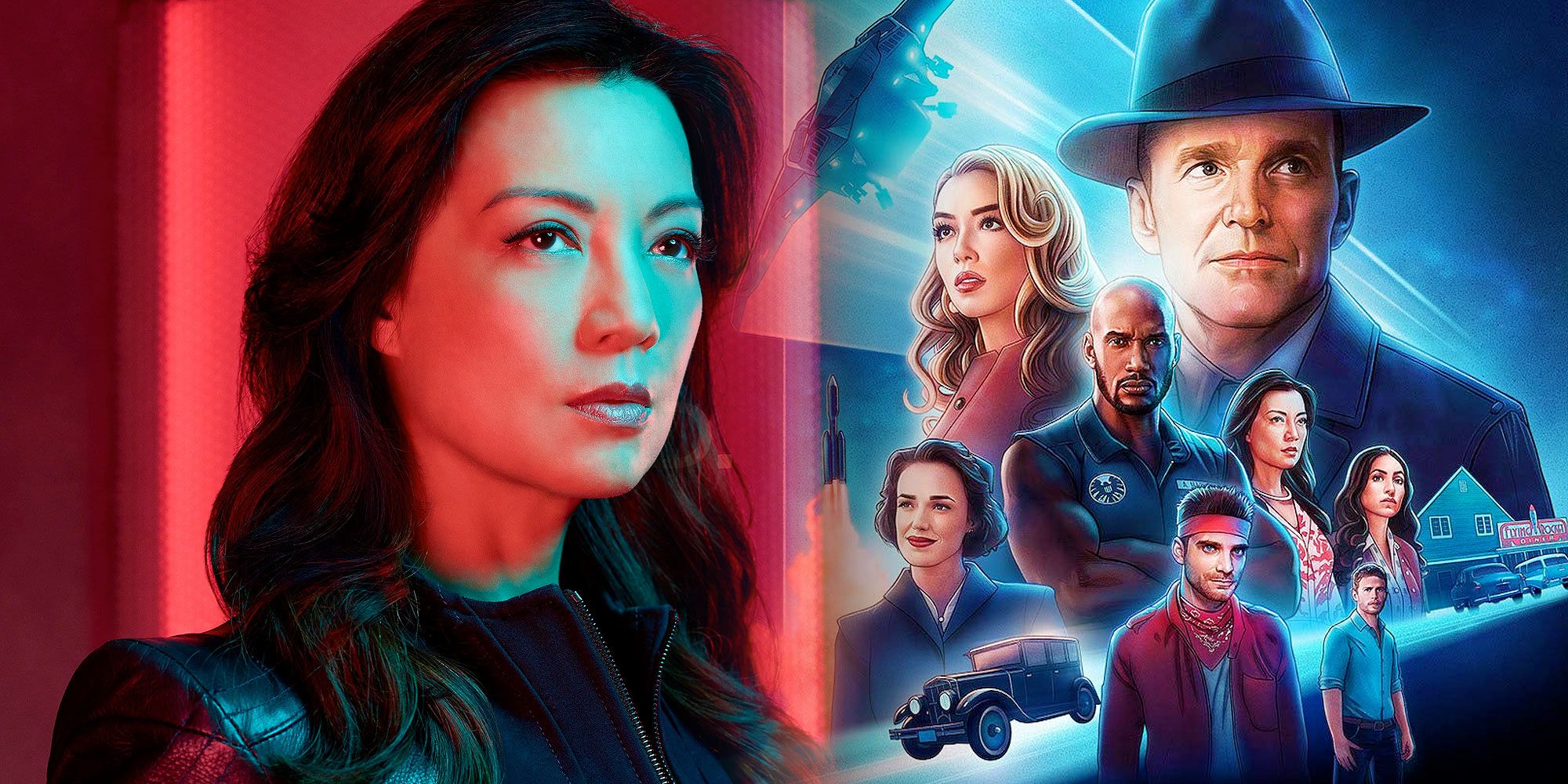 
Actress Ming-Na Wen reacts to the #SaveAgentsOfSHIELD trend, which calls for a return of the characters into the MCU, including Wen’s Melinda May.

Actress Ming-Na Wen gives her reaction to the #SaveAgentsOfSHIELD trend. Wen played SHIELD agent Melinda May, a.k.a. The Cavalry on ABC’s Agents of SHIELD, one of the first MCU-related shows, which kicked off in 2013 after the events of the The Avengers in 2012. The show focused on Clark Gregg’s Agent Coulson, who was revived for the show after being killed off in The Avengers, leading the Marvel spy organization to take on multiple threats throughout the MCU, recruiting special agents to help, including Wen’s Melinda May.

Agents of SHIELD ran for seven seasons on ABC, pulling in a number of MCU characters throughout the run. Samuel L. Jackson’s Nick Fury, Hayley Atwell’s Peggy Carter, Jaimie Alexander’s Lady Sif, Cobie Smulders Maria Hill, Bill Paxton’s John Garrett, and many more made appearances on the show throughout its run. The show faced the difficult task of balancing events from the films with its storylines, which got fairly blurred by the end of the last season.

Agents of SHIELD was cancelled after seven seasons, due largely to poor ratings and the arduous task of trying to keep up with the shifting landscape of the MCU. Still, it also developed a fervent fanbase, that stuck with it to the very end, recently starting a #SaveAgentsofSHIELD trend that has reignited the fires to see it return in some capacity. Wen, whose character went through innumerable shifts and changes throughout the show’s run, supports the new trend, telling Deadline, “I love that our small fanbase is getting bigger and bigger, because I think people are starting to rewatch all the episodes and realizing what a wonderful series it was and I love the fans and the fans’ reactions.” When asked if she would support a revival, Wen said, “Fingers crossed. Who knows?”

Wen has been a prolific Hollywood actress in the last few decades, starring in a number of TV shows, including ER, The Single Guy, Vanished, Stargate Universe and most recently on the Disney+ Star Wars series, The Book of Boba Fett. Wen has also voiced a bevy of characters for animated films and TV shows, including the voice of Disney’s Mulan in all her cartoon appearances. She’s additionally done voice work for shows like Spawn, Guardians of the Galaxy, Phineas and Ferb, Adventure Time, and The Batman, as well as the upcoming Gremlins: Secrets of the Mogwai series on HBO Max.

Agents of SHIELD had a rough go in terms of securing its own identity as a Marvel show outside the confines of the MCU, an issue that plagued it from season to season. Writers were constantly trying to keep up with the ever-changing landscape of what was happening in the MCU, creating challenges that don’t typically affect any other show. However, with Spider-Man: No Way Home and the Hawkeye series pulling in characters from Marvel’s Netflix shows, the calls to see more of the “MCU TV heroes” make the jump has amplified. Wen’s character never appeared in any of the MCU films, but with events from all over the MCU suddenly colliding, perhaps there’s still a shot for her to step back into the role, be it for Agents of SHIELD or otherwise.

Next: Marvel’s Agents of SHIELD Is Still Incredibly Popular