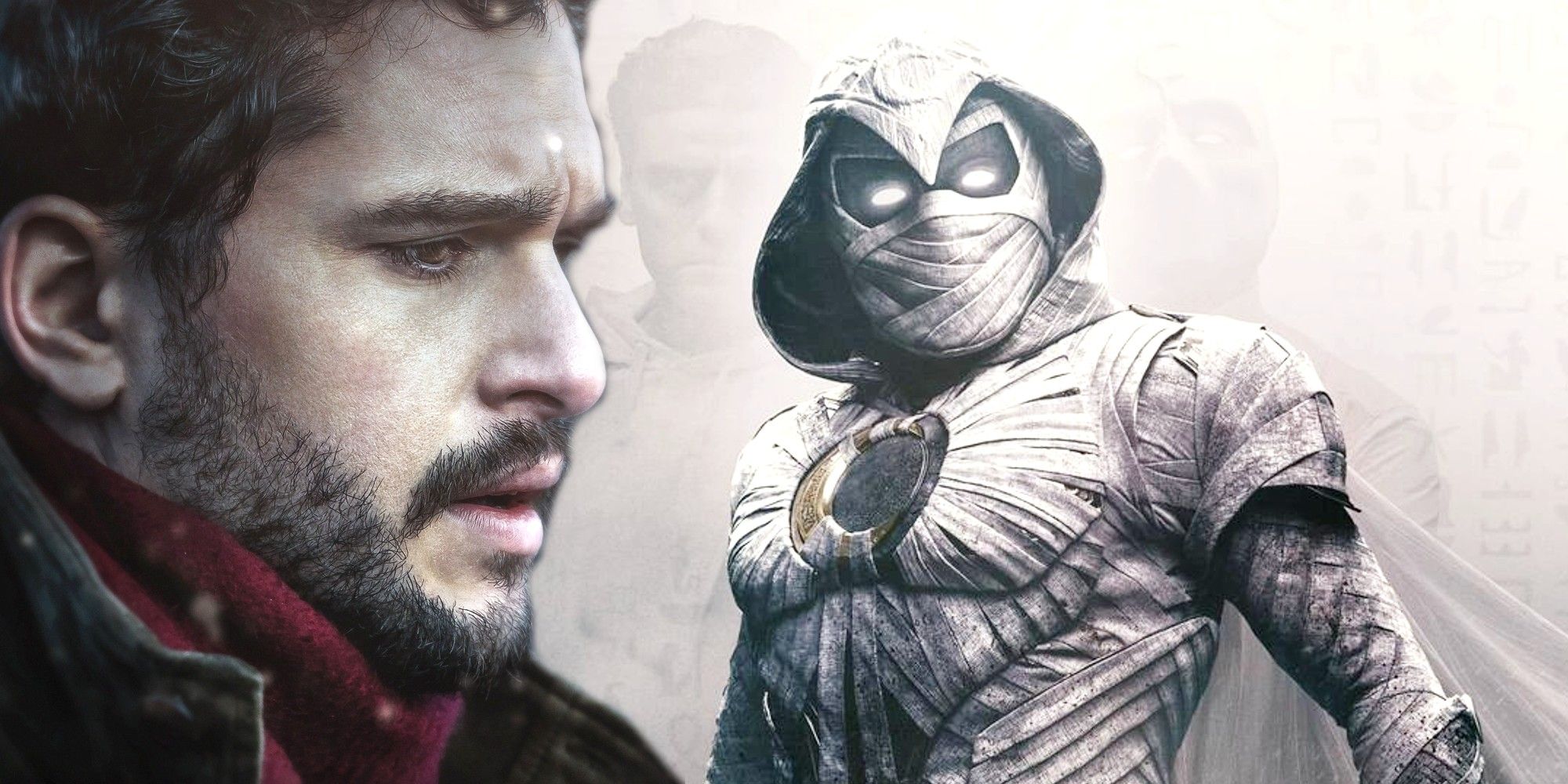 Introduced in Chloé Zhao’s Marvel epic, Harington’s character was a seemingly unremarkable scientist and historian at the London Natural History Museum who falls in love with Sersi, not realizing her true nature as a member of the powerful Eternals. Dane had a small role in Eternals overall, but the movie’s post-credits scene hinted at a much bigger MCU future. As in the comics, he was gifted the Ebony Blade from a deceased ancestor, thus hinting at his transformation into Black Knight. The scene also featured a cameo from Mahershala Ali’s Blade. While Harington’s MCU future is still uncertain, one of Moon Knight‘s writers has revealed that Whitman could have returned to the MCU sooner than fans might have expected.

In a recent interview with Comicbook.com, Slater sheds some light on early details from Moon Knight‘s development. Slater reveals that he felt a Whitman cameo would be a natural inclusion for the series due to his career at the Natural History Museum. However, the head writer realized Whitman would have to be seen becoming the Black Knight and have a greater role in Moon Knight‘s first two episodes, as Slater felt a simple, quick interaction between him and Isaac’s Steven Grant would be a waste of Harington’s appearance. Check out Slater’s recollection below.

“We talked about Dane Whitman a little bit just because he works in a history museum and that could be a natural interaction. My feeling was if we got Kit Harington to show up and he doesn’t suit up and he doesn’t kick ass, as a fan I’m pissed off.

If I see him show up I want to see him go full Black Knight. Just seeing an interaction where he walks past and goes ‘Oh hey Steven,’ who responds ‘Oh, hey Professor Whitman!’ It felt like that would be a waste of the money it would cost Kit Harington in there.

Also, there’s only so much you can do to tease those reveals before people get frustrated. There was no space in those first two episodes to have him suit up and play Black Knight in the storyline, so we ultimately decided that it didn’t make sense to make this connection. But it was something we definitely talked about a couple days in the room.”

Whitman wasn’t the only Eternals cast member considered for a Moon Knight cameo, as the Eternals themselves were considered for a flashback during the development of the series. Slater revealed in a previous interview that the superpowered artificial beings were considered for a cold-open flashback that would depict the team of heroes assisting Khonshu’s (voiced by F. Murray Abraham) previous Avatar, Alexander the Great, in sealing away Ammit (voiced by Saba Mubarak) in Ancient Egypt. However, due to the sequence’s cost, it would have been too expensive to bring the team into Moon Knight. Slater accepted that it would be better to leave future appearances and development for later installments in the MCU.

Moon Knight stood apart from other Marvel Disney+ shows by having few connections to the MCU beyond a handful of references, allowing it to tell its own story isolated from any ongoing narratives. However, many members of the show’s cast are open to crossover opportunities in future MCU projects beyond Moon Knight, meaning that Steven and Dane may yet cross paths. While Whitman’s future is unconfirmed, it is possible Harington may make an appearance in Ali’s Blade film as well.

Next: Blade & Black Knight’s MCU Future Is Bigger Than The Supernatural Avengers

Why Chris Pratt Movies Are So Popular (Despite Him Being Disliked)