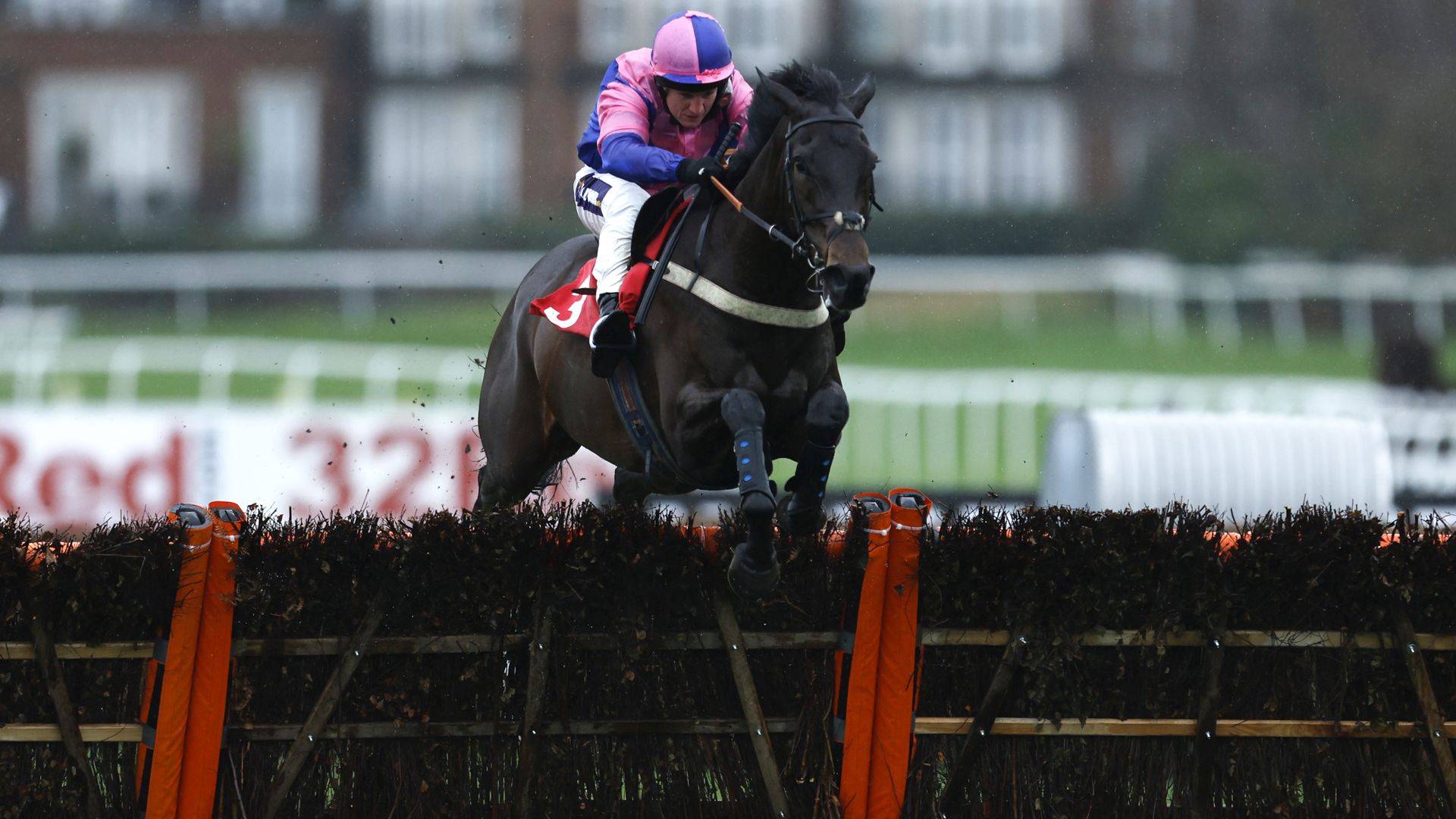 Moulins Clermont made up for a disappointing British debut at Fontwell with an authoritative display to land the Unibet Extra Place Races Every Day Juvenile Hurdle at a rain-soaked Sandown.

Persistent rain throughout the morning had turned the official going to heavy (soft in places), yet it was not to the detriment of the winner, who appears to have plenty of scope.

Jamie Moore’s mount, sent off the 5-6 favourite, had flopped on his initial outing for Gary Moore, having arrived from France, but he had his three rivals in the two-mile heat all at sea turning in.

Under a tight rein, the four-year-old spreadeagled the field for a 13-length success over Malakahna.

His Horsham-based trainer said: “If I knew what happened at Fontwell…. God only knows – I couldn’t believe it, honestly.

“It was only a few weeks ago and whether he had not acclimatised or what, I don’t know. I couldn’t see him getting beat at Fontwell but he got well beat in an average sort of race.

“He is a good work horse – he has always worked well. I thought he would win today, but I was never over-confident because of what he did at Fontwell.

“He did it nicely, though. He is still a baby. Jamie said he was pricking his ears all the way around was still green all the way round,. He also said the ground was very, very soft.

“He is a chaser in the making – he is not a three-year-old off the Flat who hasn’t got another day in him.”

He added: “I don’t know what we’ll do with him. Whether we will look at the (Triumph Hurdle) trial at Cheltenham or not, I don’t know.

“I’d rather go somewhere small and get his confidence up, somewhere a bit more personal. He hasn’t had a race there really and he could really do with one to educate him a bit more.”