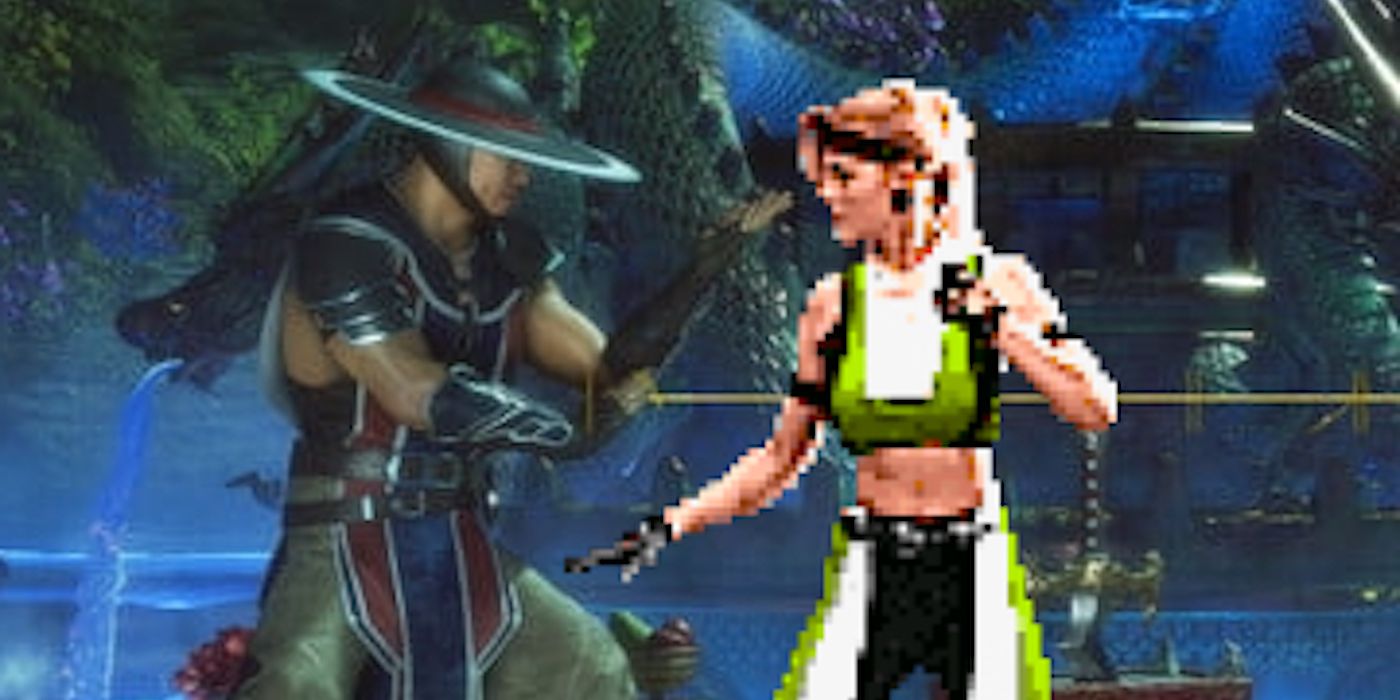 Ed Boon, the director of Mortal Kombat 11, has revealed that a skin pack featuring the series’ classic arcade actors has been discussed. The relentlessly graphic fighting game series started off in the arcade, where each character was actually portrayed by a live-action performer. While Mortal Kombat 11 revolutionized the series with in-depth character customization and photorealistic graphics, a petition to remaster Mortal Kombat Trilogy proves that fans are still interested in the series’ retro roots.

Mortal Kombat 11 brought the classic series into the modern era, while also maintaining the franchise’s core pillars of brutal violence and skill-based combat. The modern entry dramatically enhanced character customization, with each kombatant possessing numerous skins alongside three different item slots to personalize. Each Mortal Kombat 11 character’s unique backstory and personality shines through thanks to their unique items, skins, Fatalities and match intro dialogue. Developer NetherRealm Studios expanded the game further through post-launch support, introducing brand-new characters as well as additional cosmetics for the base roster. In November 2020 NetherRealm added 1995 movie skins to Mortal Kombat 11, with the actors from the franchise’s first live-action film lending their likenesses and voices to the expansion.

Responding to a fan on Twitter, Mortal Kombat co-creator Ed Boon revealed that skins of the series’ original arcade game actors have been considered. Similar to MK11’s 1995 movie skins, this theoretical pack would swap out the modern versions of the franchise’s oldest characters with the actors who portrayed them in the arcade. For example, Sonya Blade’s original actress Kerri Ann Hoskins would replace Mortal Kombat 11’s version of the character, with Hoskins even responding to Ed Boon on Twitter.

Why is my Twitter blowing up today? Oh… hi Ed. 💋

With fans requesting that Ed Boon bring back the series’ classic actors, the Mortal Kombat community is clearly nostalgic for the franchise’s arcade roots. To pay respects to the brutal fighting game franchise’s origins, a Mortal Kombat arcade machine with free online multiplayer was recently announced by Arcade1Up. The 1990’s throwback will help gamers celebrate the series’ 30-year anniversary, with the machine containing Mortal Kombat, MKII, MK3 and Ultimate Mortal Kombat 3. Multiplayer functionality will let players challenge each other online from the old-school cabinet, breathing new life into the series’ very first installments.

While NetherRealm Studios has ended support for Mortal Kombat 11, there seems to be plenty of ideas that never made it into the game. A skin pack starring Mortal Kombat’s original arcade actors would be an amazing homage to those classic games, and it would add even more customization options to the series’ modern entries. While MK11 never received this coveted skin pack, it is possible that the next entry in the bloody saga will see the concept become a reality.

Battlefield 2042 Is Free On Xbox This Weekend

Thomas McNulty is an avid reader, writer, game player and movie watcher from New Jersey. Movies, TV shows, video games, books and pop culture are personal passions, and he is thrilled to be writing about those topics that are so near and dear. If someone has a story to tell, they should be able to tell it. He is committed to delivering accuracy with every article and staying true to his voice.