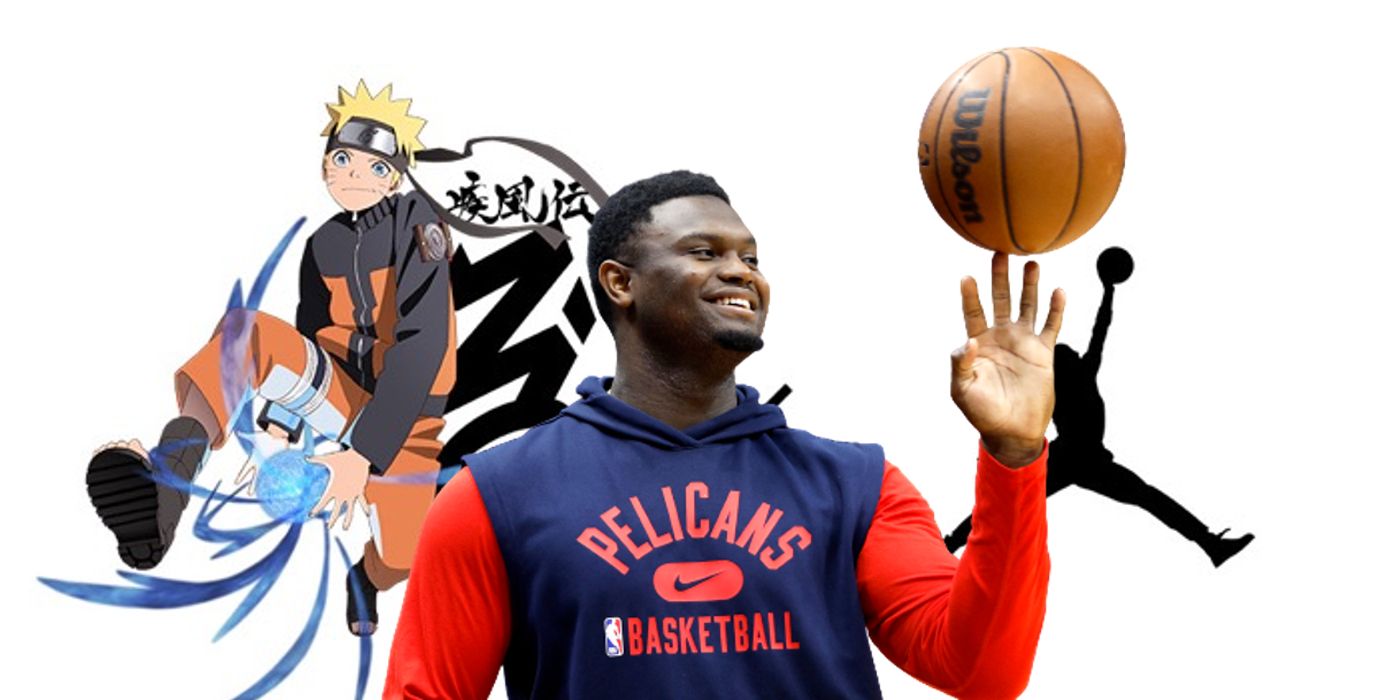 
Jordan Brand and the NBA’s Zion Williamson have revealed a collection of Naruto-themed Zion 1 sneakers inspired by the player’s passion for the manga.

The popularity of Naruto lingers long before the end of the acclaimed manga, as proved by the collaboration with Nike’s Jordan Brand and NBA player Zion Williamson, who just revealed an upcoming collection of Naruto-themed Zion 1 sneakers.

Naruto is the fifth best-selling manga of all time, with more than 250 million volumes in circulation and a successful brand that includes anime, merchandise, and apparel lines. The manga tells the story of Naruto, an orphaned ninja from the village of Konohagakure who is cursed at birth with the burden of being the human prison for a powerful and dangerous spirit known as Kurama the Nine-Tailed Fox. Going through many hardships, losses, and battles, Naruto will find the acceptance and recognition he desires, overcoming every obstacle with his indomitable ninja spirit. No stranger to indomitable spirit himself, Zion Williamson is the forward of the New Orleans Pelicans, and one of the faces of the Jordan Brand, with which he signed a multi-million contract in 2019.

Related: Naruto Was Always a Better Story Without a Major Villain

The collaboration with Naruto was announced on April 23, 2022, by the Jordan Brand‘s official Twitter account, which posted a picture of Naruto performing a slam dunk with his iconic ninja technique, the Rasengan. Williamson tweeted that the Naruto x Jordan Zion 1 Collection is inspired by the parallel between the character and his own path of overcoming adversity. The new shoes come in four different color schemes, according to Modern Notoriety. The yellow/orange is called “Kyuubi” and it mirrors Naruto’s ultimate form the Kyuubi Sage Mode, and is inspired by the moment Zion unlocked the ability to harness his potential. The white/black one is the “Sage of the Six Paths” in honor of Hagoromo Ōtsutsuki, the legendary creator of the shinobi world, and all the mentors who helped Zion during his life. The red/black is called “Nine Tails,” as it mirrors the color of Kurama’s chakra inside Naruto, a powerful but wild nature that Zion also feels lives inside of him. Finally, a special promo shoe, the Air 200E “Jonin,” is not scheduled for release. The line also includes a range of apparel: hoodies, sweatpants, and long-sleeve and short-sleeve tees.

After spraining his knee in February of 2019, Williamson was able to recover from the injury and became the first pick in the 2019 NBA draft.  The star player says that his interest in anime began at a young age and inspired him throughout his journey, especially Naruto’s motto to always believe in yourself. His passion for anime and manga was rewarded when he received a personalized drawing by Kishimoto himself, depicting Williamson in a Naruto outfit sporting a signature shinobi headband.

Over the past decade, manga and anime have become a mainstream global phenomenon. This was also thanks to the popularity of the “Big Three”: One Piece, Bleach, and of course Naruto. As these franchises grew more successful in the West, more and more people realized they could relate to these stories that, aside from the fantastic battles and superhuman feats, are really about personal growth and overcoming the obstacles that life puts in our way. Seeing that Zion Williamson, one of the most successful professional athletes in the world, was inspired by Naruto’s story must feel very uplifting for fans of the manga worldwide, who have shared the same tears, laughter, and excitement while following the adventures of the young ninja.

Zion Williamson‘s talent, popularity, and passion for mangas and anime make him the perfect ambassador for Naruto fans all over the world. The Naruto x Jordan Zion 1 “Kyuubi” and the Naruto x Jordan apparel collection will be available from May 11 on Nike.com and at select retailers. The “Sage of Six Paths” and “Nine Tails” versions will launch on May 18.

Next: Naruto’s Biggest Mystery: Who Killed the Series’ Strongest Ninja

Senior Comics Writer @screenrant. History PhD in my spare time. You can find me on Twitter @FrancCacc