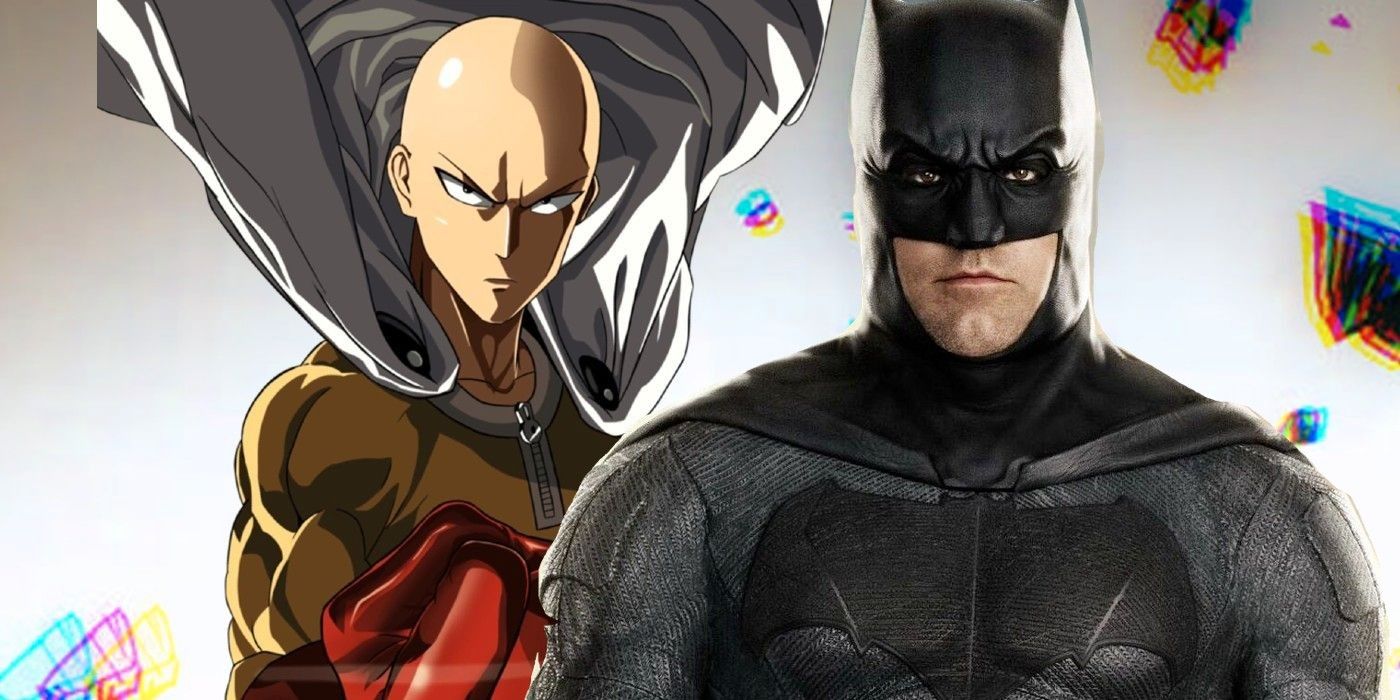 
While One-Punch Man’s punch has never failed to take down an opponent, he has never met an opponent as cunning and determined as Batman.

It’s known that One-Punch Man’s Saitama has legendary fighting skills but what would happen if he were to take on Batman in a fight? He’s faced a rogue’s gallery of villains but has never failed to put them down using his speed, invulnerability, and, of course, his knockout punch. It would seem, from the manga and fan discussions, that Saitama is the one superhero who can rule them all. However, Saitama has never fought DC Comics’ Batman, a superhero who lacks super-powers but makes up for his deficiencies with cold-hard calculations and uses cutting-edge technology.

One-Punch Man has a fairly simple approach to crime fighting. He challenges the villain to confront him in the classic comic one-on-one fight. If the villain agrees to those conditions, or finds himself in that position regardless, they will lose. That is, taking on One-Punch Man strength versus strength, ends with the opponent’s defeat. His punch is, at the moment, unstoppable if it lands. If Batman were to challenge Saitama in this manner, he would undoubtedly loose.

Related: One-Punch Man: Why There Are Three Different Versions Of The Comic

However, if the history of the Batman story reveals anything, it is that Batman is not a fool. The world’s greatest detective will not enter into any fight without first conducting his due diligence. The most obvious demonstration of this occurred in Batman: The Dark Knight Returns where, despite his obvious disadvantages, Batman used his knowledge and understanding of Superman’s vulnerabilities to approach the fight from a position of strength rather than weakness. It is unlikely he will put in a lower level of consideration in preparing for a fight with Saitama as Batman has had extensive experience fighting heroes vastly superior to him.

So, who wins the fight? Despite his stellar win-loss record, Batman should be able to notch a solid win against Saitama for several reasons. First, there is the fact that Saitama is bored. He has faced opponents much more powerful than Batman and dispatched them without much effort. It’s unlikely that he will consider Batman such a major challenge that he would prepare for it. As such, he won’t change his style, strategy, or mindset. That is, he will come into the fight expecting to win—that will play to Batman’s advantage.

Second, while Saitama does not present any obvious vulnerabilities, there are a number of low-level weaknesses that his outstanding power masks, which a detective as good as Batman will discover. First, there is the fact that in all of his battles, Saitama’s eyes and ears are wide-open. That is, it seems he needs to see and hear his opponent in order to unleash his punishing punch. If there is any way to take away his eyesight and hearing in a battle, Batman is the one who will think it up. A stun grenade with an intense flash light and an ear-splitting sonic aftershock should achieve the necessary disorientation.

Third, there is the fact that Saitama is, after all, human. That is, as long as opponents can avoid his “one-punch” they can inflict damage onto him that would or should take down a normal (albeit super-powered) human.

Consequently, with One Punch coming into the fight expecting it to be easy, Batman momentarily stuns Saitama taking away his abilities to see, focus, and hear. While he is stunned, Batman can get close enough to One-Punch Man to shoot, stab, inject, burn, bomb or do whatever is necessary to take him out. Batman would not have much time, but then again he would not need much time to win a fight using planning and preparation. In the end his smarts should overcome Saitama’s brute force.

Next: Batman Proves He Knows Superman Better Than Wonder Woman Does

90 Day Fiancé: Where Before The 90 Days Stars Avery & Ash Are Now