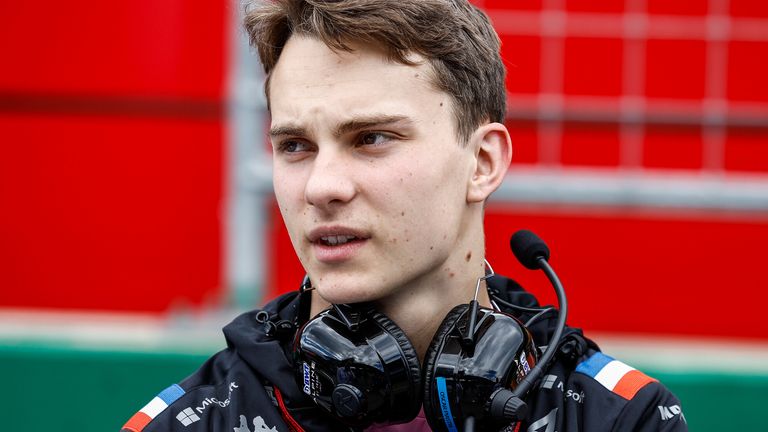 Oscar Piastri has been confirmed at Alpine for the 2023 Formula 1 season, where the Australian will debut as Fernando Alonso’s replacement.

Alpine were left with an unexpected spot free in their line-up after two-time world champion Alonso agreed a shock move to Aston Martin, and have promoted from within to source Esteban Ocon’s next team-mate.

Piastri, 21, will arrive in F1 with a stellar reputation, having followed in Charles Leclerc and George Russell’s footsteps by winning the Formula Three and Formula Two crowns, the latter in dominant fashion in 2021.

But with Alpine’s line-up filled for 2022 and other avenues closed, Piastri took a ‘year off’ racing as the team’s reserve driver.

Alpine were keen to get him onto the grid for next season and Alonso’s exit – with the Spaniard replacing Sebastian Vettel – opened a door in-house, and Piastri will have a chance to show his talent in a competitive seat.

Alpine are currently fourth in the constructors’ standings, four points ahead of midfield rivals McLaren.