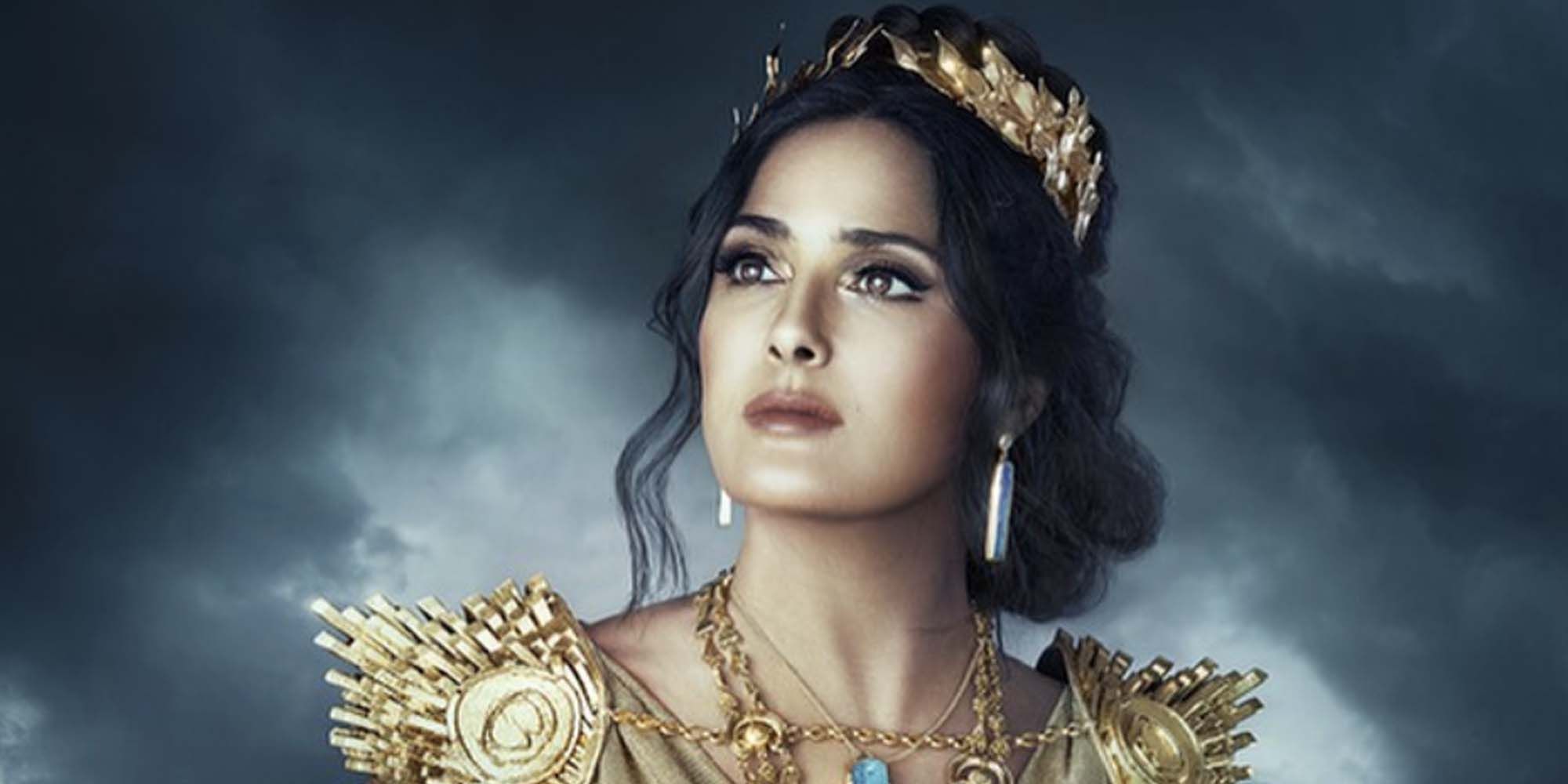 
Salma Hayek poses as Hera in a promotional poster for the 2022 BMW ad for the Super Bowl alongside Arnold Schwarzenegger and Ralf Moller.

Salma Hayek is Hera in a new poster for the upcoming BMW ad for Super Bowl Sunday. Alongside Hayek, former governor of California and actor, Arnold Schwarzenegger and German actor, Ralf Moller, have been confirmed with their respective BMW promotional posters as well. The last television spot BMW had during the Super Bowl was back in 2015, with Katie Couric and Bryant Gumbel endorsing the BMW i3.

This is not Hayek’s first rodeo playing someone from Greek mythology, as she recently starred in Chloe Zhao’s Eternals as Ajak, based on the Greek mythological hero Ajax. Eternals follows as part of Phase 4 in the Marvel Cinematic Universe and met polarizing reviews from critics and the audience. However, despite the underwhelming box office performance for an MCU film, Eternals broke records for Disney+ when it hit the subscription platform last month.

Related: The Eternals Already Defeated A Celestial In The MCU – Theory Explained

In a post on Instagram, Hayek shares a promotional poster for the upcoming Super Bowl ad for BMW USA. Hayek discloses her immense excitement for her first BMW ad and to endorse their new electric iX vehicle. In the alluring poster, she is seen beautifully embellished in golden metallic attire and accessorized with turquoise-colored jewelry. The poster also displays Hayek with a golden ray encircling her, similar to Schwarzenegger’s lightning seen on his post. See the poster below:

Prior to Hayek’s post, Schwarzenegger teased a mysterious poster of him as Zeus on Twitter, with many initially speculating about a feature film or a video advertisement for the upcoming Super Bowl. Earlier today, a short teaser video was released by BMW of Schwarzenegger as Zeus along with Hayek’s poster, ultimately confirming the Super Bowl commercial. Hayek will be playing the wife of Zeus and the goddess of marriage, marking her first collaboration with the Terminator actor. Although the commercial will be short-lived, it may not be the last time Hayek will portray someone from Greek mythology, as she was confirmed to have signed a multi-film contract with Marvel Studios last year.

Over the years, many fans continue to anticipate the arrival of the Super Bowl for its entertaining commercials, featuring many renowned celebrities. Unfortunately, neither Hayek nor the teaser revealed more information in regards to her role in the upcoming BMW project. Therefore, fans will have to tune in to watch Hayek’s performance as Hera when the advertisement premieres on February 13, during the Super Bowl LVI game between the Cincinnati Bengals and the Los Angeles Rams.