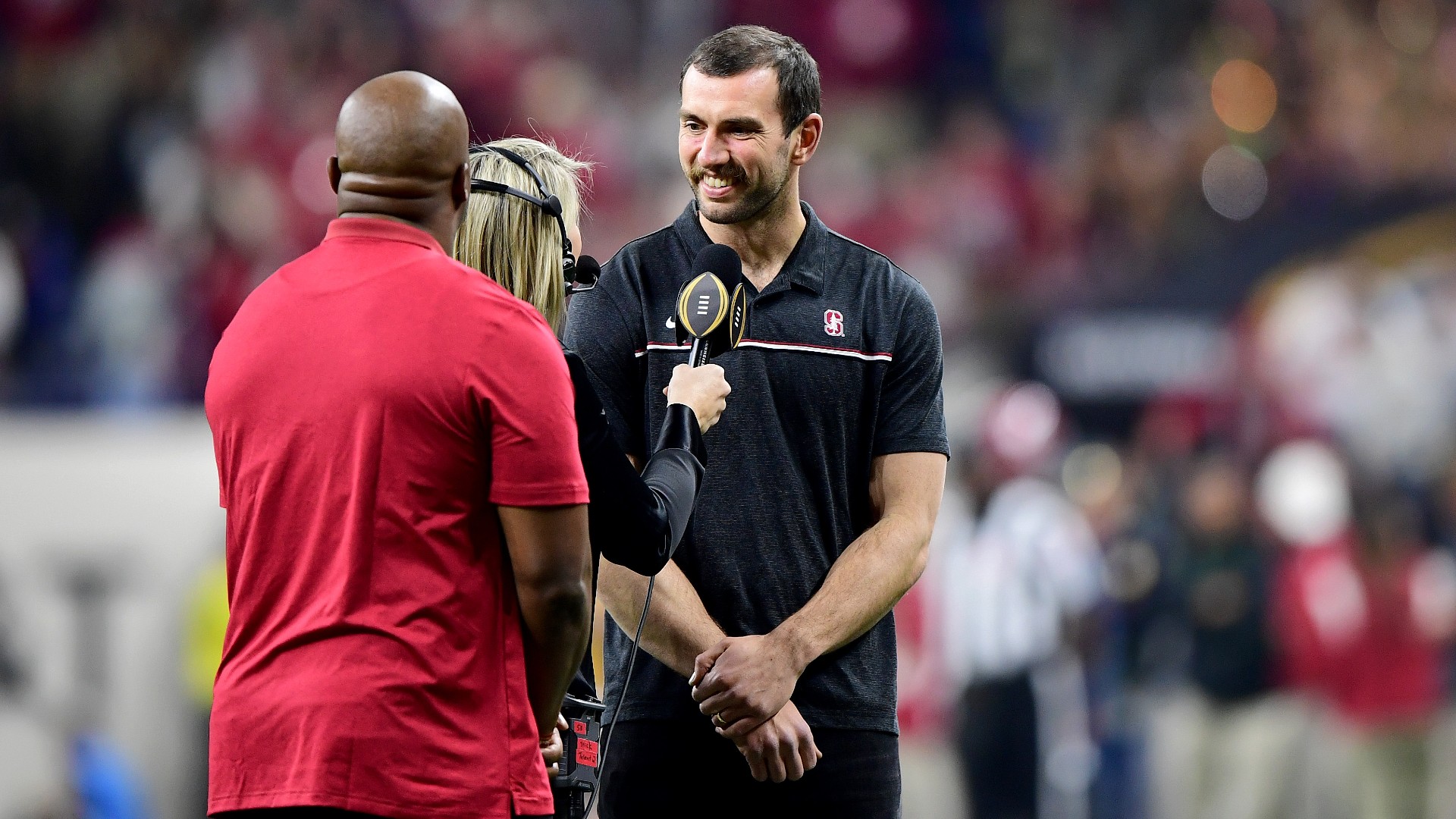 Andrew Luck entered Lucas Oil Stadium on Monday night looking much different than the man who starred for the Colts from 2012-18.

Ahead of the College Football Playoff national championship game between Alabama and Georgia, Luck made a surprise appearance on ESPN’s “College GameDay” show. The slimmed-down and mustachioed Luck, standing inside the venue for the first time since he shockingly retired from the NFL after just six seasons, was honored as one of the members of the 2022 College Football Hall of Fame class.

First time seeing him here since he walked off this field to announce his retirement.#NationalChampionship pic.twitter.com/BKd8TfQitx

“[It’s an] amazing honor, so happy to share it with Stanford,” Luck told ESPN’s Joe Tessitore. “It’s meant so much to me while I was there and since then. Great coaches, especially the players and teammates — I think football is the ultimate expression of team and team sport. Teammates give you so, so much.”

Luck was a Heisman Trophy runner-up in back-to-back seasons at Stanford (2010-11), finishing behind Cam Newton and Robert Griffin III, the latter of whom currently serves as an ESPN college football analyst and was alongside Luck during the pregame interview.

After the trio discussed the challenges of playing on such a big stage and offered advice to the starting quarterbacks, Griffin asked Luck the question that must have been on the minds of many Colts fans: “We haven’t seen you. What have you been doing, man?”

While there has been outside speculation in recent years about Luck potentially returning to the NFL — Colts owner Jim Irsay said last year that the franchise would “love” to have him back — it doesn’t appear the 32-year-old has any regrets about his decision. Luck walked away from football before the 2019 season after dealing with several injuries that left him in a cycle of “injury, pain, rehab.”

“I felt stuck in it. The only way I see out is to no longer play football,” Luck said. “It’s taken my joy of this game away. I’ve been stuck in this process. I haven’t been able to live the life I want to live. And after 2016, when I played in pain and was unable to really practice, I made a vow to myself that I would not go down that path again. I find myself in a similar situation.

“The only way forward for me is remove myself from football and this cycle that I’ve been in. I made a vow to myself that if I ever did again, I would choose me in this sense.”

You can watch Luck’s full “College GameDay” segment below.