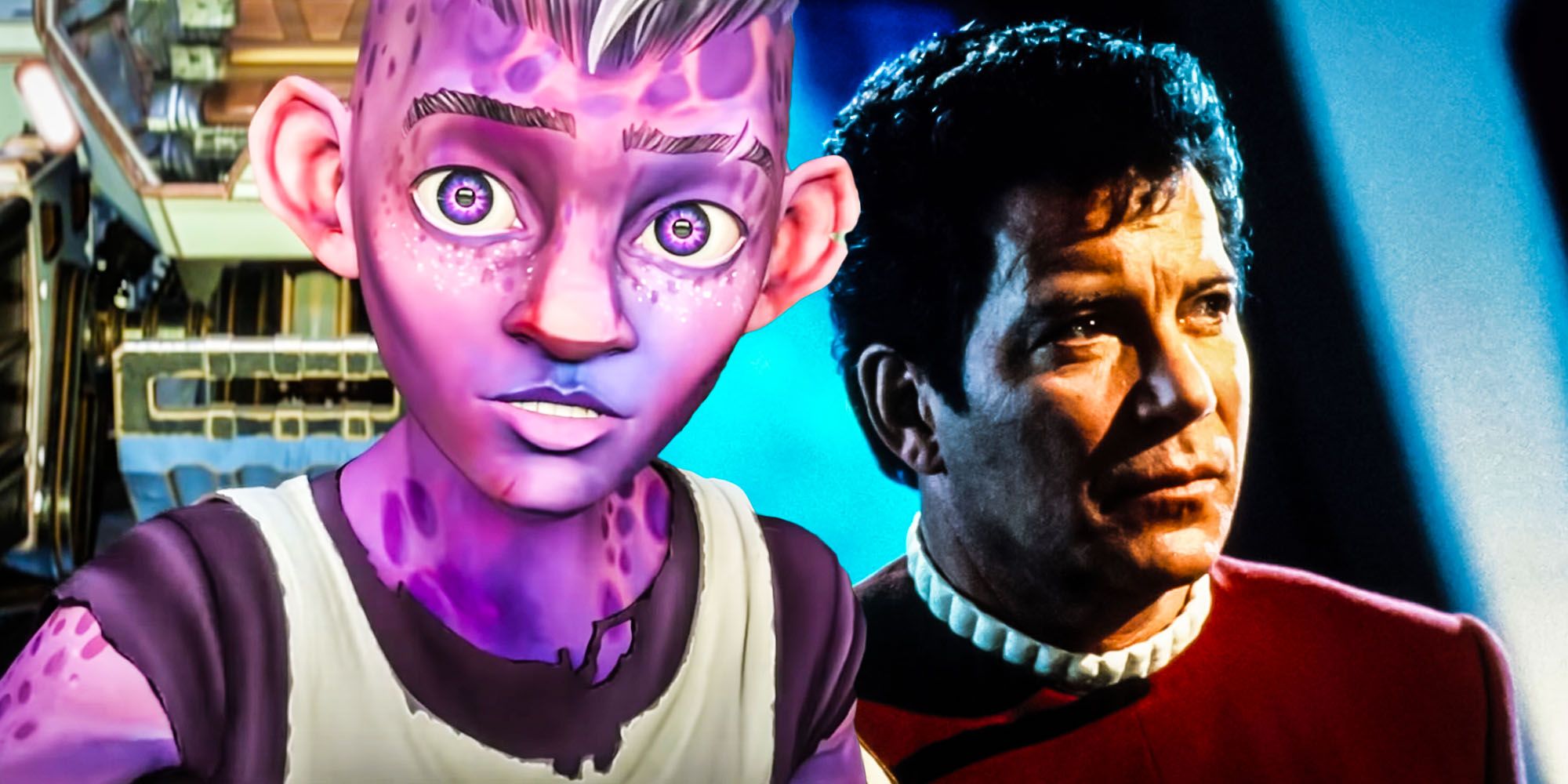 
Star Trek: Prodigy’s dream crossover teased Kirk but Dal shot the idea down. Trekkers are still waiting for Kirk to appear in Star Trek on Paramount+.

Although Kirk is one of Star Trek’s greatest characters, the Captain of the Enterprise curiously has no presence in Paramount+’s ever-growing lineup of new Star Trek shows. Shatner portrayed Kirk from 1966-1994 in three seasons of Star Trek: The Original Series, one season of Star Trek: The Animated Series, and six Star Trek movies starring the original cast before the Captain’s canonical death in Star Trek Generations. Since then, a younger Kirk has been played by Chris Pine in the alternate Kelvin timeline of J.J. Abrams’ Star Trek movie trilogy but the Prime Universe seems to have moved on from Kirk. Comparatively, Spock, played by Ethan Peck, has appeared in Star Trek: Discovery season 2, Short Treks, and will be a co-lead in Star Trek: Strange New Worlds. Via old footage and audio files, Leonard Nimoy’s classic Spock has also been post-humously resurrected in Star Trek: Discovery season 3 and now in Star Trek: Prodigy‘s holodeck.

Before Star Trek: Prodigy episode 6’s jaw-dropping cavalcade of surprise holodeck cameos began, Dal and Jankom Pog (Jason Mantzoukas) went through a list of legendary Starfleet personnel. When Jankom suggested, “What about this J.T. Kirk guy?” Dal shot the idea down completely and noted, “I think we already have a Captain.” Of course, Dal immediately dismissing Kirk to join his Kobayashi Maru crew makes sense since, after all, Dal was taking the test to evaluate how he would fare as a Captain when faced with a no-win scenario. Captain Kirk would have been redundant in Dal’s Kobayashi Maru. Still, for Trekkers who are waiting for Paramount+’s Star Trek series to finally bring Kirk in, it was crushing for Star Trek: Prodigy to raise the possibility and immediately dash all hope.

When Star Trek: Prodigy‘s producers were choosing which legends to include in “Kobayashi,” Kirk doesn’t appear to have been under consideration. Even if he had been, it’s unclear whether Prodigy could have secured William Shatner to voice Kirk again the way Gates McFadden returned to voice Dr. Beverly Crusher on the holodeck. But even without Shatner’s participation, Star Trek: Prodigy could have simply used audio files from old TOS episodes and movies the way they did for Spock, Uhura, Scotty, and Odo (Rene Auberjonois) since the actors who played the latter three characters have passed away.

As deeply satisfying as Star Trek: Prodigy‘s crossover was, the animated series name-dropping Captain Kirk and not delivering also meant that Prodigy missed the opportunity to bring back William Shatner’s James T. Kirk for the first time since he was last canonically seen in Star Trek: Deep Space Nine‘s “Trials and Tribble-ations,” which aired the year after Kirk’s death in Star Trek Generations. Meanwhile, it’s been 28 years since Shatner last played Kirk and it’s increasingly doubtful the 90-year-old actor will play his iconic role again in any capacity. Instead, nearly all of Paramount+’s Star Trek shows have a Kirk replacement character.

However, if Kirk does finally return in Star Trek on Paramount+, appearing in one of the animated series is the best bet unless Star Trek: Strange New Worlds recasts the young Kirk. Captain Kirk has been lovingly referenced several times in Star Trek: Lower Decks, which has even shown the Enterprise in a Star Trek II: The Wrath of Khan holodeck scenario. But Star Trek: Prodigy has now proven that they simply need to say the word to conjure James T. Kirk on the holodeck, which is an exciting prospect the show will hopefully pull the trigger on one day.

Next: Star Trek Just Had A Crossover Fans Wish Could Happen In Live-Action

John Orquiola is a Features staff writer who has been with Screen Rant for four years. He began as a director’s assistant on various independent films. As a lover of film and film theory, John wrote humorous movie reviews on his blog, Back of the Head, which got him noticed by Screen Rant. John happily became the Star Trek guy at Screen Rant and he leads Feature coverage of the various Star Trek series, but he also writes about a wide range of subjects from the Marvel Cinematic Universe to Cobra Kai. His other great nerdy love is British TV series like The Crown, Downton Abbey, and Killing Eve. John can be found on Twitter @BackoftheHead if you want to see photos of the food he eats.