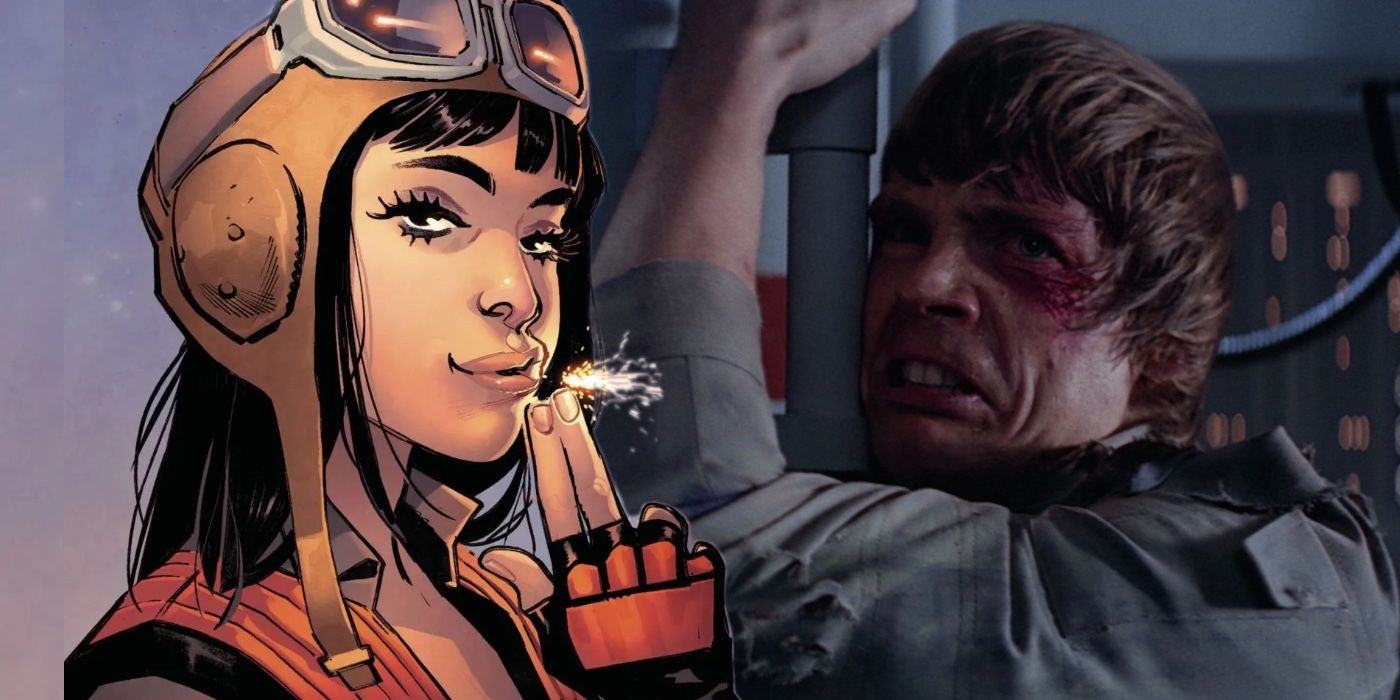 
The Star Wars franchise has a habit of chopping off the limbs of anyone who can spare one, and now in comics, the series has really outdone itself.

In the juggernaut multimedia franchise that is Star Wars, the act of getting one’s limbs cut off is a long-running gag that has become a staple in the series, and in the newest issue of Doctor Aphra, the idea of losing an appendage has just been taken to the next level. Suffice it to say, cutting off one arm seems far too tame for a series that can now lay claim to severing a bunch of arms all at once, only to then use them as surprisingly efficient weapons after the fact.

As seen in Marvel‘s Star Wars: Doctor Aphra #17, by Alyssa Wong and Minkyu Jung, this issue picks up after Doctor Chelli Aphra and her partner in crime, Sana Starros, come face to face to severed limbs with an acquaintance of Aphra’s that has gotten the drop on them. Naming themself as Aphra’s enemy, Kho Phon Farrus, Aphra immediately understands that they’ve stepped into a sort of ritual of Kho’s that even a seasoned archeologist like Aphra can’t wrap her head around.

Stumbling across close to a dozen dismembered arms, Aphra notices that Kho is using an Ascendant Artifact, or a piece of tech that mimics the power of the Force for non-Force sensitive beings, as a centerpiece for their ritual. And as Kho, Aphra, and Sana Starros start to go at it in a dance of blaster fire and specialized tech, the idea of Star Wars finally jumping the shark when it comes to its severed arms obsession is finally realized.

Obsessed with the Force and the Sith despite not having any abilities inherent to either, Kho somehow manages to levitate every severed arm in the area high into the air, baffling Aphra and Sana alike. Going on to chuck them in quick succession at the duo, Kho escapes, with Aphra only realizing afterward that Kho faked the use of the Force with some magnets attached to the underside of the arms, further taking the series’ idea of dismembered limbs to levels unheard of as of yet.

Acting like an inside joke for Star Wars fans for years (it’s even found its way into many MCU movies as a nerd homage), characters getting their extremities hacked off has been used in both huge moments in the series — like when Luke’s hand is cut off by Vader in The Empire Strikes Back — and during smaller, character-building ones like when Obi-Wan was shown as the badass he is after cutting off Ponda Baba’s arm in the Mos Eisley Cantina in A New Hope. And now, with this issue extrapolating on near every severed arm incident Star Wars fans have seen in the franchise thus far, things have clearly gotten out of hand, pun entirely intended.

So while it’s hard to imagine where Star Wars can take this wildly unsettling motif after a cloud of severed arms are used as an actual, pre-prepared weapon, seeing a bunch of cut-off limbs fly at our dual protagonists is still a wild sight to see. Star Wars storytellers will probably always find a way to wiggle in a chopped-off arm or hand in whatever medium they’re telling their stories in, but topping this disturbingly epic moment in Star Wars lore is now one that will be hard to pull off in the future.

Next: Star Wars’ Ascendant Cult Was So Powerful, Even the Sith Feared It

Brian is first and foremost a nerd in every way shape and form. He likes to compare himself to a black hole, consuming any and every form of entertainment unlucky enough to get caught in his gravitational pull. It’s not uncommon on any given day for him to read a couple comics, settle down with a good book, watch a few movies (inside and out of the theater), catch up on his ever growing but never depleting streaming queue, challenge himself with a few good video games, and of course, write his heart out. He spends every waking moment dreaming up interesting and intriguing concepts and ideas that will hopefully one day inspire and entertain anyone looking for an escape from their daily lives. Graduating from Full Sail University in good old humid Florida, Brian currently lives and works in New York City and lives for the day when all he has to do is wake up and create something unique and new for people to enjoy.