Tesla is installing a pool at one of its Supercharger stations in Germany. It will be open from Aug. 4 to Aug. 28, Thursdays through Sundays.

Tesla is adding a swimming pool at one of its largest Supercharger stations in Germany. It seems the eclectic vehicle company wants to add more amenities to its charging stations. The company is still working on a Diner/Drive-In Theater. In this case, it’s more of a gimmick and something that Tesla CEO Elon Musk wants. But it can also bring more revenue to the company.

Tesla has even more plans for its Supercharger stations as it plans to open up its Supercharger network to non-Tesla EVs in the U.S. sometime this year. This is part of the White House’s plan to make charging electric vehicles more affordable and to help more people adopt them.

Tesla Welt Podcast posted a video on its YouTube channel giving a first look at the Tesla Super Pool that is being installed at a Tesla Supercharger station. It will open on Thursday, Aug. 4, and be open until Sunday, Aug. 28. It will be open Thursdays through Sundays, from 2 p.m. to 7 p.m. GMT+2. This is only a test, so Tesla owners will have to see if the pool sticks around after this month. However, people do not need to own a Tesla to try out the pool since there are chargers for other EVs, too, at this location. The swimming pool can accommodate four people for 10 minutes. The restricted time is due to how long it takes to charge a Tesla with a Supercharger. In addition, the solar power installation will power it.

Tesla Is Testing Out More Amenities At Supercharger Stations

While Tesla has tried to build its Supercharger stations near restaurants and other amenities, this has not always been easy. So, it’s testing out amenities in Germany. Recently, Tesla installed cube lounges with automated vending machines that provide drivers with food, coffee and other items. The lounges also offer bathrooms. The food provided is fresh, healthy and low in sugar. This endeavor is a partnership with bk World. This amenity seems very sensible as food and coffee will be what drivers will need if they are on a long drive.

The pool could be a nice way for drivers to relax while waiting for their vehicle to charge, but it also feels a little more than what is needed. It’s not as extravagant as the Diner/Drive-In Theater mentioned above. The swimming pool doesn’t look like much. It’s small with a couple of black beach balls with Tesla on them. The company could jazz it up before opening. This is only a first look at it, after all.

Next: Tesla Will Allow Businesses To Charge For Destination Chargers 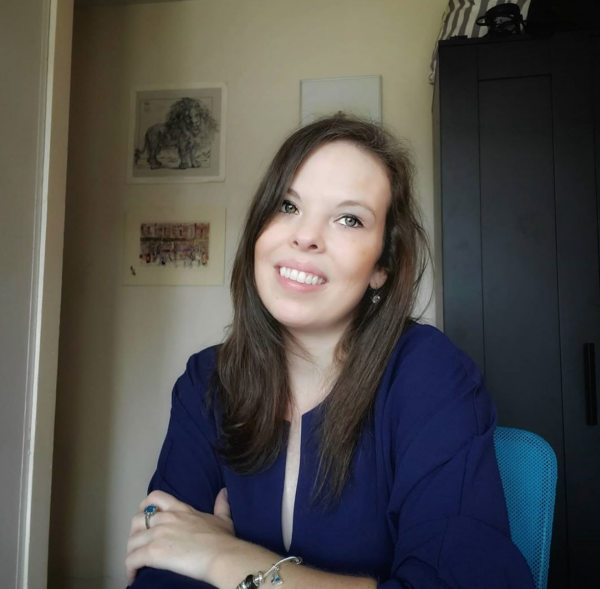 Screen Rant’s Tech Editor, Mandy Carr, started at SR in October 2021.
She was the former managing editor for the start-up media company, Bold TV, where she grew the website and social media accounts by 20%. She went on to be the communications manager for the New York Academy of Sciences’ education programs. She launched and grew the Instagram account 1000 percent in one year while building a community for the students.

You may have also seen Mandy’s work on her blog, Primetime Addiction, where she has interviewed some of her favorite TV show actors. She started her website during her master’s in the magazine journalism program at the University of Sunderland.

Mandy has a lot of interests. She also loves tennis, ice skating, history, going to concerts and is a self-proclaimed Swiftie.