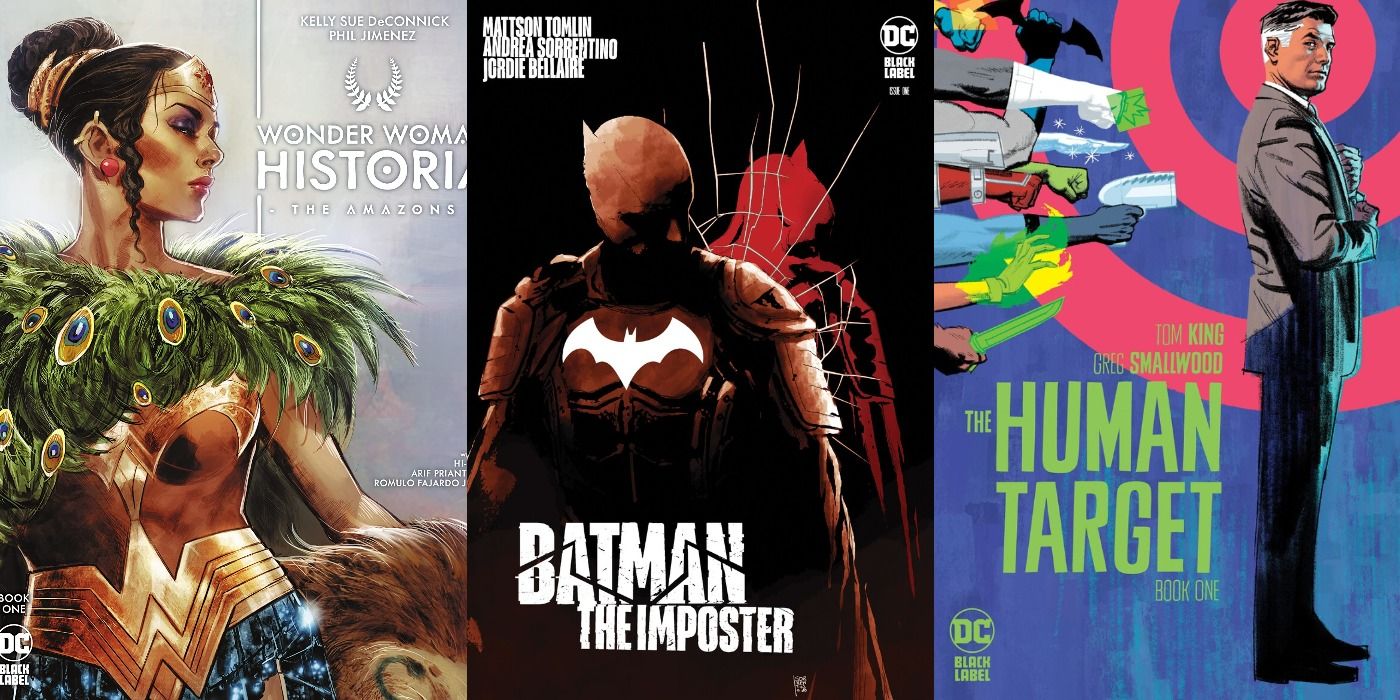 
The last year was another where the comic book industry saw a boost in mainstream commercial and critical success. 2021 was also the year that marked DC Comics‘ launch of their Infinite Frontier brand-wide initiative to progress beyond 2016’s Rebirth era.

RELATED: 10 Best Daredevil Comics For New Fans To Start With

Aside from superhero icons like Batman, Superman, and Wonder Woman, some great creator-driven series have also earned their respective acclaim. Comic book fans on Reddit have shared their thoughts and compiled their lists on what they believe to be the publisher’s best work over the last year, ranging from their mainline and alternate canon stories.

While his live-action tenure on the then-DC Universe streaming platform was unfortunately cut short, comic book fans commonly regard him as one of DC’s best monster characters. Redditor LordCosmagog chimes in saying “For me, the best books of the last 12 months have been Justice League Dark & Swamp Thing,” with the Guardian of the Green being one of JLD’s prominent members historically.

Ram V.’s The Swamp Thing limited series garnered consistently high praise across its 10-issue run in its introduction of the next Guardian of the Green and new compelling, emotional themes that the likes of Alan Moore revitalized the character with. The great reception of the series led DC to greenlight another six issues for another run.

The recent trailer for The Batman has stirred even more fan excitement, making now a good time for fans to read Mattson Tomlin’s Batman: The Imposter. Tomlin was brought on in 2019 to assist Reeves and Peter Craig in writing the movie, and the premise and quality of the series seem like a clear influence from his time on it.

It’s perhaps the most grounded the Dark Knight has been in comics, focusing on a gritty, street-level crime-noir story of someone impersonating Batman to ruin his young reputation. Redditor SequentialNation compiled a list including “the various excellent creator-driven books from DC Black Label,” with The Imposter among them. Its praise is further testament to DC Black Label publishing some of the best modern Batman comics.

The Nice House On The Lake

While still in the realm of DC Black Label, James Tynion IV’s The Nice House on the Lake is an isolated horror series to change the pace. The writer came from a well-received tenure on Detective Comics and recently wrapped up his Batman run, with Tynion emphasizing that his best strengths come the bizarre and frightening.

RELATED: 10 Best Comic Books Ever, According To Ranker

Redditor TerraObus responds to the aforementioned list saying that “Most of my top 10 comics of the year are listed up here,” and that “The Nice House On The Lake is the best of the bunch.” The series is six issues in with another half-dozen to go, and it’s already enthralling readers with visually striking moments of terror and character drama.

Another former Batman writer transitioned over to DC Black Label for something refreshing. Tom King’s Batman may have had its ups and downs, but his subversive noir “whodunit”-style The Human Target has been a proven hit. Redditor boom-bam praises the series saying “he’s playing with all the classic noir tropes but having them play out in the superhero world.”

The story prides itself on influence from the classic, pulpy detective-noir stories of the 20th century while simultaneously, as the same Redditor points out, subverting that genre’s tropes “by having it play out in these beautiful splashy neon colors and Smallwood’s kinda hopeful lovely optimistic drawings.”

Being DC Comics’ best street-level superhero, Batman is a character prime for anthology-style crime-drama adventures as well as the typical long-form story arcs. The announcement of Urban Legends signaled a further emphasis on this storytelling style, bringing together various accomplished creators from the comic book industry to make their mark on the Caped Crusader’s celebrated mythos.

One of which includes Chip Zdarsky, the current writer of the ongoing and acclaimed Daredevil series for Marvel. Redditor FranklinRichardss agrees with DC’s success saying “I mean in a lot of genres and format. DC released awesome comics this year,” citing Urban Legends in their list of the year’s best works.

DC Black Label has also introduced more Wonder Woman into the mix, giving the Princess of Themyscira more of the spotlight she deserves. This series continues the fan-favorite brand of the “color” series alongside the flagship Batman: Black & White.

The previous Redditor gives it particular praise with the other color series saying “I’m not even talking about color series they [have] done for Superman, Batman, and Wonder Woman.” Like the other two members of The Trinity, Wonder Woman’s Black & Gold series was well-received for gathering various creatives to celebrate the history of an iconic superhero in several anthology stories.

The Infinite Frontier relaunch was also a major milestone for Superman. Superman’s main comic book series has been the self-titled series and Action Comics, but this year marked a sort of relaunch for Superman with the subtitle Son of Kal-El. Fan-favorite writer Tom Taylor helmed the series as its writer, and it’s been a great success so far.

Redditor FranklinRichardss also highlights Son of Kal-El for being part of DC’s “multiple LGBT+ stories,” as it revealed Jonathan Kent coming out as bisexual. Jon Kent getting a turn in the spotlight has been a long time coming since he and Damian Wayne have been favorites in the form of the Super-Sons for some time already. Taylor’s series has been praised for its emotional, character-focused writing.

The same Redditor also includes Nightwing in DC’s corner of mainline successes over the past year, with Dick Grayson seeing a return to form in the current Tom Taylor run. Grayson will always be a widely beloved member of the Bat-family, in part for being the original second-half of the Dynamic Duo, but also being a likable, interesting, and charming character in his own right.

Nightwing‘s current high praises largely go toward its grounded approach by making use of the “soft-reboot” formula that understands the fundamentals of what makes him such a lovable hero. At the same time, it’s a great jumping-on point for those who are new or have been away for some time.

Also in Wonder Woman’s corner of the world, DC Black Label’s Wonder Woman Historia: The Amazons series only has had one issue published so far, yet is already turning many fans’ heads. Redditor SequentialNation included the comic in their list when referring to the “excellent creator-driven books from DC Black Label.”

RELATED: 10 DC Heroes That Are Darker Than Their Villains

The Amazons so far is a sprawling odyssey of a story that packs a thoroughly engrossing plot, gods true to the original folklore, and visually-stunning artwork on every page thanks to writer Kelly Sue DeConnick and artist Phil Jimenez. Issue #1 already sets a high bar, with more creatives set to lend their talents in subsequent issues.

The earlier note on “about color series they [have] done for Superman, Batman, and Wonder Woman” also includes Superman: Red & Blue. Like the other color series, Red & Blue has been praised for its tasteful approach in bringing together writers and artists to pay tribute to one of DC Comics’ greatest superheroes.

The new comic book series makes great use of the anthology-style to tell stories highlighting the history of the character. The stories told throughout its 6-issue run are great for veteran fans looking for a celebration of Superman while also being friendly to newcomers who want to get to know the superhero icon.

NEXT: 10 Best Animated Batman Movies, According To Ranker

Guillermo Kurten is a journalism major at the University of Houston. Originally from Caracas, Venezuela, he now resides in Houston. He is a fan of pretty much anything involving nerd culture. Video games, comics, movies, TV, anime, manga, you name it. He also has experience writing about soccer, specifically, the German team Bayern Munich.