It’s the hope that kills you, right?

Well, England have hope – as slender as it might be – of staving off defeat in the fourth Ashes Test at the Sydney Cricket Ground after closing day four on 30-0 in a notional chase of 388.

It’s 358 more runs for England to win their first Test in Australia since January 2011 – but the real goal is to bat out three sessions, record a draw and end the hosts’ hopes of a 5-0 series sweep.

The fact England have not passed 300 in the series will hardly fill fans with confidence, and nor will the fact that Jonny Bairstow (thumb) – who hit his team’s first hundred of the series in the first innings – Jos Buttler (finger) and Ben Stokes (side) are nursing injuries.

The good news, though, is that Zak Crawley (22no) and Haseeb Hameed (8no) have now shared England’s highest opening partnership of the series, topping the paltry 23 managed by Hameed and Rory Burns in the second innings at The Gabba during the first Test.

Sky Sports’ Rob Key hopes the England batters follow the example set by Bairstow and Stokes in the first innings.

Bairstow hit 113, with 52 of those runs coming after he was smashed on the thumb by a delivery from Pat Cummins, while Stokes battled and grimaced his way to 66 as he notably struggled with his side strain.

Key told Sky Sports News: “For the first time in a year at least in English cricket, maybe even two years, someone other than Joe Root threw a punch back at a good bowling attack.

“This nonsense we have heard from England that batting is about batting for long periods of time, leaving the ball well – it’s actually about scoring runs and looking to be positive.

“England have been so negative for such a long time – not even trying to chase a score against New Zealand at Lord’s last summer. Where that gets you is being hammered in the Ashes series.

“Bairstow showed exactly how you are meant to go about it. The great Nathan Lyon, who is called the GOAT, went at five runs an over. England took him down so let’s hope that was a watershed moment for our batting and they continue in that vein from here on in.

“England are up against it but I just want to see them play positive cricket and put bowlers under pressure.”

Positive signs for Crawley and Hameed

Crawley headed into his innings averaging 11 in Tests since his breakout 267 against Pakistan in the summer of 2020, while Hameed strolled out for his averaging 10.14 in this series – the worst average by an England opener in a series having played a minimum of seven innings.

“Hameed was a very different batsman than he was in the first innings,” former England captain and opener Cook told BT Sport.

“He was pushing his hands well in front of his head first time around, but in the second innings he was getting that weight transferred and playing under his eyes.

“That is a much better technical position to be in for a defensive shot. That awareness is a great example of the work going on behind the scenes.

Hameed’s average impact point in this Test of 1.73 metres is the furthest down the pitch of any match in this series. It’s still pretty deep, by global standards, but he’s making an effort to get forward. #Ashes

“What I like about Crawley, and makes me think he has a big future, is that any time a bowler misses his mark he looks like he has got a quality place to score.

“He played a classical drive when Pat Cummins missed his mark and overpitched and then when Mitchell Starc strayed onto his legs he punished him with a boundary as well.

“To be successful in international cricket you have to have that ability to shift the pressure back and that’s what I like about Crawley.

“Yes, we haven’t seen it for a year or so, so can he consistently make better decisions over a long period of time?”

Thorpe, who is leading England while head coach Chris Silverwood completes his Covid-19 isolation, told BT Sport: “It was great to negotiate that tricky last 45 minutes.

“I thought the two guys [Hameed and Crawley] played very well – measured and positive in the way that they moved, so that was pleasing. I want to see a lot more of that tomorrow. 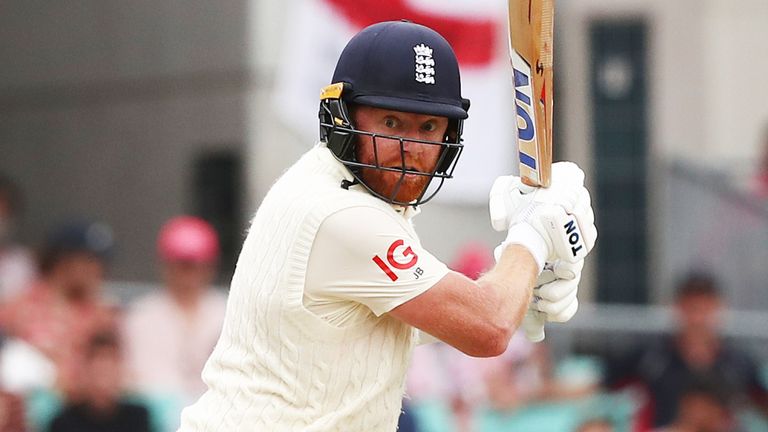 I am sure the lads will take whatever they need to take to get themselves in a position where they are capable of performing on the final day. They will all bat and they will all do their very best, I know that.

“It’s going to require a lot of concentration and good intent – you are not going to be able to win the game but you can draw the game and there are ways of being able to draw the game.

“It’s a great opportunity for whoever throughout the day to spend a lot of time in the middle and put a good performance in which hopefully gets us to safety. I believe we are capable of that.

“Coming out if this, I want to see a handful of players stepping up and understanding what is required at this level when it comes to batting.

“I have seen progress in their awareness of what they have got to do. Now they need to go out and do it. 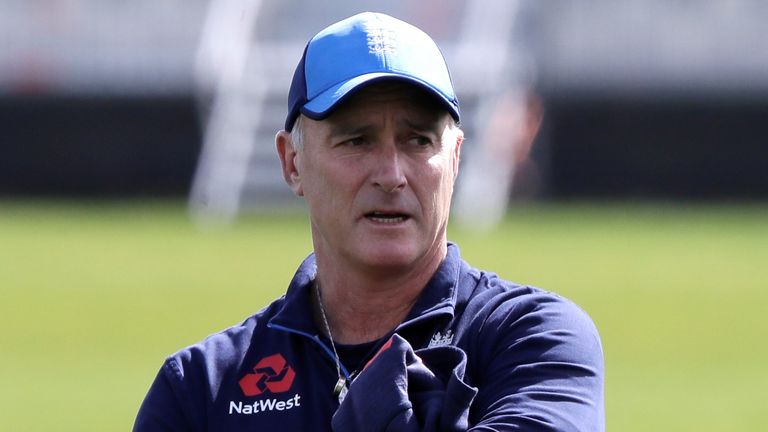 You get hit by a train occasionally and if you do wake up you see what type of level of toughness you require but also what skill level you require against a very good Australia bowling attack in their own back yard.

“The only way to get mentally stronger, I believe, is to go out and do it. If you can get runs against Australia over here, that is going to fill you with a lot of confidence and can push your career forward.

“Technically, you need to shape up well but the biggest thing is making good decisions, which is what the best players do.

“Some of that is a mental approach, keeping yourself positive which enables you to move positively. Play the ball straight when you are defending, don’t play away from your body.

“Have that mindset to go and attack when you get that opportunity. Do it with clarity, execute well in your stroke-play. It’s easy to talk about it – I want to see players go out there and do it.”

Will England do it?

That is the million-dollar question.

The pitch does not appear to have too many demons, with the 11 overs safely negotiated by Hameed and Crawley only seeing one particularly dangerous delivery – Scott Boland getting a ball to rear up and take the shoulder of Crawley’s bat.

Plus, last year in the Sydney Test, India lost just three wickets and scored 236 runs on day five as they battled to a draw with Australia.

However, England are carrying those injuries and despite Mark Wood slamming three sixes off Cummins in the first innings during an enterprising 39 from 41 balls, with him at No 8, that is a rather long tail.

Cook added: “The wicket did die against India last year. You can just see the bounce has gone a little bit so that is a crumb of comfort for England. The heavy roller should kill it a little bit more.”

If the batting fails – as it has been prone to do in this series – then perhaps the rain may save England.

The forecast is pretty dodgy but then that was also the case on Saturday and the wet weather only arrived after play had ended.

It might be that dogged batting, not a downpour, is England’s best hope.