“England haven’t done their weakest suit yet so Australia, if they can get 250, will feel they are very much in the game against this England batting line-up – but, who knows, maybe this is the time England’s batters stand up. They have an opportunity to make a name for themselves”

Rob Key says Stuart Broad dismissing David Warner for the 13th time in Test cricket only highlights how “ridiculous” it was that England left him out of the Ashes opener in Brisbane.

Broad had Warner caught behind for 30 on day one of the fourth Test in Sydney as he removed the batter for the eighth time in his last seven Tests against Australia.

The England seamer is making just his second appearance of this Ashes series, having also been left out of third Test at the MCG, which Australia won by an innings and 14 runs to retain the urn.

Speaking to Sky Sports News after Australia closed a rain-hit first day at the SCG on 126-3, former England batter Key said: “You absolutely have bogey bowlers. I had about 18!

“For Michael Atherton, it was Glenn McGrath. For Sir Alastair Cook or Sir Andrew Strauss it might have been South Africa’s Morne Morkel from around the wicket.

“For David Warner, it is Broad – which makes it even more ridiculous that Broad did not play that first Test in Brisbane. Warner would have been sat there thinking, ‘I could really do without facing this bloke’.

“All Warner’s preparation would have been about how he was going to combat and defeat Broad and score runs against him – and then England don’t pick him! This just shows how poor a decision that was.

Sky Sports Cricket expert Key believes Australia, who hold an unassailable 3-0 lead in the series after crushing victories in Brisbane, Adelaide and Melbourne, will “feel very much in the game” if they can scramble up to 250, what with England’s batting having been so brittle.

Former Kent captain Key says the young and under-pressure members of England’s batting line-up, which has topped out at 297 in six innings in this Ashes series so far and was rolled for just 68 at the MCG, have a tremendous opportunity to establish themselves.

“England haven’t done their weakest suit yet so Australia, if they can get 250, will feel they are very much in the game against this England batting line-up – but, who knows, maybe this is the time England’s batters stand up. 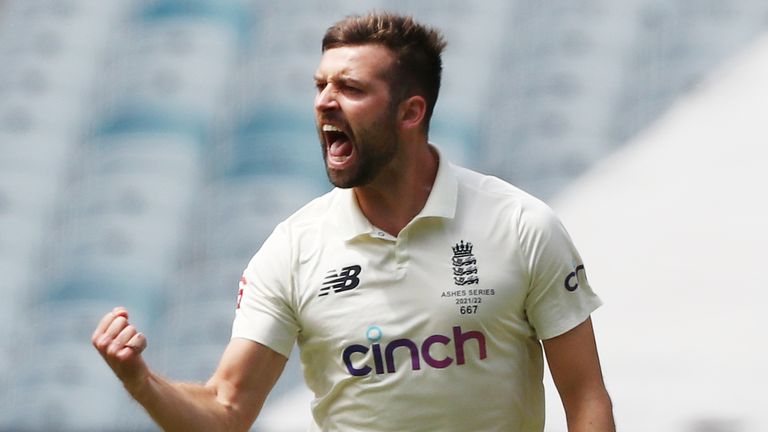 England have come to the end of a day’s play in a better position than they have done after any other day’s play in the series so far. They are not out of the game, as they sometimes have been after the end of day one, and are very much in it. They have done well and after losing the toss they would have taken that position.

“You just want to see runs. There is so much to gain for the young batters, in particular. This is everything you dream of as a kid.

“It’s not the World Cup, or playing India or New Zealand, as good as they are. You dream about getting runs in Australia against Australia.

“If you can do that, you set yourself up for a long time in this team. They have an opportunity to really make a name for themselves.

“It’s a massive couple of days. Forget about England winning or losing – this is about establishing yourself and getting your career going.”

Finally, reflecting on England managing director of cricket, Ashley Giles’ comments that “systemic change” is needed for the side to boost their flagging Test fortunes, Key added: “It’s not because of this Ashes series that we are saying pitches in county cricket aren’t great or there is too much cricket.

“This was said after the last Ashes and Joe Root has gone on about pitches in England for years now.

“Giles says we need this change – but isn’t that his job to sort all of these problems out?

“He is the man in charge of English cricket. He has been in the job a while now. Isn’t that what he is supposed to have been doing?”