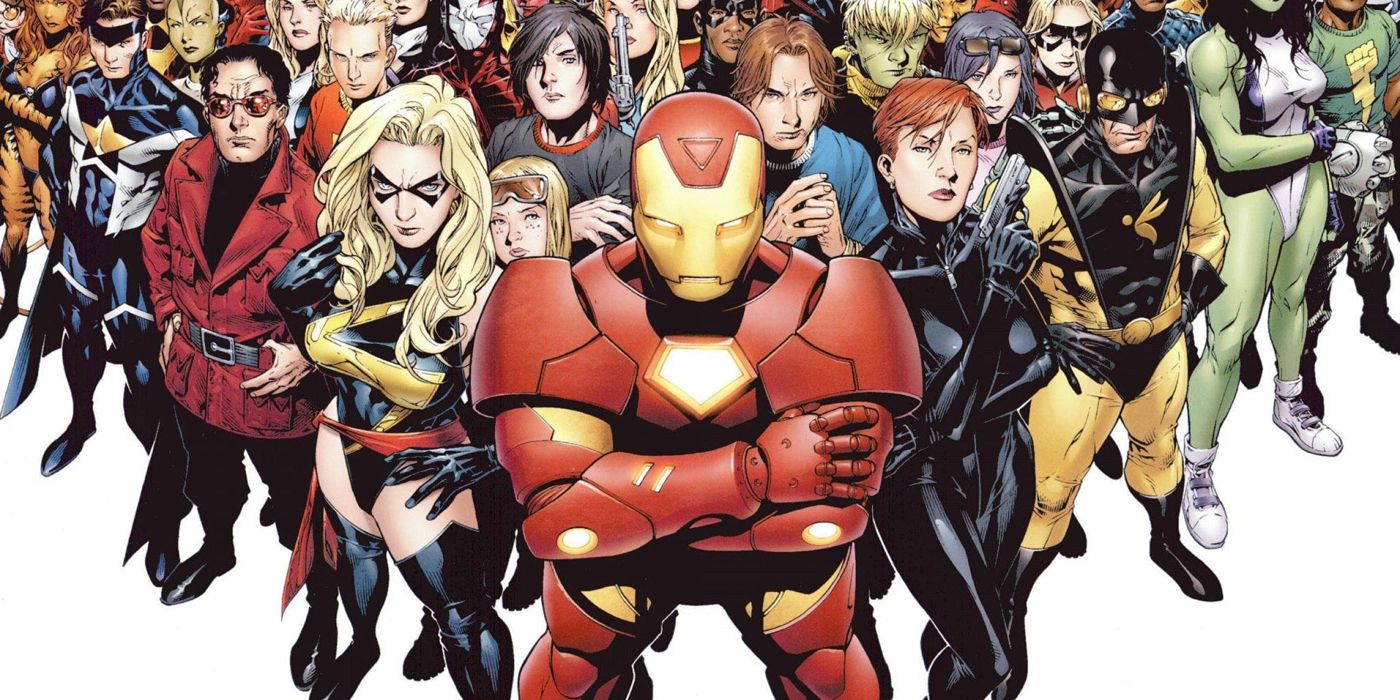 
Iron Man often uses his smarts for the greater good of the Marvel Universe, but during the Avengers’ first meeting his intentions were far more shady.

During a preliminary meeting of Earth’s Mightiest Heroes dubbed The Avengers, the team’s benefactor, Tony Stark aka Iron Man, did some head-scratching things that exposed the darker side of his heroic endeavors. Suffice it to say, having ulterior motives for inviting the Hulk to join the team as well as invading the privacy of The God of Thunder himself, Thor, doesn’t exactly make Tony the most ethical of heroes, and he doesn’t seem to care about it one bit.

Seen way back in The New Avengers #1, By Brian Michael Bendis and Stuart Immonen, as well as in Civil War #4, by Mark Millar and Steve McNiven, these two issues recount events from the early days of the Avengers, well before the team became the worldwide phenomenon they are today. Centering on two Iron Man-related incidents set during the same timeframe, seeing a darker side of Tony Stark isn’t exactly a new thing for Marvel fans, but just how early in his career these tendencies showed is what’s truly alarming.

Related: Marvel Admits Iron Man Officially Has Too Many Armors

First touched on in the backup story of The New Avengers #1, “The Oral History of the Avengers” details the events surrounding the first team-up of the Avengers directly from the mouths of the heroes that were there. Retelling how Ant-Man, Wasp, Thor, and Iron Man had to take on a Loki-controlled Hulk and save the day, one of Iron Man’s lines draws attention to what his original intentions were for Marvel’s Green Goliath: “I wanted to study him. It wasn’t to understand him… he was the secret weapon.”

Further exposing Tony Stark’s dark side after a cloned version of Thor murders one of their own during the events of Civil War #4, this issue sees the hero Yellowjacket recount a moment from the team’s first encounter that lines up with Tony’s secretive thoughts on Hulk as well as how he was able to clone Thor in the first place. Saying, “Did you know Tony had been holding onto that strand of Thor’s hair since the first meeting of the Avengers? What kind of man combs his furniture for hair follicles and skin cells,” this comment shows that while Tony most definitely has become more heroic over the years, him initially seeing his teammates as living weapons shows a darker side of him that has become an inconsistent but real threat over the years.

Doing what he can to help those he cares about is something that Iron Man has always strived to accomplish as a hero, but going about it in ways that are secretive and downright unethical are things that can’t readily be ignored. Clear in his intentions to utilize his budding teammates as experiments or even weapons should he get the chance, learning that Iron Man started his Avengers’ career with a less than heroic attitude is a disturbing fact for a guy that’s usually three steps ahead of the villains he fights, with his friends and teammates now included in his plans.

So while Tony has made many missteps over the years, his mindset during the Avengers’ inaugural meeting has shown how dark this hero can be at times. Iron Man is an Avenger that will stop at nothing to help others, but sometimes Tony can go too far in his mission of peace and protection.

Next: Even Iron Man Admits Magneto Is Right

Brian is first and foremost a nerd in every way shape and form. He likes to compare himself to a black hole, consuming any and every form of entertainment unlucky enough to get caught in his gravitational pull. It’s not uncommon on any given day for him to read a couple comics, settle down with a good book, watch a few movies (inside and out of the theater), catch up on his ever growing but never depleting streaming queue, challenge himself with a few good video games, and of course, write his heart out. He spends every waking moment dreaming up interesting and intriguing concepts and ideas that will hopefully one day inspire and entertain anyone looking for an escape from their daily lives. Graduating from Full Sail University in good old humid Florida, Brian currently lives and works in New York City and lives for the day when all he has to do is wake up and create something unique and new for people to enjoy.