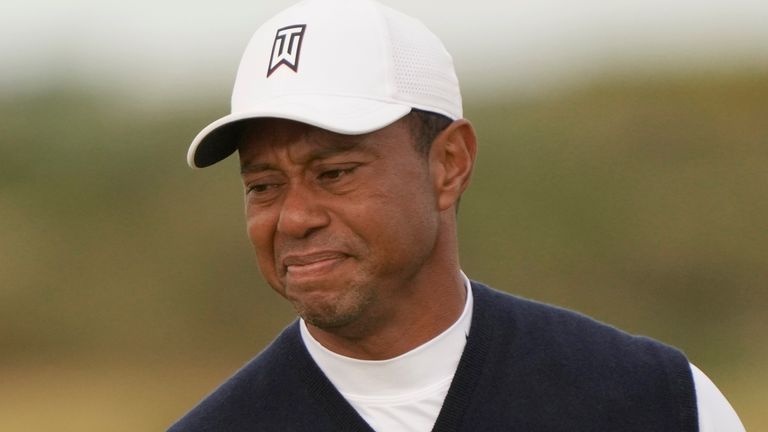 
Tiger Woods has maintained his allegiance to the PGA Tour over the new LIV Golf circuit; Woods said during last month’s Open Championship he “disagreed” with players joining the series; Norman was once more critical of the PGA Tour as he gave a US television interview

Tiger Woods turned down a sum in the region of $700-800m (£572-654m) to join the Saudi-backed LIV Golf Invitational Series, according to the breakaway circuit’s chief executive Greg Norman.

Norman told Fox News the offer was made before the Australian was named chief of the controversial series, which is bankrolled by Saudi Arabia’s Public Investment Fund.

“That number was out there before I became CEO,” Norman said of the dollar figure presented to Woods. “Look, Tiger is a needle-mover, right? So, of course you’re got to look at the best of the best. They had originally approached Tiger before I became CEO. That number is somewhere in that neighbourhood.”

Woods has maintained his allegiance to the PGA Tour over the new circuit.

Speaking at the Open Championship in Scotland last month, Woods said, “The players who have chosen to go to LIV and to play there, I disagree with it. I think that what they’ve done is they’ve turned their back on what has allowed them to get to this position.

“You’re just getting paid a lot of money up front and playing a few events and playing 54 holes. They’re playing blaring music and have all these atmospheres that are different.

“I just don’t see how that move is positive in the long term for a lot of these players, especially if the LIV organisation doesn’t get world-ranking points and the major championships change their criteria for entering the events.”

Woods also took a shot a Norman last month after the Australian was uninvited from festivities celebrating the 150th Open Championship.

“Greg has done some things that I don’t think is in the best interest of our game, and we’re coming back to probably the most historic and traditional place in our sport,” Woods said. “I believe it’s the right thing [to exclude him].”