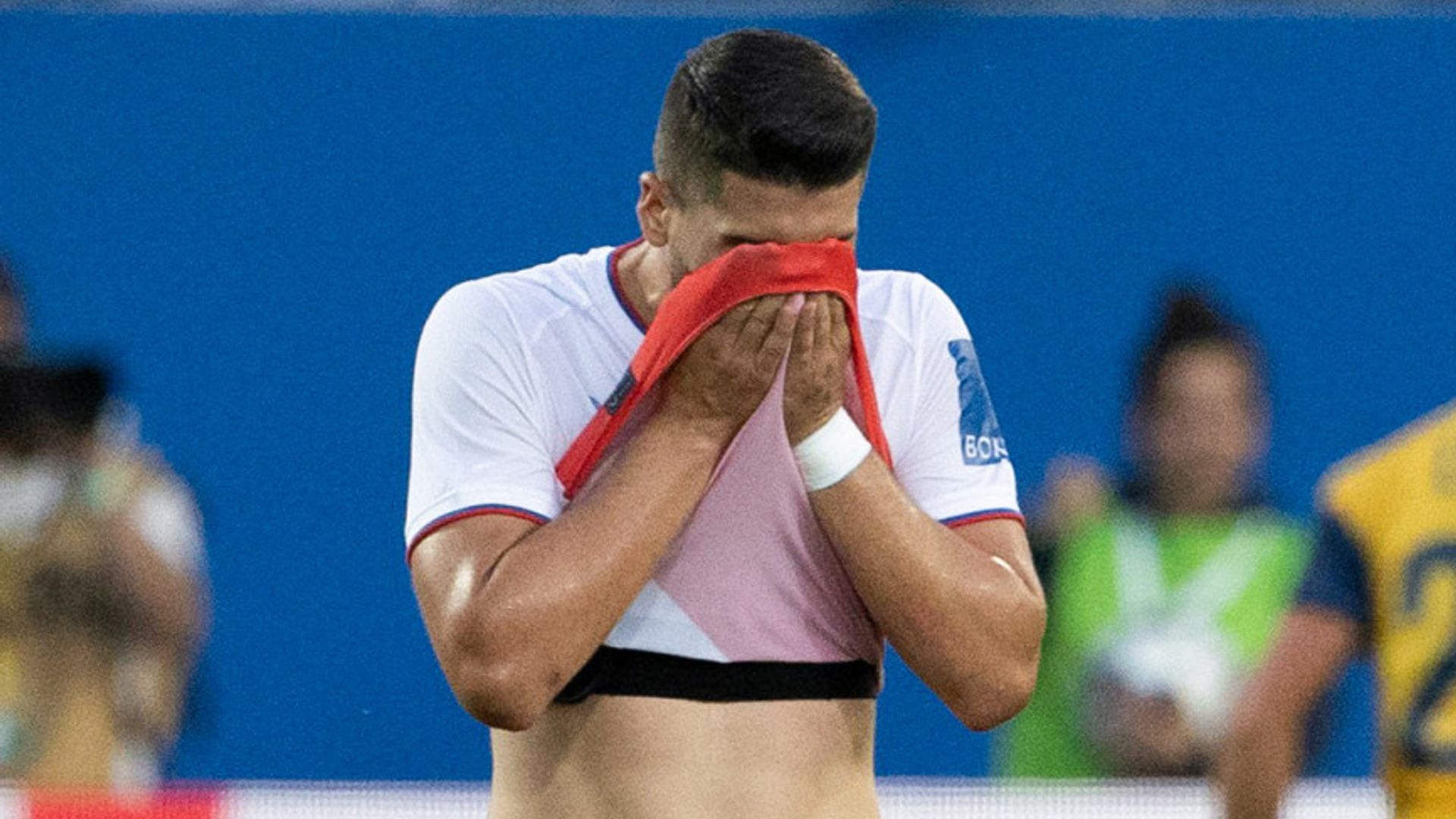 Rangers must overturn a two-goal deficit at Ibrox to keep their Champions League hopes alive after losing the first leg of their third qualifying round tie 2-0 at Union Saint-Gilloise.

Teddy Teuma scored the Belgian side’s first European goal in 58 years as his low strike went through the hands of goalkeeper Jon McLaughlin in the 27th minute.

Giovanni van Bronckhorst’s Gers looked out-of-sorts with their quest to qualify for the group stage becoming even tougher when Dante Vanzeir converted a second-half penalty after Connor Goldson was adjudged by VAR to have handled the ball in the area.

McLaughlin made an important late save to deny Vanzeir before James Tavernier cleared off the visitors’ line in injury time to keep Rangers in the tie, but they have it all to do in the second leg next week.

How Rangers were beaten in Brussels

But USG came alive when Vanzeir slid a cross from Simon Adingra, on loan from Brighton, just past the near post before captain Teuma’s drive which found its way past McLaughlin.

Bart Nieuwkoop drove inches wide of McLaughlin’s left-hand post from the edge of the box just before the hour which prompted Van Bronckhorst to bring on Ridvan Yilmaz and Ben Davies for their debuts.

However, the changes couldn’t stop the home side’s pressure with McLauglin saving from Adinga and then Vanzeir before a VAR check led to referee Irfan Peljto deciding Teuma’s drive which hit the arm of Goldson was deserving of a penalty, dispatched by Vanzeir.

The Rangers keeper then denied Vanzeir to prevent it becoming 3-0 before Tavernier cleared off the line in added time to prevent further woe.

Boyd: Rangers looked a shadow of their Europa run

“Rangers never really started. The run they went on in Europe last season had energy, pressing teams from the front, stopping teams getting out – I never saw any of it tonight.

“They were really sloppy with the ball. If anybody in Scotland underestimated the Belgians tonight then they’ve got a wake-up call. They’ve shown they can compete at this level. They’ve been a club on the rise since Brighton’s Tony Bloom took control and were runners-up last year to Club Brugge. There’s no shame in that from where they’ve been.

“Rangers have got to be doing better than what they did tonight. They looked slow, lethargic, similar to the first half on Saturday [against Livingstone]. It was really, really poor. They’re lucky to come away with a 2-0 defeat. Rangers going back to Ibrox with a 2-0 defeat is probably the best they could have hoped for at this moment in time.

“They’re going to need that Ibrox crowd but the players are going to have to put on a far better performance. They looked a shadow of the team we saw last year in Europe.”

Rangers will host Union Saint-Gilloise in the second leg on Tuesday August 9 – the loser of the tie will go into the Europa League group stage.

Before then, Gers return to league action at home to Kilmarnock this Saturday at 3pm. Rangers won their Scottish Premiership opener 2-1 at Livingston as they bid to reclaim the title off champions Celtic.