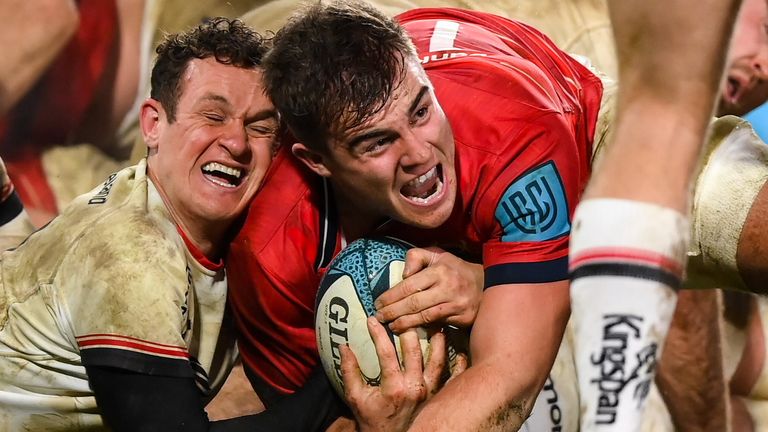 Edinburgh moved to the top of the United Rugby Championship table after a comfortable 34-10 victory over Cardiff Blues at the DAM Health Stadium.

The Blues hit back after the break, with Owen Lane crossing for his fourth try of the season, but were unable to make real inroads into Edinburgh’s dominance.

Cardiff played the final quarter with 14 men after both Liam Belcher and James Botham were taken off injured. Botham received lengthy treatment and post-match the team announced that he’s being assessed.

Bennett’s second try late on put the icing on the cake for Edinburgh, and they now sit at the summit of the table for the first time since the 2009-10 season.

Josh McKay scored his first try for Glasgow Warriors as they earned a bonus point against the Ospreys through a dominant second-half display.

Sione Tuipulotu grabbed two tries and Cole Forbes also crossed, as Warriors secured a 38-19 victory over their visitors at Scotstoun.

Dan Evans provided the Ospreys with their only five-pointer late on, but the Warriors’ co-captain Fraser Brown immediately marked his return from injury by going over to restore Glasgow’s dominance.

Zebo was red-carded for a high tackle in the 15th minute and Ulster, with Rob Herring having earlier touched down, sensed a first victory in Limerick since May 2014.

Two Nathan Doak penalties, in response to a couple of Jack Crowley three-pointers, had the visitors leading 13-6 until Munster rallied.

Inspired by Tadhg Beirne, the men in red closed the gap with a Mike Haley try before replacement Alex Kendellen scored the match winner with five minutes remaining.