HomeSports NewsVikings’ Mike Zimmer bluntly shuts down ‘getting a look’ at Kellen Mond in Week 18: ‘I see him every day’
Sports News 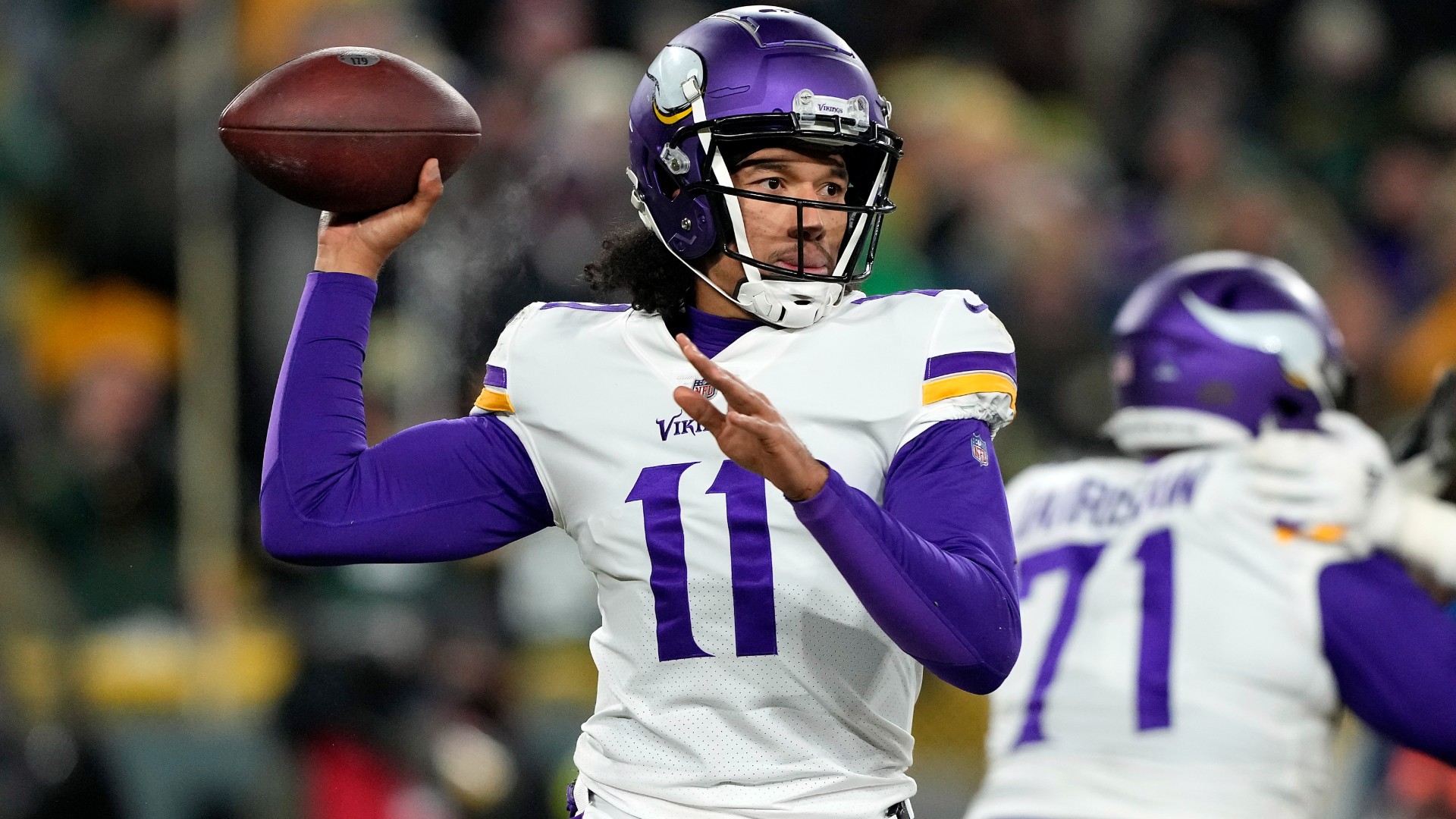 The Vikings were officially eliminated from playoff contention during their 37-10 loss against the Packers in Week 17. Their loss, along with wins by the 49ers and Eagles, guaranteed that they would miss the playoffs for the third time in the last four years.

Because of that, the Vikings’ Week 18 game against the Bears will only impact Minnesota’s standing in the 2022 NFL Draft order. As such, some wondered whether the Vikings would try to take a look at the future in that contest to see what the team has as they begin to retool.

Specifically, many were wondering whether third-round rookie Kellen Mond would get a chance to start in Week 18. Mike Zimmer shut that idea down without hesitation

“Not particularly,” Zimmer told reporters when asked whether he wanted to “get a look at Mond” against the Bears.

“I see him every day,” Zimmer said.

That’s a pretty blunt response from Zimmer, but it’s also not overly surprising. Mond looked raw during the preseason when he completed just 55 percent of his passes (28 of 51) for 310 yards and an interception. He managed 73 rushing yards on 13 attempts but was inconsistent as a passer.

That’s part of why the Vikings went with veteran Sean Mannion over Mond as the starter against the Packers. They apparently didn’t think the rookie was ready to be trusted in a must-win game against a tough defense.

Mond played a single series against the Packers, which amounted to a three-and-out. He completed 2 of 3 passes for 5 yards in his first NFL action, which came during just the second career game for which he dressed.

It’s also worth noting that Zimmer is on the hot seat in Minnesota after missing the playoffs again, so he might not have a good reason to look at the team’s future at quarterback. As such, he seems most likely to turn back to Kirk Cousins in Week 18, provided that the team’s top quarterback is cleared from COVID protocol.