HomeSports NewsWatch: “Oooh Kyrie, what are you doing at home?!”, “Are you going to Cancun?!”
Sports News 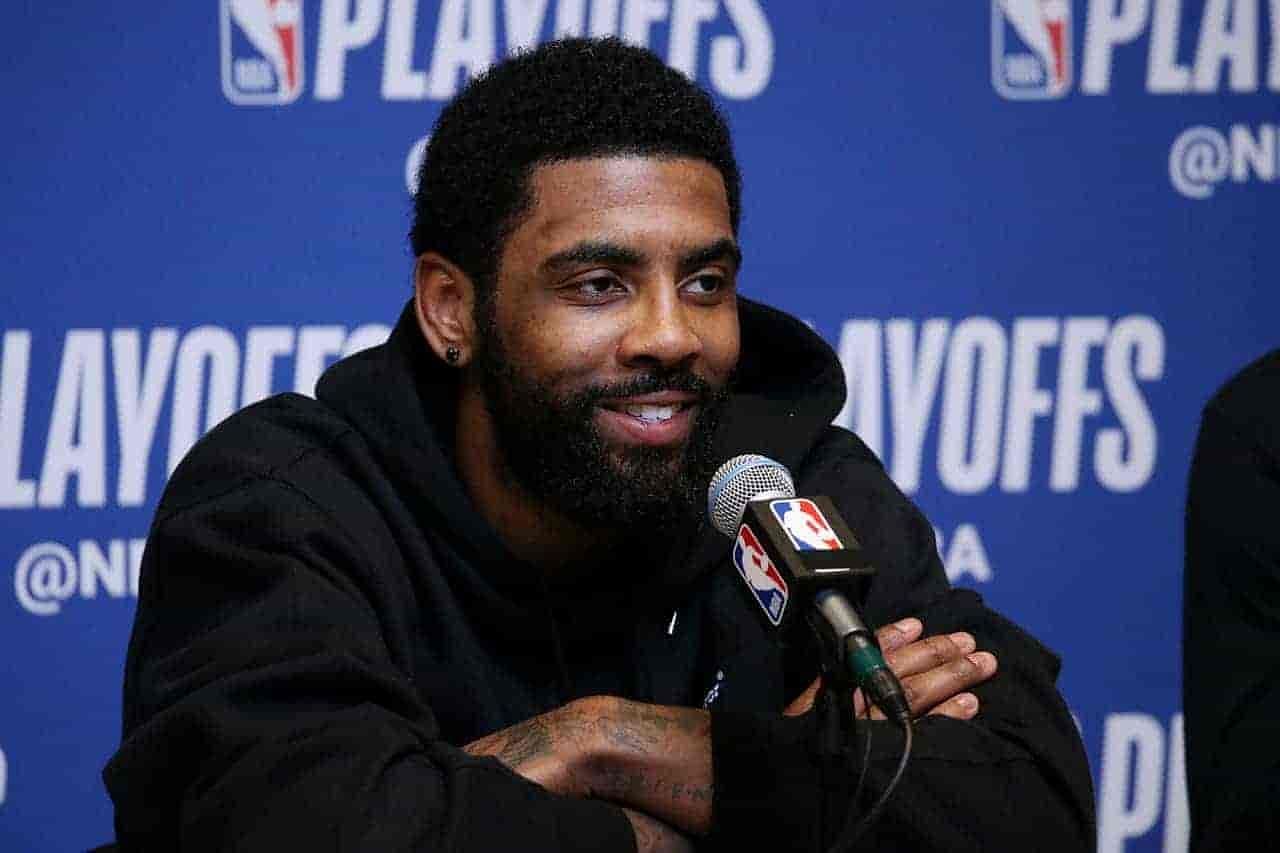 
Kyrie Irving’s last shot at critics came late last month when he posted a long-winded, somewhat confusing epic rant on Twitter. Among other things, the Brooklyn Nets superstar ripped the “puppet masters” for trying to “gain popularity” by changing narratives.

“Kai” had a more direct and spontaneous clap back at detractors while playing Grand Theft Auto V. While completing the mission, the NBA champ mimicked and ridiculed his so-called real-life attackers:

“It’s about so long I could say the same jokes, “Oooh Kyrie, what are you doing at home?!,” that’s how y’all sound to me. “Are you going to Cancun?! Where are you, you at home? Oh, Kyrie you suck!”

Kyrie Irving sounded hilarious with his mockery and could have used the same approach and tone in his past epic rant to be more realistic and believable. While he previously insisted that criticisms were nothing to him, it was pretty clear he heard and took note of all the bashing.

With a long offseason facing him after the Nets’ incredibly tumultuous and disappointing season, Irving will have enough opportunities to mock his critics while playing video games.

It’s almost a no-brainer that Kyrie Irving will opt out of his player option to become an unrestricted free agent. He will then seek a maximum five-year deal worth roughly $250 million that only the Brooklyn Nets can give.

Brooklyn, however, may have some reservations about giving a long-term megadeal to a player who has only played 103 games in three seasons. Irving’s biggest clout within the franchise is his close friendship with Kevin Durant. Without the risk of offending KD, the Nets would have all the leverage in contract negotiations.

Despite all his public support, Durant should also know that the biggest reason for the Brooklyn Nets’ underwhelming season was Kyrie Irving’s absence. “Uncle Drew’s” refusal to take the vaccine cost Brooklyn more than their fair share of games this season.

It isn’t just about the vaccine fiasco, though, that has caused him to miss games. Irving previously left the Nets without prior notice given to head coach Steve Nash and general manager Sean Marks. The team had no choice but to suspend and fine him for taking a “pause.”

.@stephenasmith reacts to Kyrie Irving saying he hopes to manage the Nets’ franchise with KD

“REALLY!? Really? Are you kidding me? … The first thing you have to do is commit to showing up to work!”

.@stephenasmith reacts to Kyrie Irving saying he hopes to manage the Nets’ franchise with KD 😳”REALLY!? Really? Are you kidding me? … The first thing you have to do is commit to showing up to work!” https://t.co/os56vEPsLh

The seven-time All-Star stressed in a postgame interview that he, KD, Marks and team owner Joe Tsai will be co-managing the team. It’s almost unfathomable how he could project such optimism given his status in the franchise.

Kyrie Irving’s goals himself and the Nets:

“I’d like to put together four straight years of team dominance. Winning 60-plus games. Going deep in the playoffs and having fun building relationships that extend beyond the court.”

Kyrie Irving’s goals himself and the Nets: “I’d like to put together four straight years of team dominance. Winning 60-plus games. Going deep in the playoffs and having fun building relationships that extend beyond the court.”More here: nydailynews.com/sports/basketb…

Kyrie Irving, on Kevin Durant’s podcast, is excited to put on a four-year dominance with his buddy while playing for the Nets. Given they have only won one playoff series as a dynamic duo, a single championship might be all the fans and the Nets are asking at this stage.

It’s uncertain how the Nets and Irving will proceed with contract talks, but it’s a guarantee that the mercurial point guard will never run out of critics.