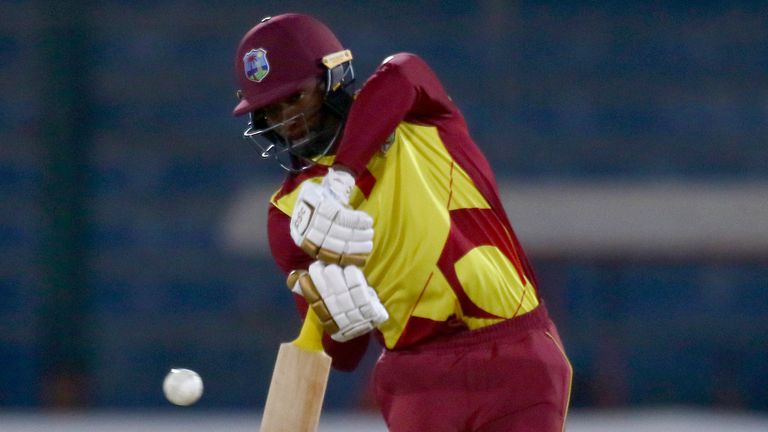 
Brooks and captain Kieron Pollard combine for 155 runs to ignite West Indies after they are reduced to 62-4 in the 19th over; the series stays in Kingston on Tuesday and Friday, followed by a one-off Twenty20

Shamarh Brooks, making his debut at the age of 33, scored 93 and led West Indies to a 24-run victory over Ireland in the first one-day international at Sabina Park on Saturday.

The West Indies were all out for 269 on the penultimate ball before Ireland were dismissed for 245 at the start of their last over.

Brooks and captain Kieron Pollard, who made 69, combined for 155 runs after their side had been reduced to 62-4 in the 19th over. Off-spinner Andy McBrine took two wickets in two overs.

The West Indies went 12 overs without a boundary as Brooks and Pollard picked their moments.

Pollard’s four sixes came in the space of six balls, including three consecutive off McBrine over midwicket, long on and backward square leg. He was out in the 42nd over, top-edging a pull to the long on boundary off Young after 69 off 66 balls.

Brooks went lbw to Adair in the 45th, his fine 93 off 89 balls including nine boundaries and three sixes.

Ireland, coming off a shared series with the United States in Fort Lauderdale, started without Paul Stirling, Simi Singh and Ben White – all infected with the coronavirus.

After William Porterfield was out for a duck and McBrine retired hurt on 34 after being hit in the helmet grill, captain Andy Balbirnie and Harry Tector set a solid platform, even as the run rate was creeping up.

But after Balbirnie was hit on the grill by Odean Smith, he was out three balls later in a new over by Romario Shepherd, poking at a ball and edging behind. Out for 71 off 94 balls, Balbirnie’s exit ended a stand of 103.

Tector was out for 53 off 68 balls in the next over, trying to cut and top-edging Smith to Roston Chase on the boundary.

With both set batsmen gone by the 38th over, Ireland never recovered.

The series stays in Kingston on Tuesday and Friday, followed by a one-off Twenty20.