HomeSports NewsWhat does the future hold for Demetrius Andrade at 160 pounds?
Sports News 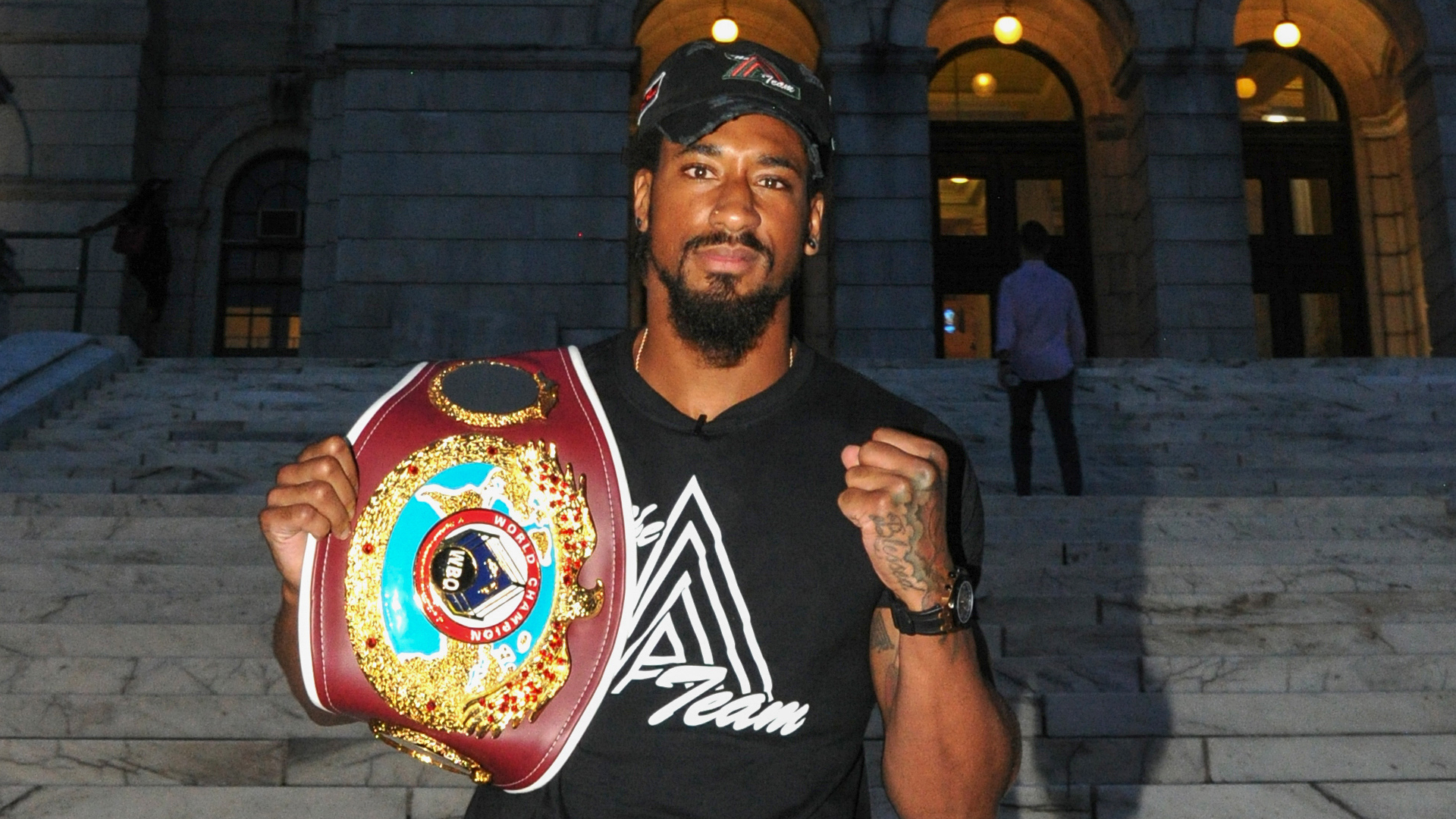 Over the past few years, Demetrius Andrade has kept a firm hold of the WBO middleweight title. If he is unable to receive opportunities against other champions in his division, however, there is another path he could follow.

The WBO recently ordered Andrade to defend his belt against Janibek Alimkhanuly. His last three opponents — Luke Keeler, Liam Williams, and Jason Quigley — have not been met with much fanfare. How Andrade has handled those bouts has also been questioned; he didn’t finish those fights early.

Andrade has been looking to fight the Canelo Alvarezes and Jermall Charlos of the world. His promoter, Matchroom Boxing’s Eddie Hearn, may have a solution.

MORE: Is Julio Cesar Chavez Jr. willing to risk it all to fight Jake Paul?

“Demetrius Andrade had a good year. Not the flagship fights that we want, but nice and active. Great win against Quigley last time,” Hearn told Boxing Scene. “He’s got the mandatory against Janibek [Alimkhanuly], but we need a bigger fight than that, in all honesty. So if we can’t find it at middleweight, I think he’ll move up to super middleweight and become mandatory there.”

Andrade made his pro debut in 2008 after winning a silver medal at the 2007 Pan American Games. He won the WBO light middleweight title in 2013, and then won the WBO middleweight title in 2018 with a victory over Walter Kautondokwa. He has defended the belt five times, with a majority of those bouts ending in the ninth round or later. Against Quigley in November, Andrade won via second-round TKO.

Alvarez is the current super middleweight titleholder. He became the undisputed champion in just 11 months after beating Callum Smith, Billy Joe Saunders and Caleb Plant. Canelo is looking to fight in the cruiserweight division, or wherever he sees fit, next. Andrade has been attempting to face him but has been rejected multiple times.

If Andrade were to move to super middleweight while still being middleweight champion, then luck would be on his side. Per the WBO rulebook, he would be considered the mandatory challenger for Canelo’s titles. Andrade has yet to decide on the matter.

“Boo Boo” considers himself the most avoided fighter in boxing today. If the Alimkhanuly fight happens, he’ll need a convincing win to prove he deserves a shot at the other champions, or at least a credible challenger. It is up to him and his team as to how he wants to handle his career heading into 2022.