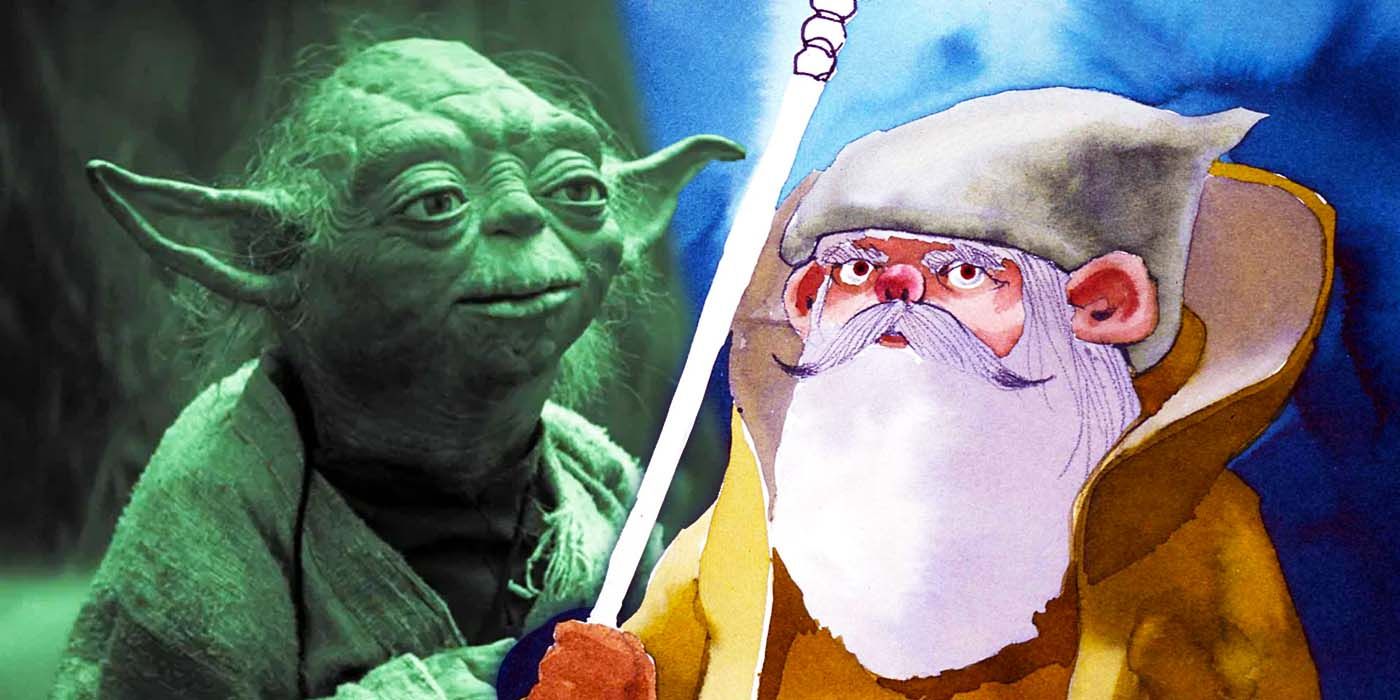 
An iconic Star Wars character, Yoda required multiple artists and a long process to shift his design from a gnome-like creature to his classic look.

Jedi Master Yoda has become one of Star Wars’ most beloved characters, but he originally looked very different from his current iconic design. Star Wars is known for featuring a wide variety of unique aliens, planets, and spaceships. However, much of what viewers see on-screen is much different from the creators’ original concept art. This includes Yoda, who went through a long evolutionary process before reaching his final design.

Introduced in Star Wars: The Empire Strikes Back in 1980, Yoda is a small, green alien of an unknown species. As one of the last remaining Jedi Masters, he taught Luke to become a Jedi Knight. In Star Wars: Return of the Jedi, he died of old age, subsequently becoming one with the Force. Since then, Yoda has become a beloved Star Wars character, frequently appearing in other Star Wars media with various important roles. For example, Yoda served as the Grand Master of the Jedi Order in all three of the Star Wars prequel movies. He also fought in the Clone Wars in the animated television series Star Wars: The Clone Wars. Yoda also later appeared as a Force ghost to counsel Luke in Star Wars: The Last Jedi.

Throughout Star Wars‘ multi-decade run, Yoda’s look has changed multiple times, switching from a puppet to a CGI character and back to a puppet. However, Yoda’s design changed greatly before he even appeared on-screen for the first time. Many artists contributed to Yoda’s design before Star Wars: The Empire Strikes Back was released, and their concept art shows Yoda evolving from a garden gnome to his iconic look today.

Published in 1980, The Empire Strikes Back Sketchbook shows concept art sketches drawn by Joe Johnston and Nilo Rodis-Jamero that model makers were later able to use to create aliens, props, and settings. Many of their Yoda sketches are similar to his final design, featuring pointy ears, wrinkles, and a small stature. In contrast, one sketch depicts Yoda as a dwarf-like creature with a full beard, pointed hat, and “magic” staff. Later designs moved away from this fantastical emphasis toward Yoda’s alien look.

The 2016 book Star Wars Art: Ralph McQuarrie depicted many of McQuarrie’s art pieces, which contributed to the design of both Star Wars settings and characters. In particular, one illustration for Star Wars: The Empire Strikes Back depicts Luke visiting Yoda’s hut on Dagobah. Here, Yoda looks much closer to his final design, but he is still slightly larger with visible, long, thin legs. Later, Yoda’s design had to change for puppeteers to be able to operate him from below the main stage. Due to this, artists had to extend Yoda’s robes to the floor to hide the puppetry.

Ultimately, Yoda’s design came from Stuart Freeborn, a make-up artist. Based upon sketches by all of the earlier artists, Freeborn sculpted a clay model of Yoda’s head. He also incorporated many of his own facial features, blending them with Yoda’s impish look. Given Yoda’s unique design, it makes sense that his development required multiple artists and a long process to become the iconic Star Wars character that he is today.

Next: Mark Hamill Compares Luke Meeting Grogu To Yoda In Empire Strikes Back

Kristen Brown is a Movies/TV Features Writer for Screen Rant. During the summer of 2021, she completed two development internships with Hollywood production companies, Piller/Segan and Chatrone. Her other writing experience includes self-publishing three YA novels about superheroes, beginning with “The White Dove,” under the pen name K. R. Brown.

Based out of North Carolina, Kristen recently graduated from UNC Chapel Hill with a major in Interpersonal and Organizational Communication. Her hobbies include writing, dancing, and acting.