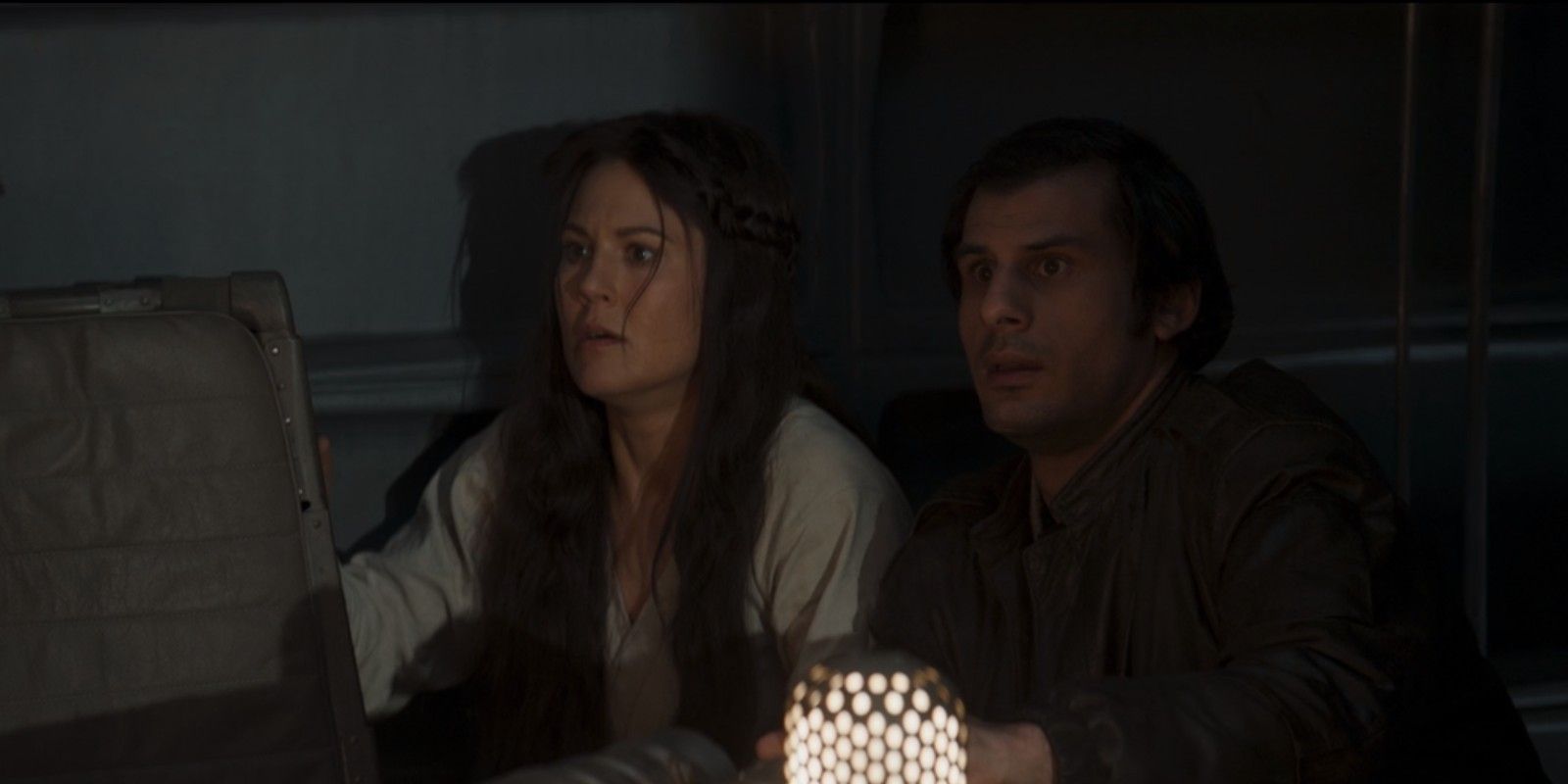 
The Book of Boba Fett makes a deleted scene from A New Hope canon. This scene, if included, would’ve completely changed Star Wars in general.

WARNING: Contains SPOILERS for The Book of Boba Fett episode 2

Star Wars Episode IV: A New Hope‘s deleted Anchorhead scene is more important than fans realize. The Book of Boba Fett has just made the scene canon by introducing Tosche Station and, more integrally, two characters featured in the scene. Those characters are Camie Marstrap and Laze Loneozner (a.k.a. “Fixer”), a young couple who in the deleted scene appear to be friends with Luke Skywalker. While their appearance in Book of Boba Fett on its own is a nice little nod, it also means that the Anchorhead scene also canonically exists, and what happens in that scene completely changes the original film.

In Star Wars Episode IV: A New Hope‘s deleted Anchorhead scene, Luke sees what appears to be a space battle erupting in the sky—the one that opens the film—and heads to Tosche Station, where he hands Camie and Fixer some equipment to work on before reuniting with Biggs Darklighter. After taking his friends outside to check the sky he talks to Biggs, who tells him he’s joining the Rebel Alliance and thinks Luke should do the same. Ultimately, he refuses on account of being required to help his uncle for the season, especially after mentioning that tribes of Tusken Raiders are attacking areas such as Anchorhead.

While deleting it has meant that the Anchorhead scene was not part of Star Wars canon for so long, Camie and Fixer’s return in The Book Of Boba Fett episode 2 means that no longer is the case. It also makes a fundamental change to Star Wars Episode IV: A New Hope. This primarily is Luke’s character arc, which, because of the original film, began simply because he always had the desire to be something greater than himself. The Anchorhead scene, however, shows that he may have had inspiration when coming to that realization.

In Star Wars Episode IV: A New Hope, Luke is intent on joining the Rebel Alliance even if it’s against the wishes of his uncle Owen. The original version of the film makes it seem like this was always his intention from the beginning. The Anchorhead scene provides more context to his motivation. In the scene, it’s clear that Luke is hesitant to join the alliance, which is boiled down to the threat of the Tusken Raiders as well as defying Uncle Owen. In response, Biggs tells him that, once they gain more power, it won’t be long till the Empire takes over Tatooine and Owen is forced to bend to their will. While Luke wanting to join the Rebellion because it’s the right thing to do is what has endeared him to fans for all these years, him taking Biggs’ comments on the Empire’s growing tyranny to heart adds more depth to his decision, as it’s now clear he’s doing this not just for himself, but because it’s what he thinks will protect his family.

Now that The Book of Boba Fett has featured Camie and Fixer in Tosche Station, the Anchorhead scene takes on a whole new meaning. Because it’s canon, fans now have more context behind Luke Skywalker leaving Tatooine to join the Rebellion in A New Hope as well as seeing what an impactful character Biggs Darklighter actually is. Lucasfilm seems to realize that too after they included a scene where he and Luke reunite on Yavin in the special edition. It’d be interesting to see if Dinsey will now include the Anchorhead scene on Disney+, either as an extra or maybe even including the scene in a re-release of Star Wars Episode IV: A New Hope.

Next: Why The Hutts Took So Long To Return To Tatooine After Jabba’s Death

Jake Gleason is a Writer for Screen Rant. He recently graduated from SUNY Purchase with a major in Playwriting and Screenwriting and a minor in History and Theatre and Performance. Jake has written a personal blog expressing his love for all types of media, and now hosts an Instagram account for the same purpose. Most recently, Jake attended Terrificon 2021, where he met Ross Marquand and got to hear his input on what is to come in the final season of “The Walking Dead.”