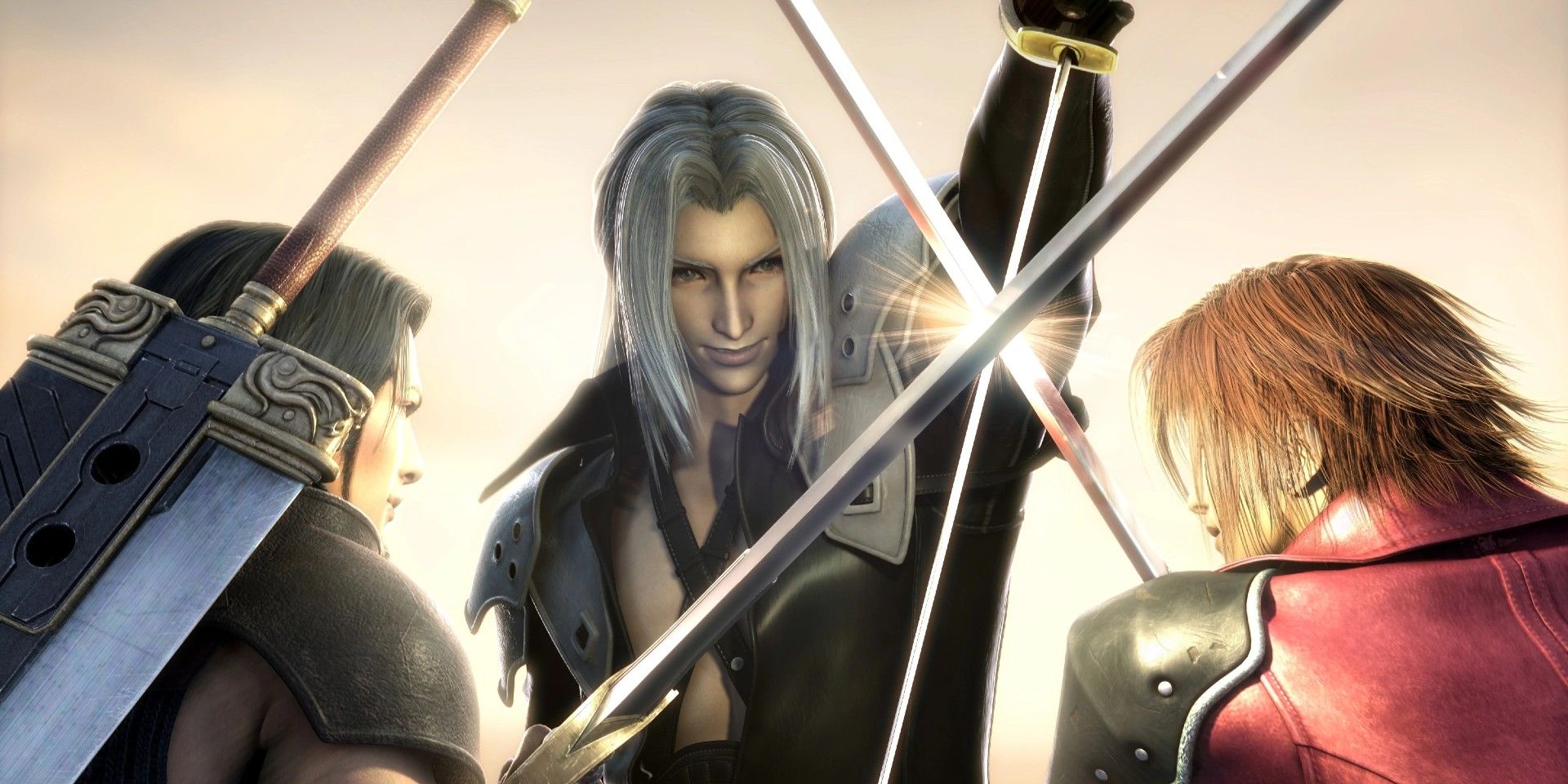 
Crisis Core: Final Fantasy 7 Reunion will launch this winter, and its timing likely has a key purpose, connecting FF7 Remake and Rebirth together.

Crisis Core: Final Fantasy 7 Reunion is coming to all consoles this winter and is launching approximately one year before the also announced Final Fantasy 7: Rebirth – and for a good reason. The team behind the Final Fantasy 7 legacy is known for weaving together a big, long-running story that’s continued for the better part of 25 years, and Crisis Core Reunion is no exception. Being the prequel to Square Enix’s best-selling Final Fantasy entry of all time and being limited to a console that requires players to find a physical copy to play is a high barrier to entry. Considering the success of Final Fantasy 7: Remake, it’s no wonder why the company would want to get this game back into the hands of a new generation of players.

Crisis Core: Final Fantasy 7 was released on the PSP in the west in 2008 as part of the “Compilation of Final Fantasy 7″, a multimedia expansion of the game’s universe. Crisis Core details the past of former SOLDIER member Zack Fair – the second wielder of the iconic Buster Sword. While contrived in some areas, Crisis Core’s importance tied together questions left nebulous throughout the first game’s events. For example, cloud Strife, the protagonist of the original Final Fantasy 7, shared memories with Zack due to various circumstances. Being a prequel, Crisis Core could clarify the memories of the troubled false SOLDIER and show who Zack was in the greater scope of the Final Fantasy 7 universe. Most importantly, Zack’s fate at the end of the original Crisis Core is entirely different than what happens at the end of the recent remake.

Related: Where FF7 Remake Part 2’s Story Has To End

Zack dies protecting Cloud in a showdown at the end of Crisis Core: Final Fantasy. In what seems like an endless battle, players are tasked with surviving as long as they can and wiping every Shinra foe out to keep Cloud alive. Zack succeeds but succumbs to his wounds and perishes. However, fans know that this memorable scene from Crisis Core plays out differently now. After Cloud and company destroy the Whispers, also known as “plot ghosts” by fans, the future events of Final Fantasy 7  are no longer set in stone. However, it seems as though the past events are also adjusted, as Zack Fair’s FF7 origin story no longer ends in death during the final fight of Crisis Core. Instead, he survives, carrying a weakened Cloud across the barren wastelands back to the gates of Midgar. Zack’s survival is why it’s likely that the subtitle of Reunion has been added to the remake of Crisis Core and why Reunion is arriving before Final Fantasy 7: Rebirth.

Crisis Core: Final Fantasy 7 Reunion will likely be a far more critical piece of the more extraordinary Final Fantasy story in the future now that Zack has seemingly managed to escape his fate. Though the core story may be primarily untouched, Crisis Core Reunion may change the end of the game to explain Final Fantasy 7: Remake‘s ending. The characters of this game may also play a more significant role, such as Zack’s former mentor, Angeal. Angeal is constantly depicted as having a white wing, and singular white feathers tend to appear whenever he will impact the story in some way. The new Final Fantasy 7: Rebirth trailer shows the white wing occurring twice, possibly hinting at the return of Angeal. Of course, with Angeal, it likely means the return of the more significant antagonist that set off the events of Crisis Core – Genesis.

Of course, all of this is currently speculation – but the team behind the greater scope of Final Fantasy 7 rarely does anything without purpose. Those who have completed Final Fantasy 7 are acutely aware that the subtitle Remake was a misdirect, as, in fact, FF7: Remake is a sequel to the original game. Though it’s more likely Crisis Core: Final Fantasy 7 Reunion will likely be a remaster for most of the game, it’d be wise for players to assume the purpose for this release is intentional and important before the release of Rebirth.

Dakota Brown is a gaming feature writer for Screen Rant with a background in IT and digital audience management. Up until 2017, he assisted with editing and contributing to various small gaming podcasts.