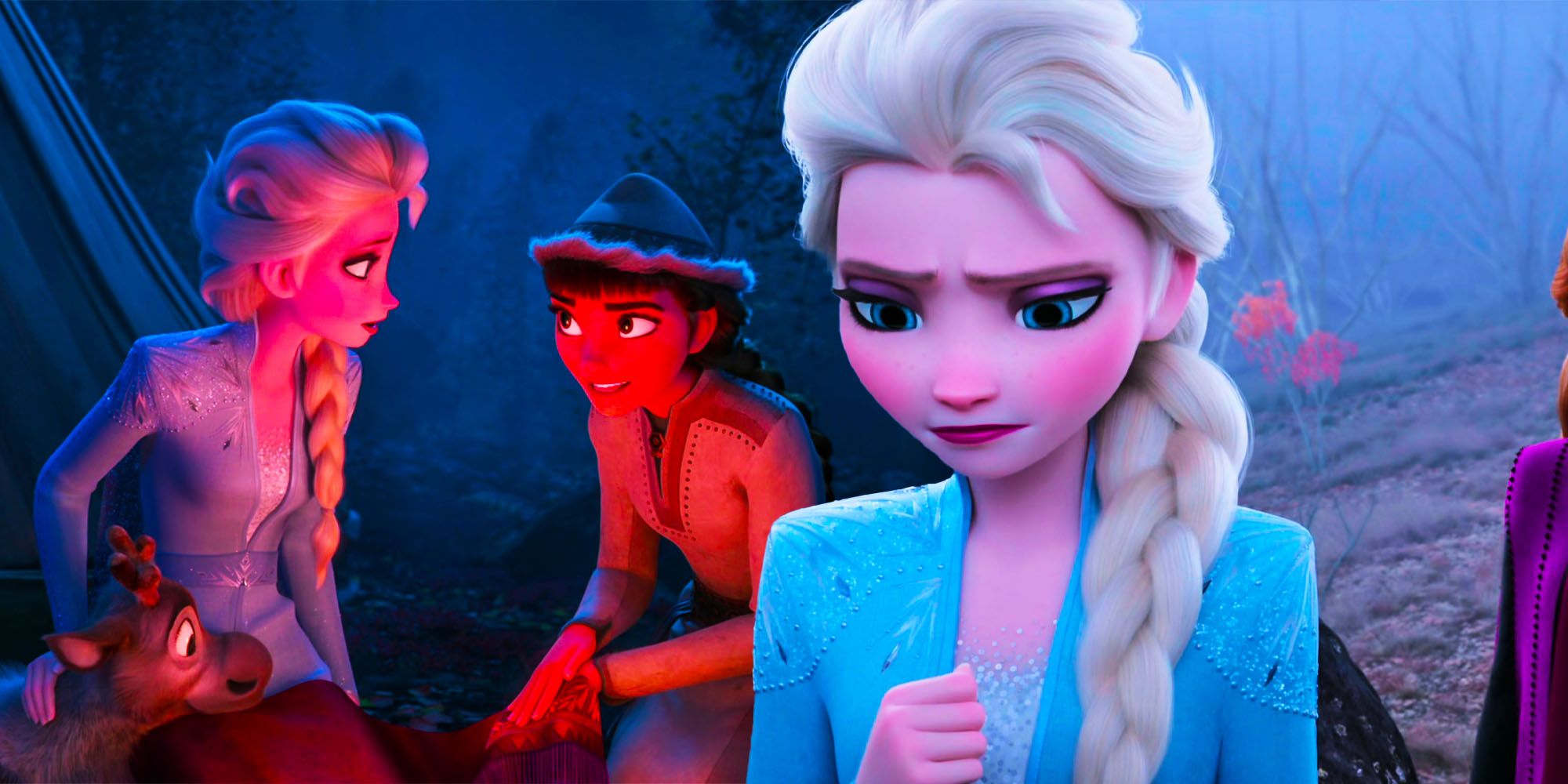 
While there’s an understandable push for Frozen 3 to confirm Elsa is gay, she’s already helping representation without having a romantic relationship.

If Disney ever decides to make Frozen 3, there may be a push to give Elsa a girlfriend, but her character actually works best without having a romantic relationship. While there’s been no discussion yet about making Frozen a trilogy with a third installment, Frozen 2 teed one up perfectly with the few questions it answered and the many more it raised. But while Frozen 3 needs to answer Elsa’s fifth spirit identity questions, it actually doesn’t need to give her a girlfriend in the process.

The Frozen series’ big themes are sisterly love and self-discovery. The first film introduces these concepts perfectly with Elsa’s iconic “Let It Go” scene and the revelation that it is Elsa’s true love for her Anna, not Hans’ love, that broke the spell cursing her sister. Frozen 2 doubles down on the same ideas, primarily with Elsa’s journey to Ahtohallan to find out who she really is, and her assertion to Anna that together they form the two sides of the fifth spirit bridge. In short, Frozen has always been about love, both for oneself and between family members.

Related: Frozen 3: What Disney Still Needs To Do To End The Franchise

It’s because these types of love are already so strong in the Frozen series that Elsa doesn’t need to have a romantic relationship. Disney princess movies focused on romantic relationships almost exclusively until recently, and Frozen stands as a good example of how a story can be just as impactful, if not more so when its leads can instead develop themselves and their non-romantic bonds. In fact, Frozen‘s one romantic relationship between Anna and Kristoff takes quite the backseat in Frozen 2, falling rather flat even despite Kristoff’s valiant efforts with the likes of “Lost in the Woods.” In short, Elsa shouldn’t have a love interest in Frozen 3 because it would defeat the work that the franchise has already been doing towards improved representation.

While it’s certainly true that Disney’s progress in LGBTQ+ representation has been glacial, particularly when it comes to its princess movies, Elsa has been subtly chipping away at this issue all along. Frozen 2 doesn’t address whether Elsa is gay, a question that has long been on the audience’s mind, but in doing so it could actually confirm that she’s asexual. The push for Elsa to be Disney’s first gay princess is understandable, but she can be an equally powerful and important figure as an asexual princess who doesn’t need romance. As the memory of Elsa’s mother sings to her in Frozen 2‘s “Show Yourself,” “You are the one you’ve been waiting for all of [your] life,” implying that all Elsa really needs is her own love. And of course, she has the powerful love of her sister Anna as well. This is a moving and important message for kids and adults alike.

At the same time, princesses like Merida, Moana, and Raya already provide strong examples of stories and loves outside the romantic sphere. Giving Elsa a girlfriend in Frozen 3, on the other hand, would truly be the first move of its kind in the pantheon of Disney princess movies, and would mark a significant improvement in representation. Thus, while Elsa doesn’t need a girlfriend in order to be a complete and interesting character, she still deserves one if that’s what will make her happy, and it could be an important addition to Disney’s collection of children’s movies. If Frozen 3 ever does come to fruition, it will be interesting to see whether Elsa ends up in a romantic relationship or not.

More: Frozen 3 Will Struggle To Satisfy All Fans

The Most Anticipated Sci-Fi Movies Of 2022

Ruth Coolidge is a new writer for Screen Rant and could not be more excited that she now has a really good excuse to watch movies and TV all the time. She has been an avid entertainment junkie for a while and hopes to get into the screenwriting business soon. In addition to her obsessions with writing and movies, Ruth also loves dogs, cooking, and adventuring in the great outdoors.