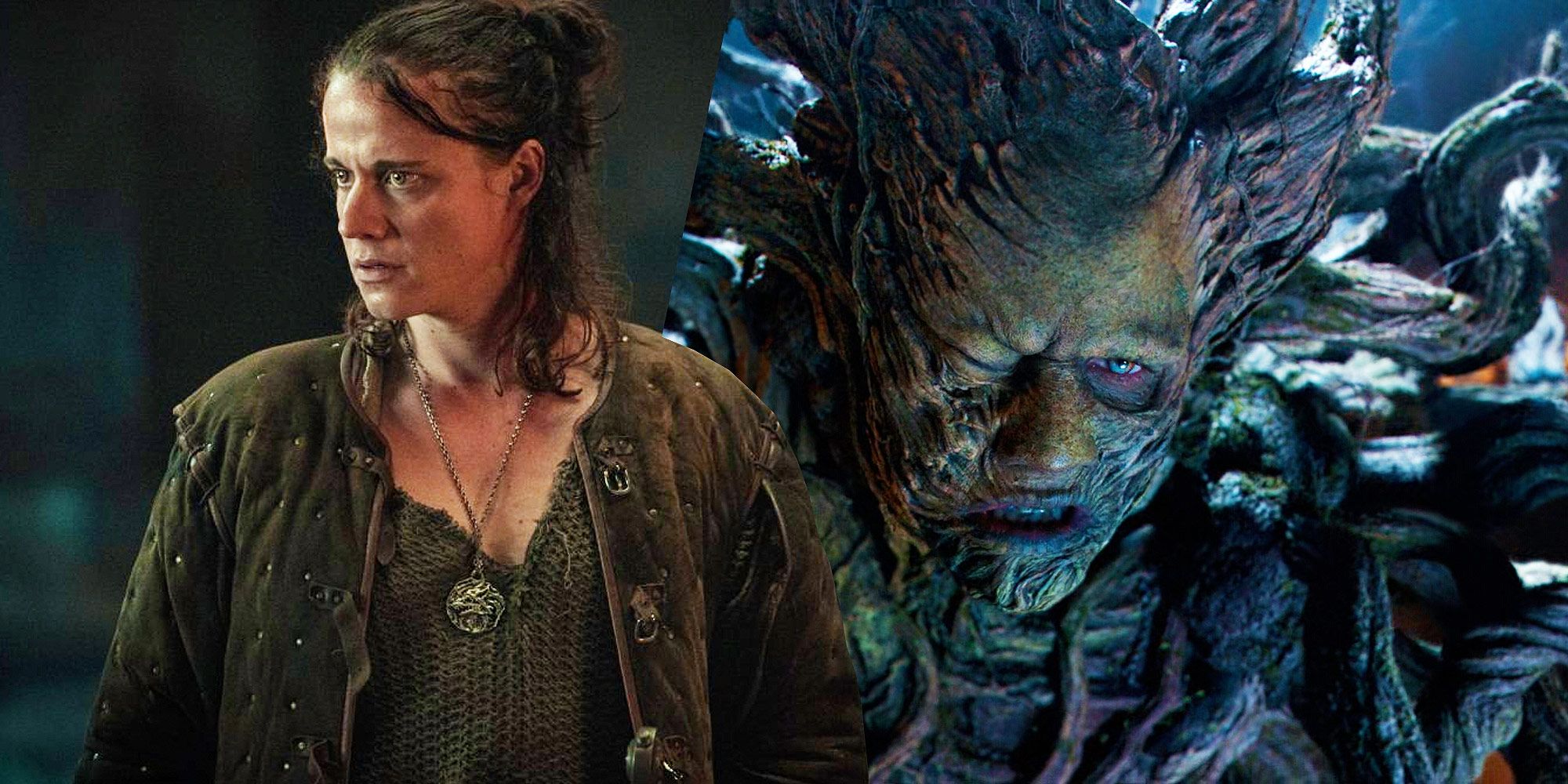 A new behind-the-scenes video for The Witcher season 2 shows a time-lapse of Eskel’s Leshy transformation. The Witcher is the Netflix original series based on the fantasy novels by Andrzej Sapkowski. It follows a witcher named Geralt of Rivia (Henry Cavill) who becomes linked to Crown Princess Ciri of Cintra (Freya Allan), becoming her mentor and protector, while falling in love with the sorceress Yennefer of Vengerberg (Anya Chalotra). The show follows the journey of each individual character, tracing the paths that lead them to each other and the conflicts that arise before and after.

Eskel is played by actor Basil Eidenbenz in season 2, who is a witcher of the School of the Wolf. In The Witcher season 2, episode 2 “Kaer Morhen,” Geralt brings Ciri to Kaer Morhen, the old witcher keep and Geralt’s childhood home, where a number of fellow witchers are introduced, including Eskel. Eskel arrives shortly after Geralt and Ciri, carrying the hand of a Leshy, a dangerous tree-like forest monster. He describes how he battled with it for six hours before defeating it, clutching his shoulder from a wound he received by it. As it turns out, the wound became an infection, transforming Eskel into the very thing he fought.

In a new behind-the-scenes video from makeup artist chloemp_mua from The Witcher season 2, the transformation of Eskel to forest monster Leshy is captured. The clip shows his time in the makeup chair as prosthetics and makeup are applied to create the practical effect. Multiple people were involved in creating the makeup and prosthetic suit that Eidenbenz had to wear for the episode, which ultimately led to a massive battle between him and his fellow witcher’s. The end result was Geralt putting a flaming sword through Eskel’s heart to end his suffering as the Leshy took over, which had both practical and CGI effects applied to bring it all to life (and death). Take a look at the video below:

There are multiple monsters in The Witcher season 2 (as expected for a show about monster hunters), and all of the strange creatures are created to the same incredible standard as Eskel. Geralt encounters a Bruxa, Nivellen, Myriapod, Zeugl, Chernobog, and a number of Basilisk’s in season 2, all of which present their own challenges. In addition, the first look at the Wild Hunt was shown, a group of powerful, spectral-like creatures that are crossing over into the realm of The Witcher and are sure to pose a major threat in seasons to come.

One of the crowing achievements of The Witcher is the special effects, especially the practical ones, and this video is a prime example. The attention to detail and quality of visuals in The Witcher are top tier, putting every bit of the budget onscreen — be it costumes, locations, sets, props or VFX — making it one of the most finely-produced shows on streaming. Oftentimes, a show of its magnitude usually suffers in one area or another due to the complexity of the source material, but The Witcher has found a way to make it work in a way that sets a strong standard for live-action fantasy storytelling.

Next: Every Episode’s Symbol In The Witcher Season 2 Explained